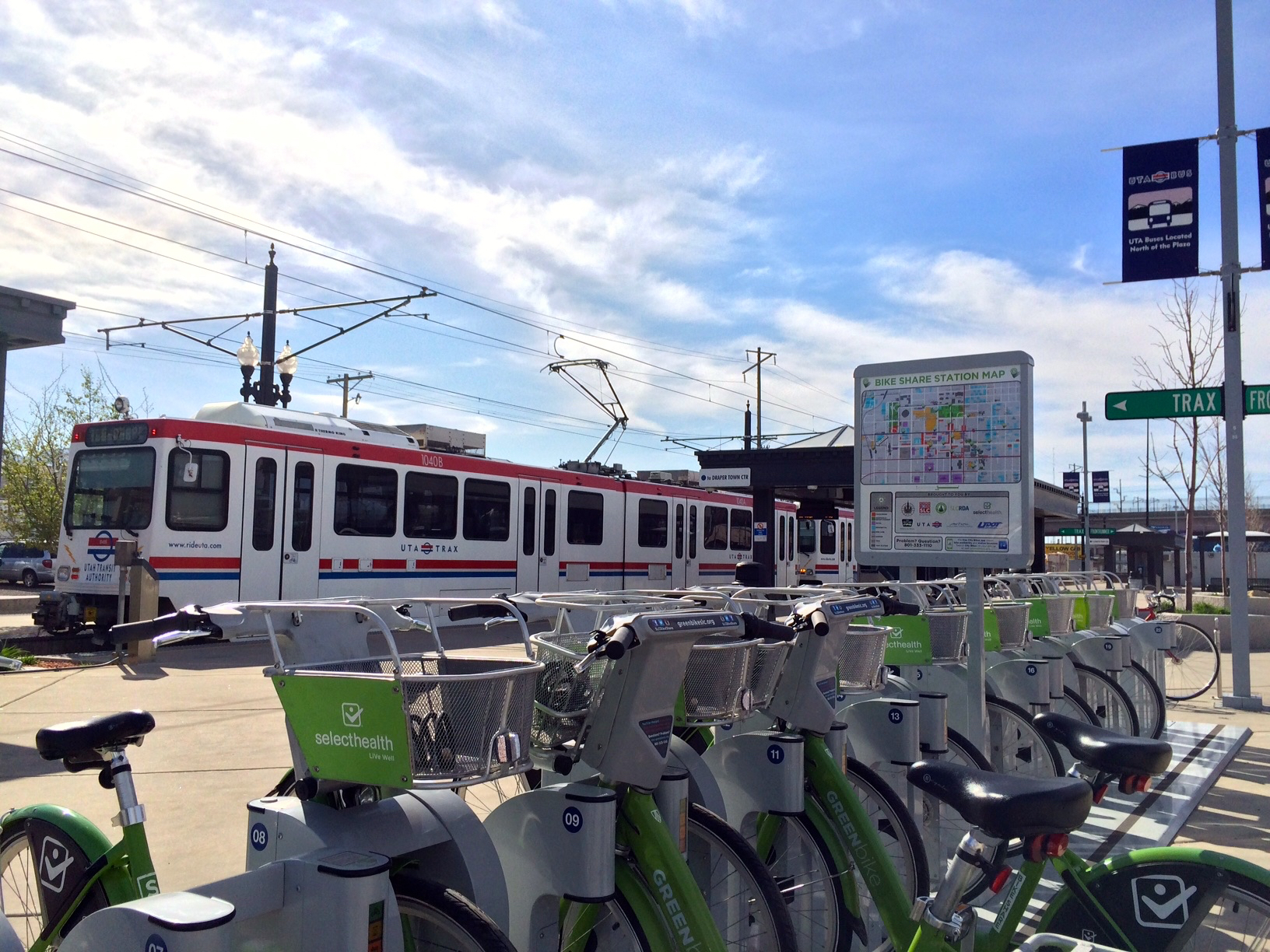 GREENbike, Salt Lake City’s non-profit bike share program, officially opened the 2015 season while simultaneously launching its Office Pass Program, a discounted fare program for businesses and their employees, at a press event in front of the Intermodal Hub in Salt Lake City.

“We want to reduce those barriers between people wanting to use transit and actually using it,”said G.J. Labonty, the Manager of Long-Range Strategic Planning for Utah Transit Authority.  “GREENbike reduces the need for a last mile transfer to another mode.”

The cost of annual pass for GREENbike is $75 and includes unlimited one-hour trips.  A 24-hour pass costs $5 and gives the user unlimited 30-minute trips.

Ben Bolte, the Director of GREENbike, hopes that the Office Pass Program encourages more workers to commute to work.  According to a 2102 UTA performance report, “27% of all worker trips into downtown Salt Lake City are taken via UTA transit.”

Under the current system, bicycle commuters can bike to a TRAX or FrontRunner station, park their bikes in the station’s available bike lockers and use GREENbike to finish the last leg of their commute.

Bicycle commuting is growing in popularity in Salt Lake,  according to a 2013 study by the League of American Bicyclists, bike commuters make up 3.5 percent of all commuters in Salt Lake, compared to a national average of 0.6 percent.

In 2012 Bicycling Magazine ranked the city as the 26th most bike-friendly city in the country.  While, Walkscore.com gives Salt Lake City a Bike Score of 68 out of 100 which recognizes that there is existing bike infrastructure.  A a score of 70 or higher classifies a city as “very bikeable.”

Salt Lake is working to make the city more accommodating to bicyclists.  The city is developing the Salt Lake City Pedestrian & Bicycle Master Plan that recommends a 220-mile network of bikeways by 2035 and increasing the percentage of city streets with a bikeway from the current 50 percent to 85 percent in 20 years.

A  protected bike lane was recently installed along 300 South from Pioneer Park to 600 East.  Protected bike lanes separate bike traffic from auto traffic by moving curbside parking toward the center of the street and replacing it with a curbside bike lane.