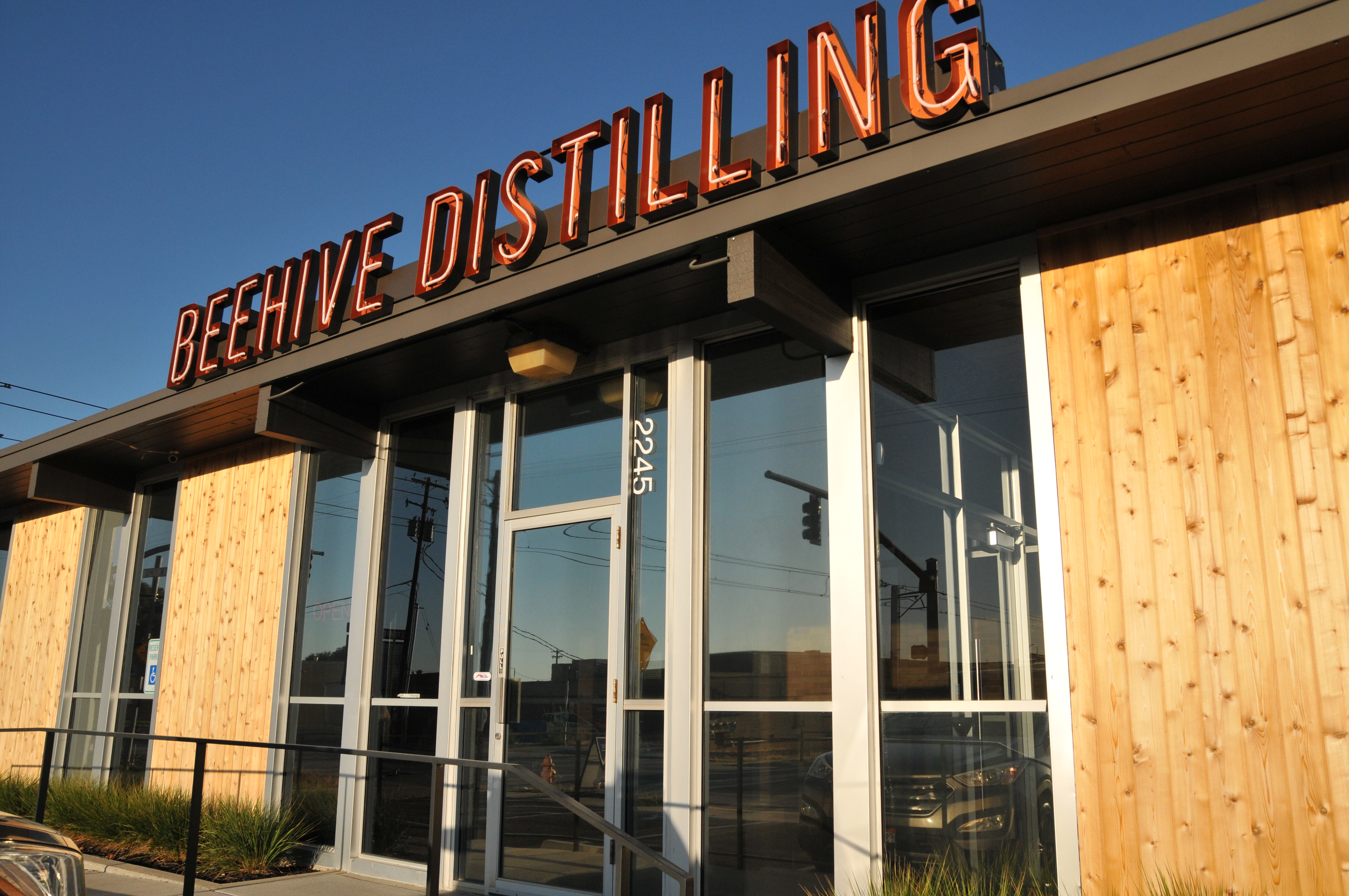 The rush of new residents moving into South Salt Lake will soon have another option to get a drink. Beehive Bar, a full-service bar built by Beehive Distilling, is set to open next week.

The bar has already begun serving customers while it trains up staff ahead of a larger grand opening, likely Sept. 27.

The opening marks the next phase of a journey that started six years ago when three friends were drinking whiskey they’d brought from other states and came up with an idea that lasted through the next day and beyond.

“We ended up with the third distillery license in Utah,” said Matt Aller, co-owner of Beehive Distilling alongside Chris Barstow and Erik Ostling.

Beginning next week, the distillery will offer a variety of cocktails made from its two gins and vodka, as well as other signature cocktails and mixed drinks from 4 p.m. until closing. It has local beer on tap, full-strength beer in bottles and cans, wine and light bar food.

“We want to be a kind of neighborhood bar,” Aller said, “a place that people can stop by in the evening and meet their neighbors for a drink.”

The new bar will sit at a focal point of a developing neighborhood in what is South Salt Lake’s redeveloping downtown.

After moving into its facility at 2245 S. West Temple in South Salt Lake, Beehive expanded its operations. In addition to its spirits, Beehive Distilling cans several mixed cocktails that are all produced in two stills at the West Temple site and available on-site and in state liquor stores.

While the trio has been distilling in the building during its major retrofit, it will join a number of breweries that have opened in the area — all within a half-mile of each other. That’s after a zoning change made it much easier for alcohol businesses to open up shop in town.

Earlier zoning codes and a half-century of general unfriendliness toward alcohol made it difficult to retrofit the plethora of squat industrial buildings that exist in South Salt Lake.

Most existing bars in South Salt Lake existed along State Street. The breweries and now Beehive Bar only began popping up in the developing neighborhood in the past three years, after a City Council zoning change.

Level Crossing is the most recent brewery to open, just south of I-80 on West Temple. Shades Brewing (previously Shades of Pale), the town’s original brewery, sits in a warehouse behind a recently completed apartment building. SaltFire Brewing is at the corner of West Temple and Bowers Way. And Sugar House Distillery is nearby.

“As soon as we bought it, I knew it was the right move,” Aller said.

Unlike its alcoholic neighbors, the Beehive Bar will sit directly on, and in some ways enhance, the S-Line.

The business helped pay for an attractive new mural on its building. It also created a large open window with a bar where patrons can sit or stand while looking out at the trail in an indoor lounge area that creates a patio vibe.

Inside, the wall nearest the bar features a stunning art feature by local artist Lenka Konopasek. Other walls feature paintings by Konopasek and other sculptures hanging above the several different distinct lounge areas.

The nearest transit stop is at South Salt Lake City Station, near Main Street on the S-Line. West Temple being South Salt Lake’s preferred route for people on bikes, a buffered bike lane passes in front of the new bar, which also has some off-street parking on-site.