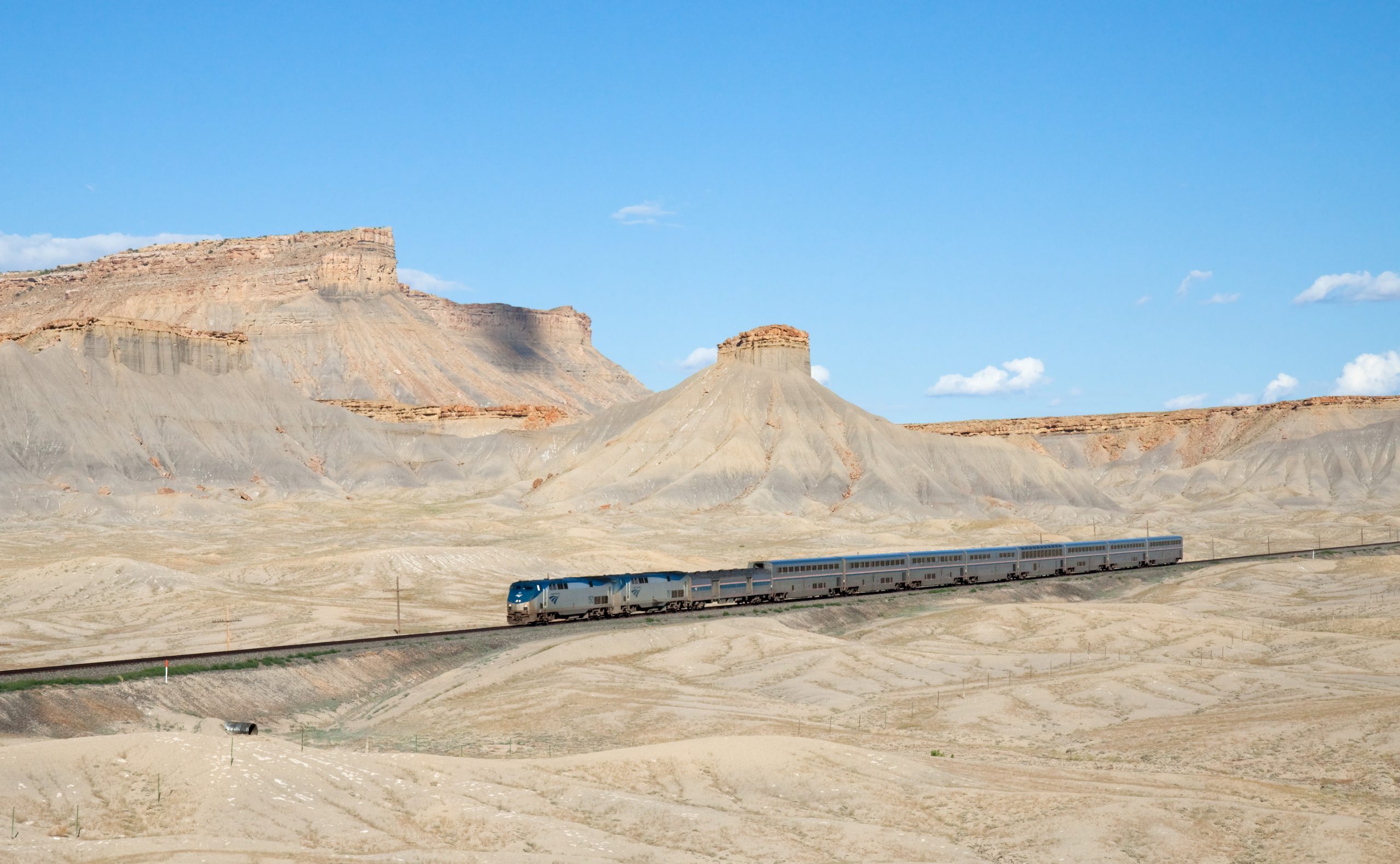 The Federal Railroad Administration (FRA) came up a winner in President Biden’s 2022-23 budget and the Bipartisan Infrastructure Law – though not as big as highways, of course.

Part of the new funding package is for the FRA’s Federal State Partnership for Intercity Passenger Rail Program, which will receive $7.2 billion annually for the next five years. According to the FRA, “This increase in funding will advance projects that expand and establish new intercity passenger rail services to more communities across the country.”

Will any of that come to Utah?

Train enthusiasts were excited this week when a letter of interest signed by the DOT directors of Nevada, Idaho, and Utah surfaced. The state DOTs wrote they “look forward to jointly submitting a proposal” to establish passenger rail service between Salt Lake CIty, Boise, and Las Vegas – which was discontinued in 1997.

Amtrak has a federal mandate to travel on privately-owned tracks, and besides its long-distance routes, runs trains on numerous state-supported routes across the country.

While the letter indicates some level of interest at UDOT, other signs point to indifference and even opposition within the agency to pursuing intercity rail. As the state’s leading advocate puts it, “UDOT is unlikely to put much effort into actually making this happen.”

Mike Christensen, Executive Director of the non-profit Utah Rail Passengers Association, has been advocating for a set of routes in Utah that are strikingly similar to those presented by Amtrak to Salt Lake City stakeholders in July as they pitched the new funding opportunities. Each proposal uses existing tracks owned by Union Pacific.

In making his argument for Amtrak expansion and his LinkUtah proposal, Christensen points to a growing body of research showing the significant economic benefits to Utah communities of a passenger rail link. He notes that those benefits are likely to outweigh the subsidy required from the state, especially given the new federal funding climate.

UDOT’s planning arm, Christensen reports, has reacted to his proposal with indifference, even disdain. In a recent meeting with a deputy director of Planning and Investment at UDOT, Christensen was told that, in his words, “UDOT does not want to be burdened by a train that loses money.” Reacting to his points about the economic benefits to rural communities, the deputy director “responded that UDOT is not in the business of economic development.”

Strange point to make, given that economic development is quite difficult without roads, and UDOT has been serving greenfield developers and suburban population growth for decades.

Despite UDOT’s mixed signals, the calendar dictates that the state of Utah quickly develop its capacity to plan and partially fund rail expansion.

The Federal Railroad Administration’s new program for Corridor Identification and Development is collecting applications through the end of 2022, and will be releasing its priority list in May. Amtrak is quick to note that their vision for expansion “is just a starting point – Amtrak is eager to work with any state to begin or expand any route, regardless of whether the route was included in the vision.”

As of now, Salt Lake – Boise – Las Vegas is not on Amtrak’s expansion map. According to Christensen, UDOT needs to get serious, fast. “The deluge of funding that is about to be rained down by the FRA will only be collected by the states that already have their buckets and cisterns ready.”

He is unequivocal in his assessment of the state’s readiness. In addition to UDOT’s poor attitude, the main obstacle is clear: “The problem is that Utah lacks the institutional capacity to pursue intercity passenger rail.”