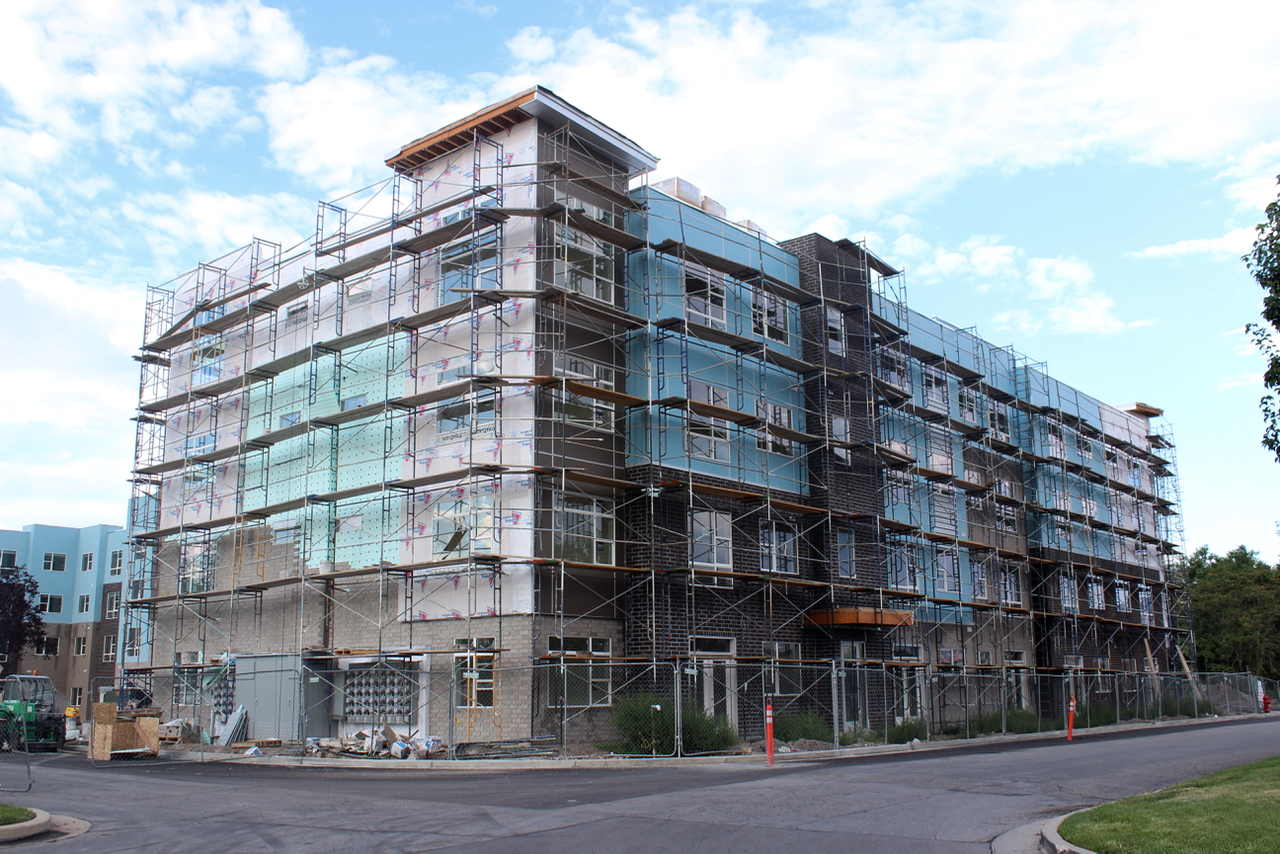 Construction of the West Station Apartments, the first North Temple TSA (Transit Station Area) project to be constructed west of Interstate-15 since the Airport TRAX line opened in 2013, is nearly completed.

The West Station Apartments consists of 145 residential units and 212 surface parking spaces.  The project brings new residents to a stretch of North Temple that is dominated by fast-food chains, gas stations and light industry.

The project is in close proximity to the 1940 West North Temple TRAX Station and directly east of the Sutherland’s Lumber store, near the North Temple and Redwood Road intersection.  The developers plan to construct a pedestrian path to connecting residents to the retail and TRAX Station on North Temple.

Several acres of vacant land  surrounded to the development to the east and the south.  If West Station is a success, the adjacent parcels could be the next phase of development for the North Temple/Redwood Road corridor.