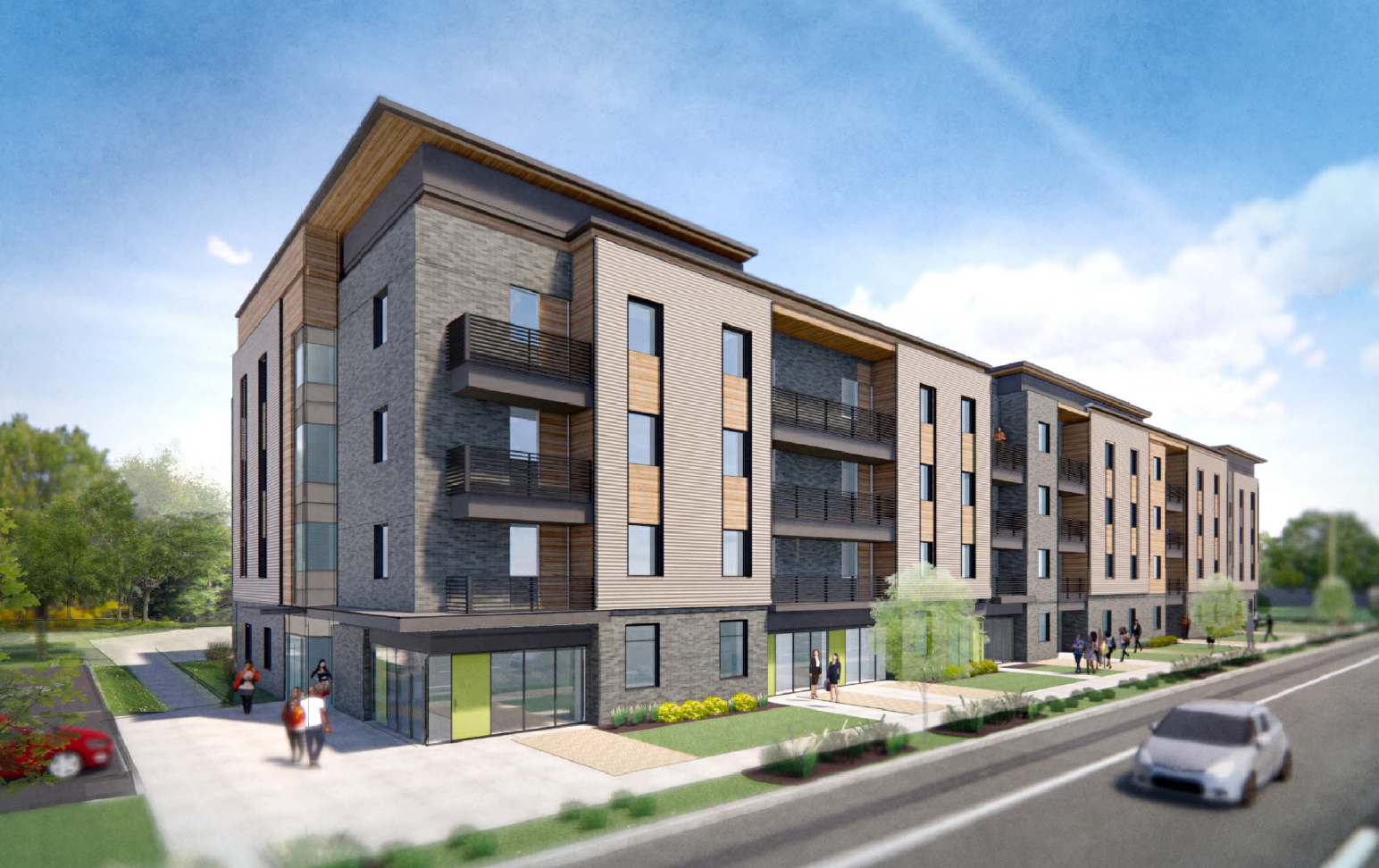 For the past year, the Housing Authority of Salt Lake City (HASLC) has provided transitional housing at the former Capitol Motel at the 1700 South block of State Street.  But now the local nonprofit is ready to provide more long-term affordable housing by redeveloping the former hotel property into a mixed-use, mixed-income development.

HASLC has started the Conditional Design Review application process so that they may begin construction next year on the proposed project referred to as the Capitol Apartments.  The project will be four-stories with 93 residential units, the majority of which will be reserved for residents earning around 40 percent of the Area Median Income.

The project will have a mix of one, two, three and micro one-bedroom apartments.  Surface parking will wrap around the building with a smaller lot directly north of the building and a larger lot behind the building.  The surface lots will have a combined 70 stalls at a parking ratio of 0.75 stalls per one residential unit.  The north lot will connect to State Street and will include 15 bike stalls.  The larger eastern lot will connect to Wilson Avenue.

The bulk of the amenities will occupy the ground floor.  Amenities will include a small fitness center, computer room, shared kitchen space, raised community garden, playground, barbeque area and wellness rooms on each floor.

The Capitol Apartments will replace eight existing buildings on 1.28 acres, including the Capitol Motel, a shoe shop, a tattoo parlor and a single-family home.

The developers will need to go before the Salt Lake City Planning Commission for a design review before they can begin construction.