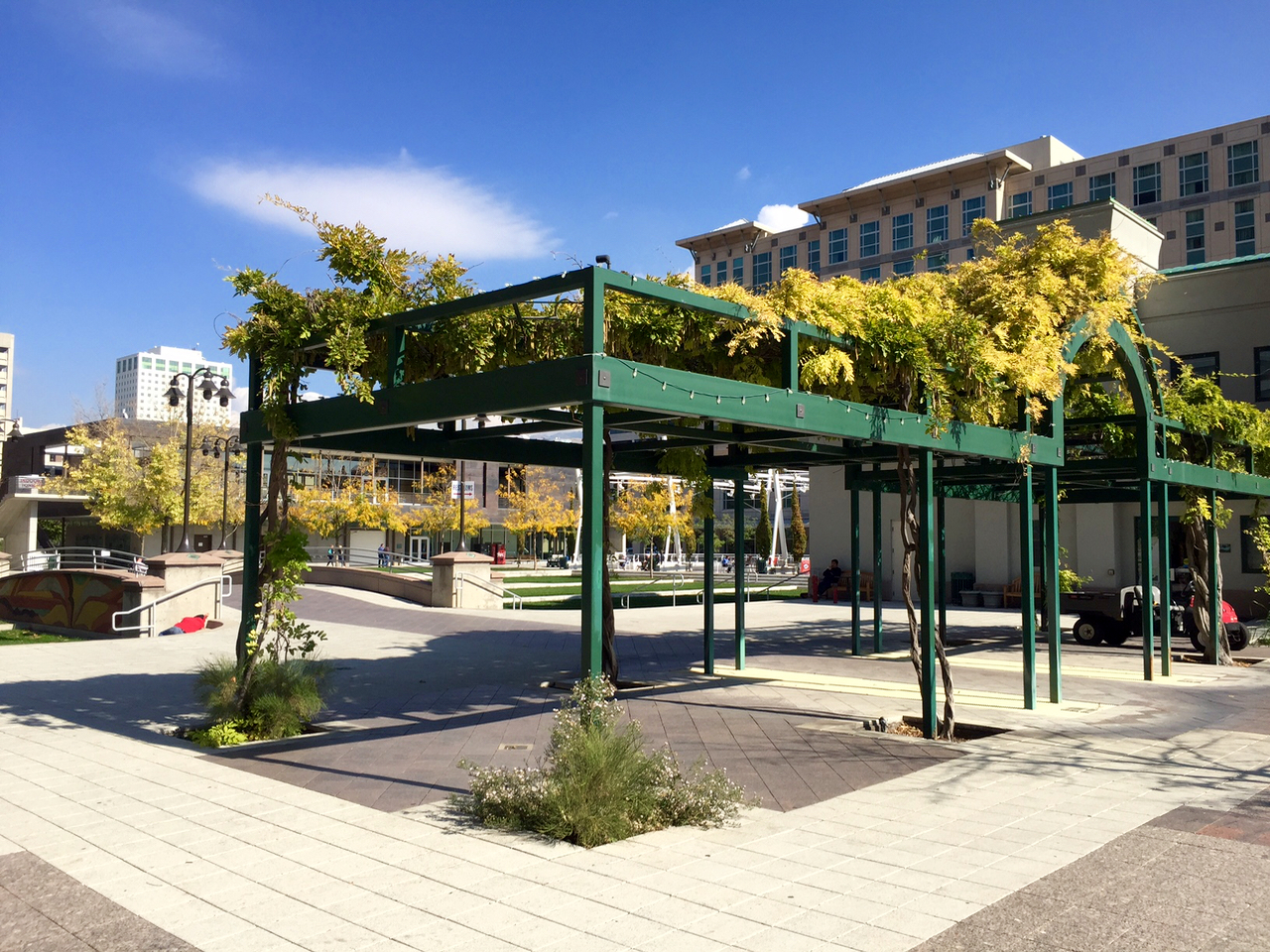 Salt Lake’s Gallivan Center is one of five finalists for the American Planning Association’s, Great Places in America “People’s Choice” designation.  Voting is open to everyone via the APA’s website until October 30.  The winner will be announced November 2.

Opened in 1993 by the Redevelopment Agency of Salt Lake, the 22-year old Gallivan Center has become one of the City’s busiest public spaces.  The plaza hosts hundreds of events throughout the year from summer concerts and festivals to winter ice-skating.

The other four finalists for the people’s choice designation include:

If the Gallivan Center were to win the people’s choice designation, it would be the third urban space in Salt Lake City to be officially recognized by the APA’s Great Places.  The Fairmont-Sugar House area was one of 10 neighborhoods listed as 2012’s Great Neighborhoods in America.  In 2007 the APA listed South Temple as one of 10 Great Streets for its, “historical residential design and craftsmanship, diversity of land uses and the integration of multiple forms of transportation throughout history.”

Last year it was 25th Street in Ogden to receive national recognition from the APA’s Great Places in America.  The three-block stretch of 25th Street running east from Wall Avenue to Washington Boulevard was listed as one of 2014’s Great Streets.