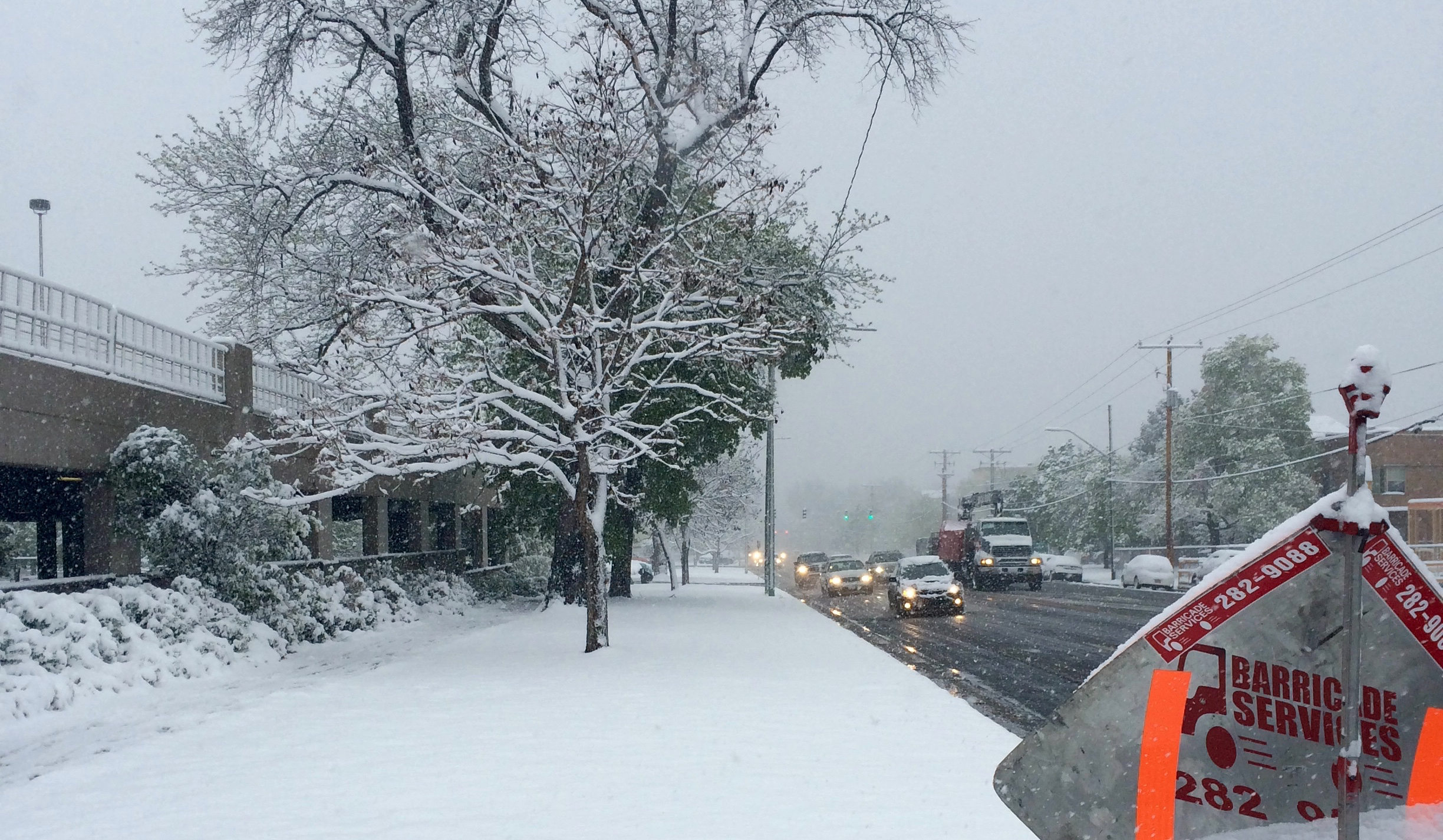 Until Wednesday, the Wasatch Front’s 2014-2015 winter season was the driest on record; it is now the second driest.  Wednesday’s spring snow storm brought six inches of snow to the Salt Lake City International Airport, more snow than in the last three months combined.

“With the dry winter we had we all need to do our part to conserve,” said Gov. Herbert in a press release. “We need to be in conservation mode, but not crisis mode.”

On Monday, Mayor Becker declared a Stage 1 Advisory under the Salt Lake City Water Shortage Contingency Plan.  The advisory calls for residents to be more conscientious of their water usage and to conserve where possible.

“This careful water management approach is part of our overall efforts to adapt to, and mitigate, the impacts of climate change that are already upon us,” said Mayor Becker in a press release. “Conservation, efficiency and sustainability guide how we approach all our goals for the City and I hope residents will join us in this effort.”

Unlike Mayor Becker, Gov. Herbet did not mention climate change in his call for water conservation.

Utah is dependent upon snow pack and spring run off for its yearly water supply.  A 2014 U.S. National Climate Assessment (NCA) found that snow pack and streamflow amounts in Utah are expected to continue to decline as temperatures rise from climate change.

Reservoir planning and a wetter than usual summer in 2014 means that Utah can survive this water year with some proactive conservation.

Utah can look to California to see the consequences of unmitigated water usage.  California is experiencing its worst drought in modern history.  In response to the state’s four-year drought, California Gov. Jerry Brown issued an executive order mandating a 25 percent reduction in water use among the state’s local water agencies.

Utah still has time to find alternative ways to ensure the state has long-term access to clean water.  But as the state is projected to get drier, the demand for water will increase as the population grows.  Utah’s population is expected to nearly double by 2050.

“Moving forward, we should be open to new ideas and solutions. Innovation is a Utah value, and it is the key to ensuring our state’s water future,” said Gov. Herbert.