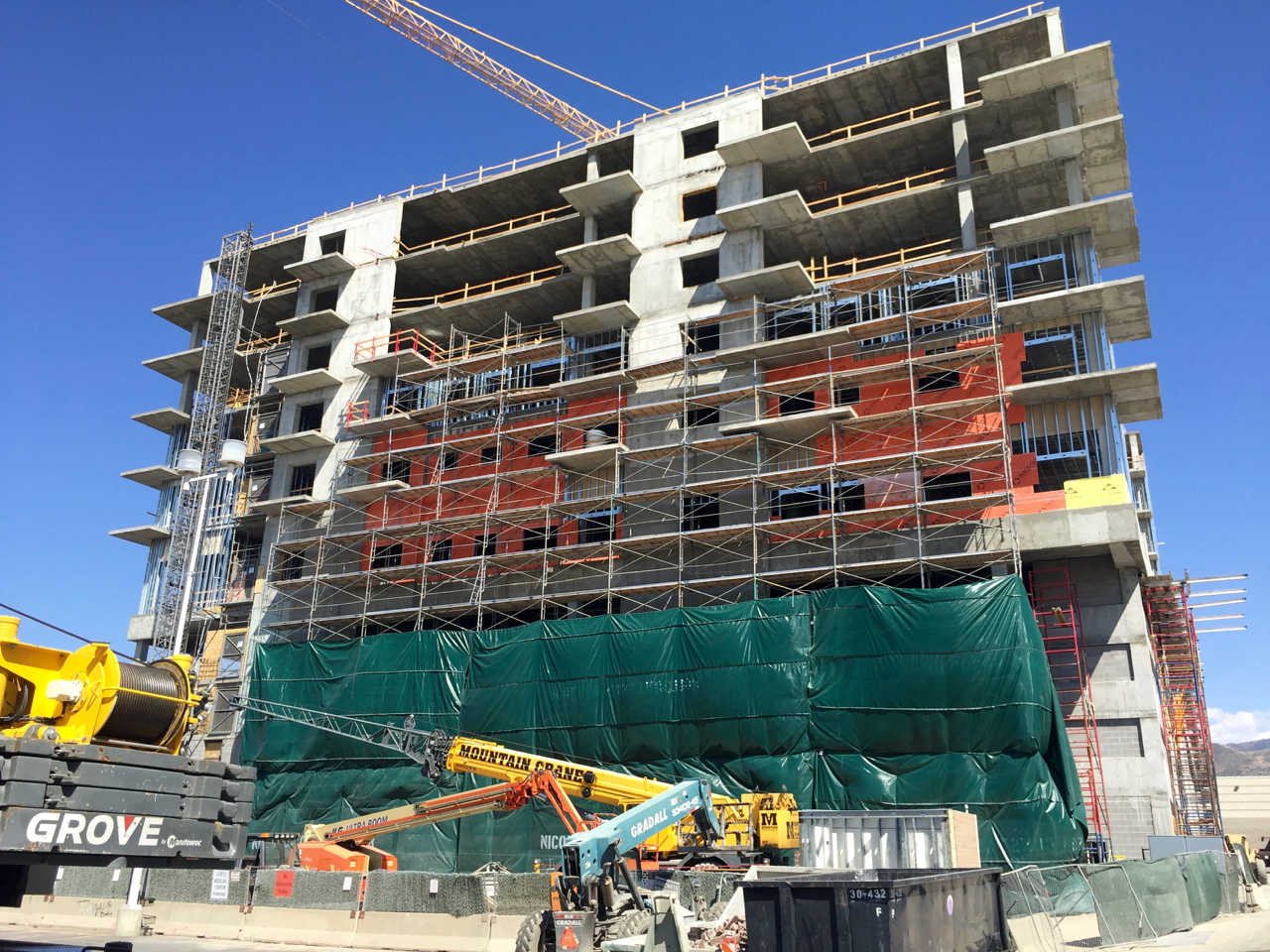 With the one-year moratorium in Salt Lake City on impact fees set to expire November 2, the Salt Lake City Council is considering a four-month extension.

During Tuesday’s work session, council members explored several options on what to do with impact fees after the original moratorium expires next week.  Under state law, impact fee reductions go into effect immediately while any increase takes 90 days to go into effect.  Under those constraints, even if the council approved Mayor Jackie Biskupski’s administration’s proposed changes to the impact fee schedule any fee increases couldn’t take effect until next year.

“I do not feel like it’s a reasonable expectation to say to the development community that we’re going to let those fees lapse back to the previous schedule,” said City Council member Stan Penfold. “I think we’re going to try to move really quickly to adopt any new fees.”

Council members expressed frustration at Mayor Biskupski’s administration for failing to submit a new impact-fee proposal until October 14, leaving just a few week to study it before the moratorium is set to expire. Biskupski countered by saying that her administration didn’t receive a final report from the consultant until recently. The mayor then sought public input and submitted the proposal to the city council as soon as possible.

Council Member Erin Mendenhall, who voted against the moratorium last year, said that the city’s growing economy is being shortchanged while the protracted debate on impact fees continues.

“I think it would be irresponsible of us to not recognize that this is real money for an actual impact that is actually happening in our city and that we are the stewards of the money that should take care of that,” Mendenhall said. “This is being left to us with a silent response from the administration, except for what the consultant has given us. I’m feeling like this should be a dialogue and that it isn’t.”

The Mayor’s plan proposes reducing impact fees for commercial and industrial development while increasing the fees from residential developments.

If Council adopts the Mayor’s draft plan, builders of single-family homes would be most affected.  Impact fees for single-family homes would increase 62 percent from $3,459 to $5,598.  Developers of multifamily projects would see fees increase 5 percent from $3,284 per unit to $3,456 per unit.  Fees for Office, Commercial/Retail and Industrial projects would be reduced 81 percent, 45 percent and 87 percent respectively.

The council’s frustration with the Mayor’s office escalated further during Tuesday’s formal city council meeting.  Council members expressed frustration after the Mayor and representatives from her administration were conspicuously absent during the scheduled comments portion that allows the council to ask questions directly to the administration.  The comment portion immediately followed a public hearing on the proposed reallocation of funds from multiple Redevelopment Agency of Salt Lake projects to go instead to creating more affordable housing.  Mayor Biskupski was present during the public hearing but left immediately after.

Council Member James Rogers argued that this was the sixth or seventh time that representatives from the Mayor’s office didn’t stay to take questions from the council.  After several minutes, David Litvack, the deputy chief of staff for Mayor Jackie Biskupski returned to take questions from the council, the majority of which focused on what to do after the moratorium on impact fees expires.

“Until it is adopted why hasn’t she proposed anything for the interim?” asked James Rogers.  “I feel like it is on our shoulders to deal with it, that is not fair.”

Council members Mendenhall, Charlie Luke and Lisa Adams repeated the question to Litvack after Rogers was visibly frustrated.  Litvack avoided directly stating what the Mayor’s would like to happen to impact fees in the interim, instead emphasizing that the Mayor would like council to have the final decision.

“We are trying to have you weigh in and we are not getting an answer,” said Adams.

The 2015 City Council approved the current moratorium at the request of former Mayor Ralph Becker after a several million dollars were found to have gone unused.

The moratorium has cost Salt Lake City more than $7 million and will continue to cost them $500,000 per month until impact fees are reinstated. The issue is set to be discussed again by the city council at their next meeting on November 1.

*Isaac Riddle contributed to the story.