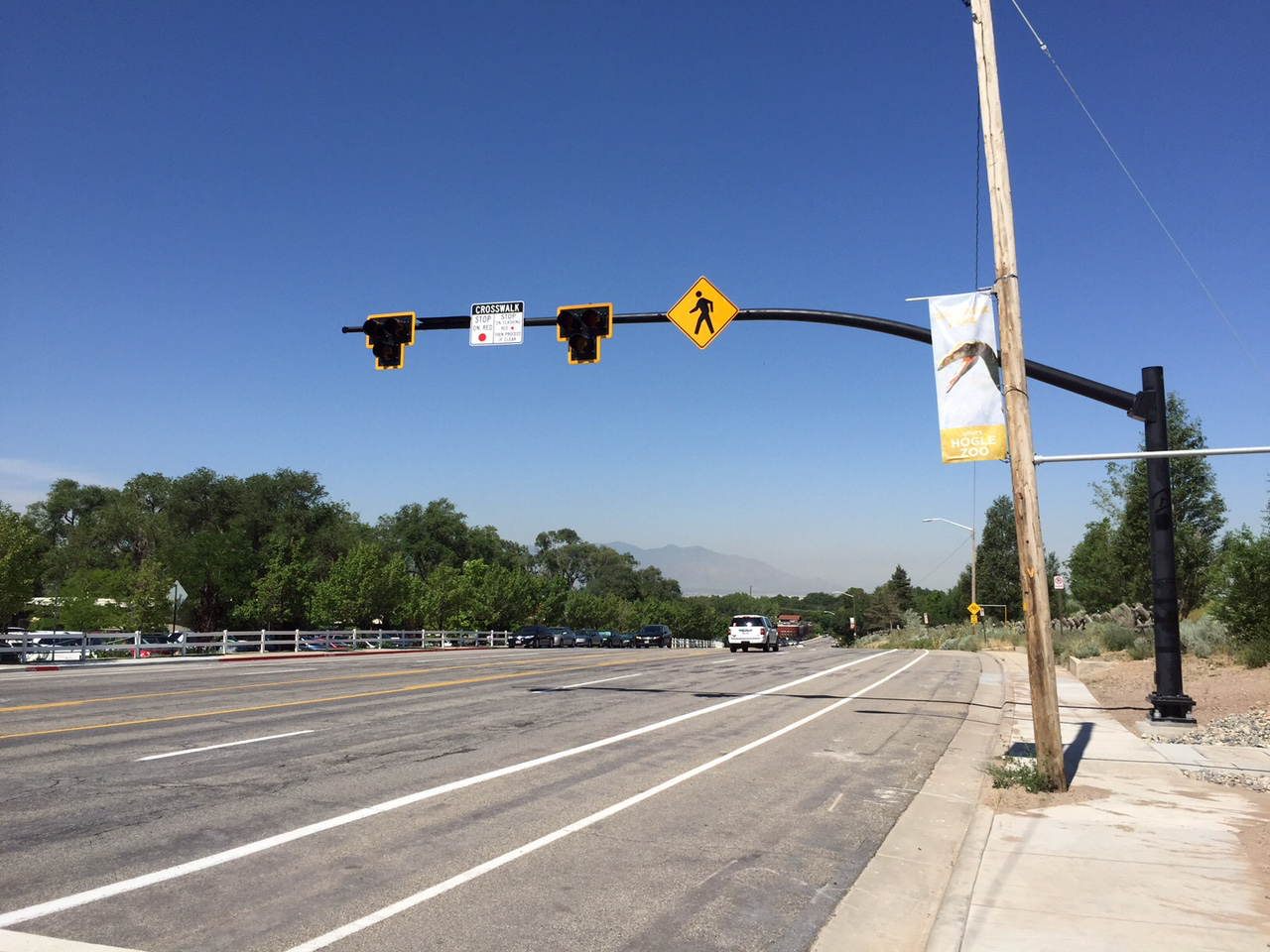 “This is a great place for the HAWK,” Salt Lake City Transportation Director Robin Hutcheson.  “We have a lot of pedestrians crossing and on weekends there is a lot of car traffic.”

According to the City, the Hogle HAWK signal is one of over 20 projects slated for completion this year and part of an investment of nearly $3.5 million in projects happening citywide aimed it enhancing safety for pedestrians.

“Because of our wide streets and fast driving speeds, we need to invest in making the City safer for pedestrians,” said Hutcheson.

According to the City, HAWK signals have shown to have high a compliance rate, comparable to a typical traffic signal at road intersections.  Unlike conventional traffic signals, HAWK signals only use the yellow and red signal indicators to inform cars of an active pedestrian crossing.  HAWK signal lights remain dark between uses, only illuminating when in active use.

At the pedestrian eye level, a HAWK pedestrian signal appears like any other pedestrian crossing with walk and don’t walk indicators and a numerical countdown letting pedestrians know how much time they have to cross.

For drivers, Hawk signals are different from conventional crossings.  A HAWK crossing sends drivers multiple distinct cues to indicate the potential presence of a pedestrian.

“Funding public safety enhancements, and particularly those that increase pedestrian safety, is one of the wisest investments we can make as a City,” said Mayor Becker. “Incorporating new and advanced devices, like HAWK signals, as well as more traditional signage and signals, will continue to elevate the walkability of neighborhoods all over the City.”