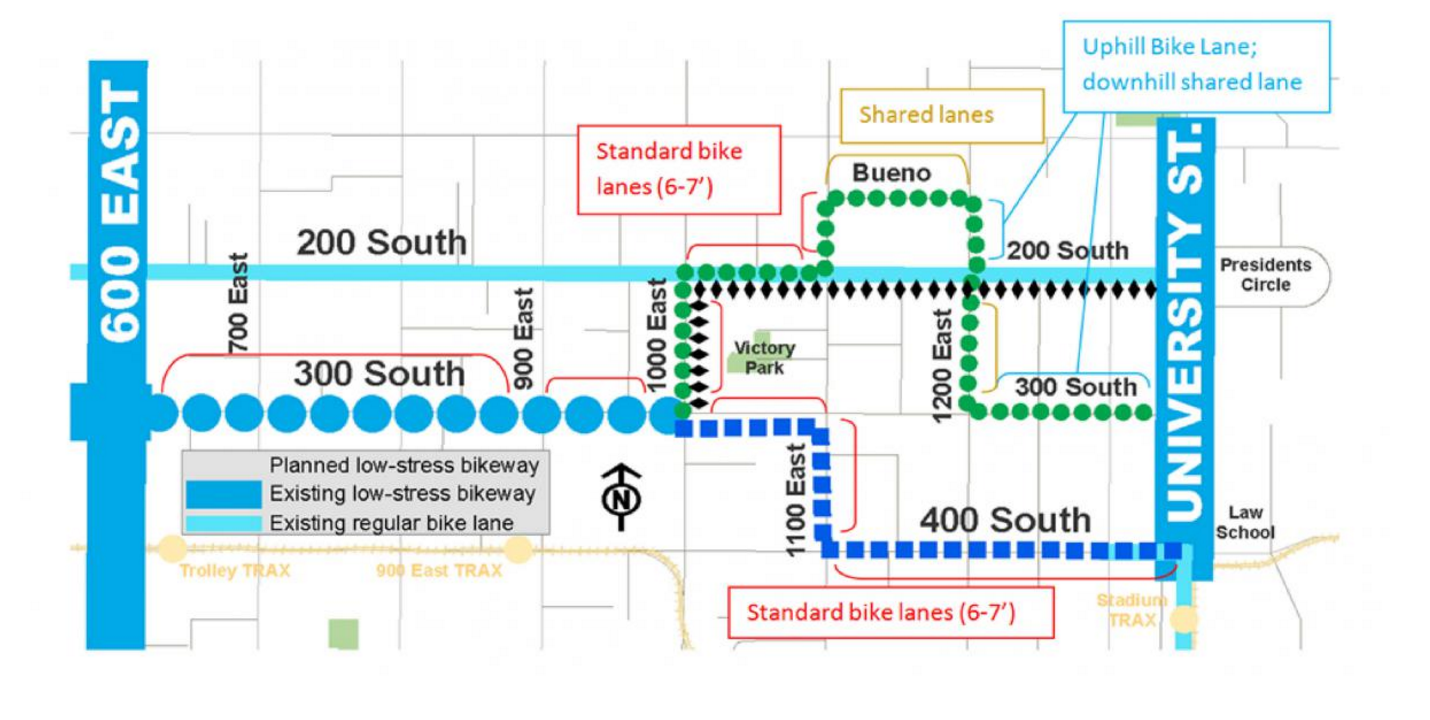 Salt Lake’s bicycle network is expanding and starting this week the city’s Transportation Division will be offering tours of the proposed addition while gathering feedback from residents.  The city plans to expand the bicycle transit connections to the University of Utah through the University to Downtown Bikeway Project.

The bikeway project would add a low-stress bikeway that the city is incorporating into the current route that runs on 200 South.  The proposed low-stress bikeway would start at the end of the cycle track (protected bike lane) on 300 South at 600 East.  The new bikeway will deviate from the concrete barrier design at 600 East and continue on 300 South until 1100 East where it will veer left to continue up to 400 South to University Street.

Instead of replicating the concrete barriers on 300 South that separate car and bicycle traffic, the city proposes instead using a mix a traditional bike lane and shared road bike lane that using paint to bike routes.  The new bikeways will separate parked cars from moving traffic instead of the current model on 300 South where parked cars separate bike and car traffic.

According to city documents, the proposed bikeway would only require lane reductions for 20 percent of the route, the portion of 300 South from 600 East to 900 East.  The city will reduce the four lanes on that three block section to three lanes, with one way of traffic each direction with a middle turning lane.  The bike lane will separate parked cars from moving traffic.

The city plans to add wayfinding signs along 200 South and on 400 South between 1300 East and University Street, while leaving those stretches of bikeways unchanged.

The city will release a final design for the bikeways in July and with construction expected to start in August.