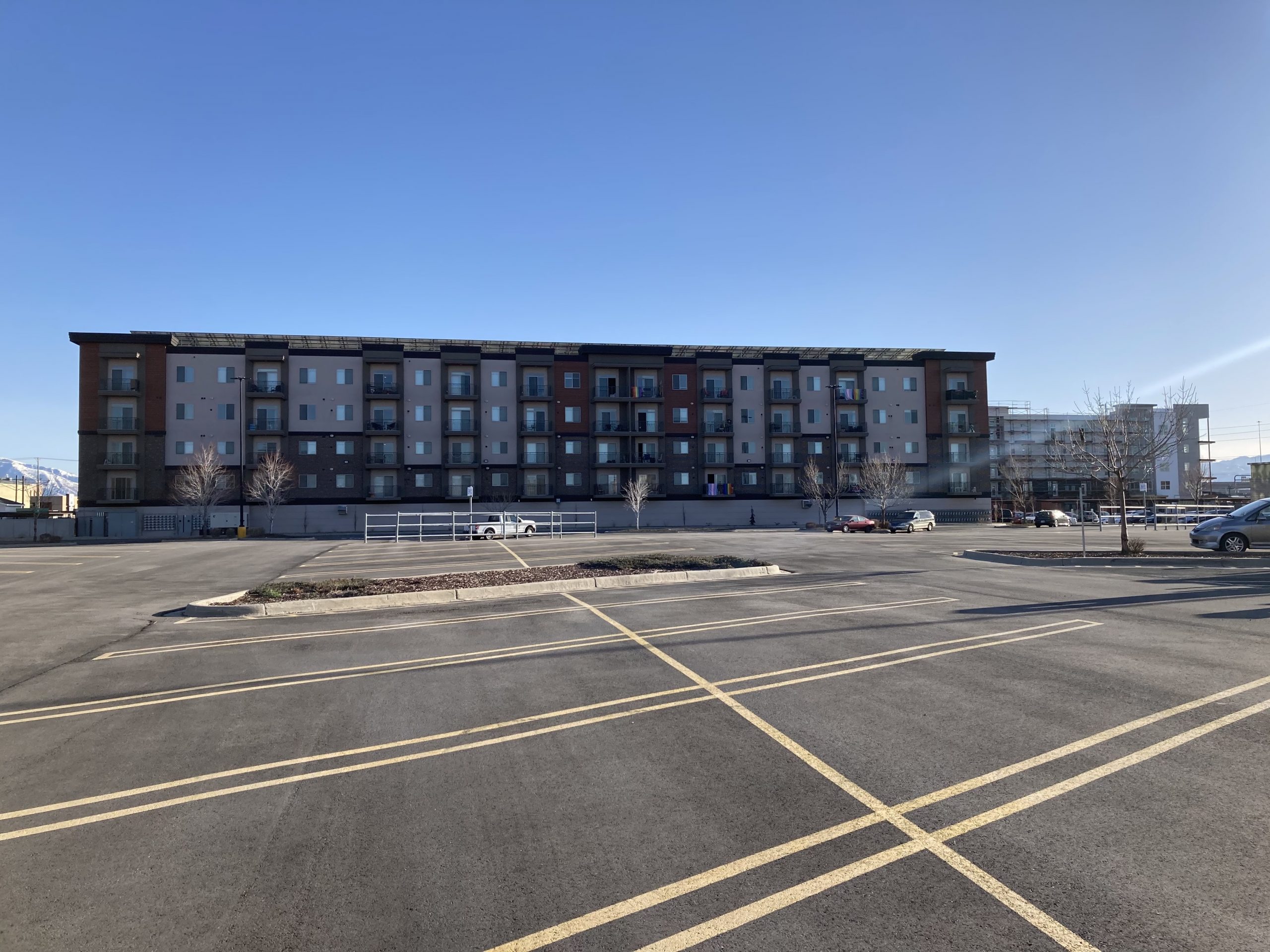 The continued buildout of residential along 300 West in Salt Lake City would continue under the latest proposal in what has become a cluster of broad apartment buildings on the commercial corridor.

Developers want to add 242 more apartments to the area that’s zoned commercial but is attracting buildings near a light rail stop across a state road at 2100 South.

The 2100 South apartments will be in the Ballpark neighborhood in an area zoned CG – General Commercial — in another display of the draw Salt Lake City has for multi-family developers.

While the new apartments being built in the area are within steps (as the crow flies) of the TRAX station in South Salt Lake, there is no sidewalk along 300 West and the Department of Transportation mananges 2100 South, creating an area that is hostile to people.

Salt Lake City is preparing to reconstruct 300 West starting this year and will for the first time add sidewalks. A two-way cycle track will run to 900 South, but only on the road’s west side.

Still, developers have shown an interest in building along 300 West, regardless of zoning or streetscape.

The @2100 apartments have 81 units overlooking an oversized parking lot for Sam’s Club. The next phase of apartments will replace a former mattress store.