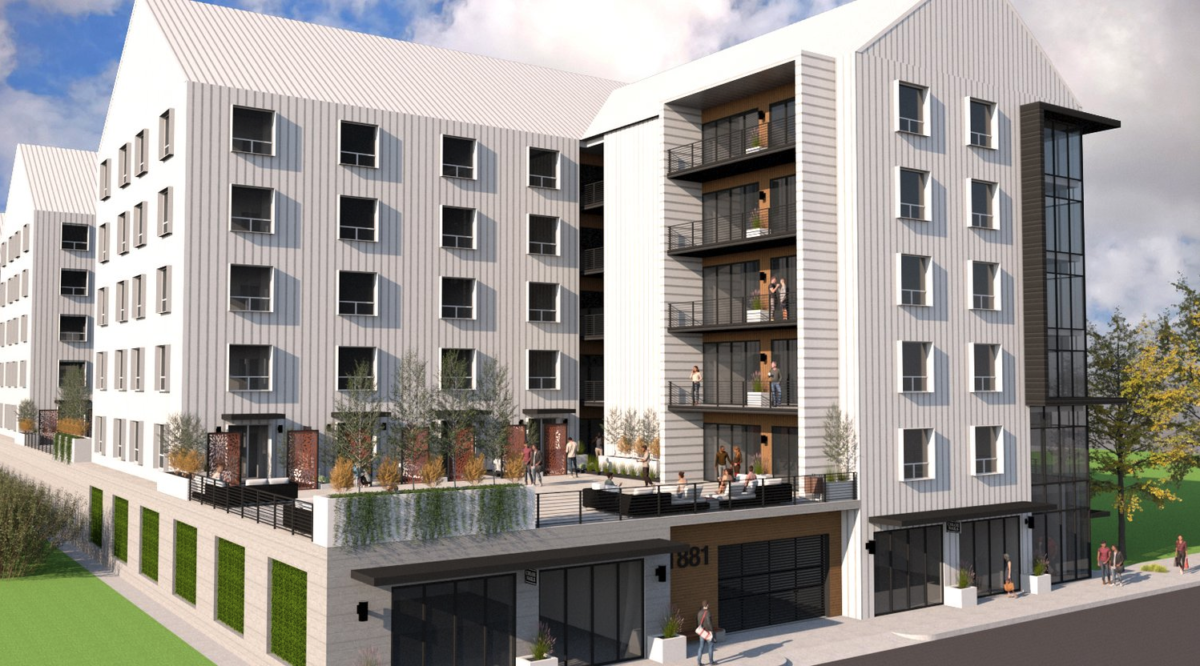 High construction costs and a rapid change in financing for the housing market appears to have taken down an affordable housing project on the west side.

The Housing Authority of Salt Lake City announced at its meeting on Monday that the 350-unit apartment home project at 1881 W. North Temple that had already received approval has fallen through.

The group pointed to rising construction costs and the rapid spike in the price of borrowing as primary reasons for returning a bond to the state. It is the latest project to highlight how difficult it is to create affordable housing, and it’s a good reminder that while a project can win approval from the city, no project is guaranteed to be built during a massive change in the market.

The apartments at 1881 W. North Temple failed despite $46 million in public money behind the project, including the tax credits. A rise in construction costs and interest rates led to a $10 million gap in financing for the project.

“Despite best efforts of the project team to assemble a viable project and obtain every appropriate entitlement and financing option, estimated costs of construction continued to rise as the project became better defined,” the authority wrote in a report.

The group pointed to “inflated construction costs” — an ongoing top issue for development in the region — as a primary reason for the fallout.

The authority had partnered with Defy Co Labs in April, just as the housing market was starting to turn sour amid aggressive interest rate hikes by the Federal Reserve as a measure to tamp down inflation.

“This partnership was intended to bring about the maximum number of qualities,” an HASLC report said. “Affordable housing units possible on a prime lot, just across from a (Trax) stop on the North Temple corridor.”

The project was coming together using low-income housing tax credits worth $40 million as well as funding from the city’s Redevelopment Agency and a pool of state funding.

The project had sought to bring a mix of one-, two- and three-bedroom units to the west side of the North Temple corridor, with the bulk being one-bedroom.

The new homes would have been mixed-income, with one-third of the units held at rents affordable for those making 60% of the Area Median Income.

The new development would have replaced a manufacturing building and surface parking lot with a five-over-one residential building.

There is still time for the group to watch for changes in market conditions that would make the project viable without having to sell the property.

“Additionally, Defy Co Labs is looking at the potential of buying some additional parcels which will open additional design options,” the group wrote.

The group said it would monitor interest rates and the cost of construction in the coming months to see if it can make the project pencil.

The Fed has indicated it would continue to take aggressive steps to bring inflation to the helm, which many economists believe will trigger a recession.

It seems more likely that any broader economic pullback from a recession could bring down construction costs before interest rates fall. But the least accurate profession of the past few years is fortune-teller, so we’ll just wait and see.