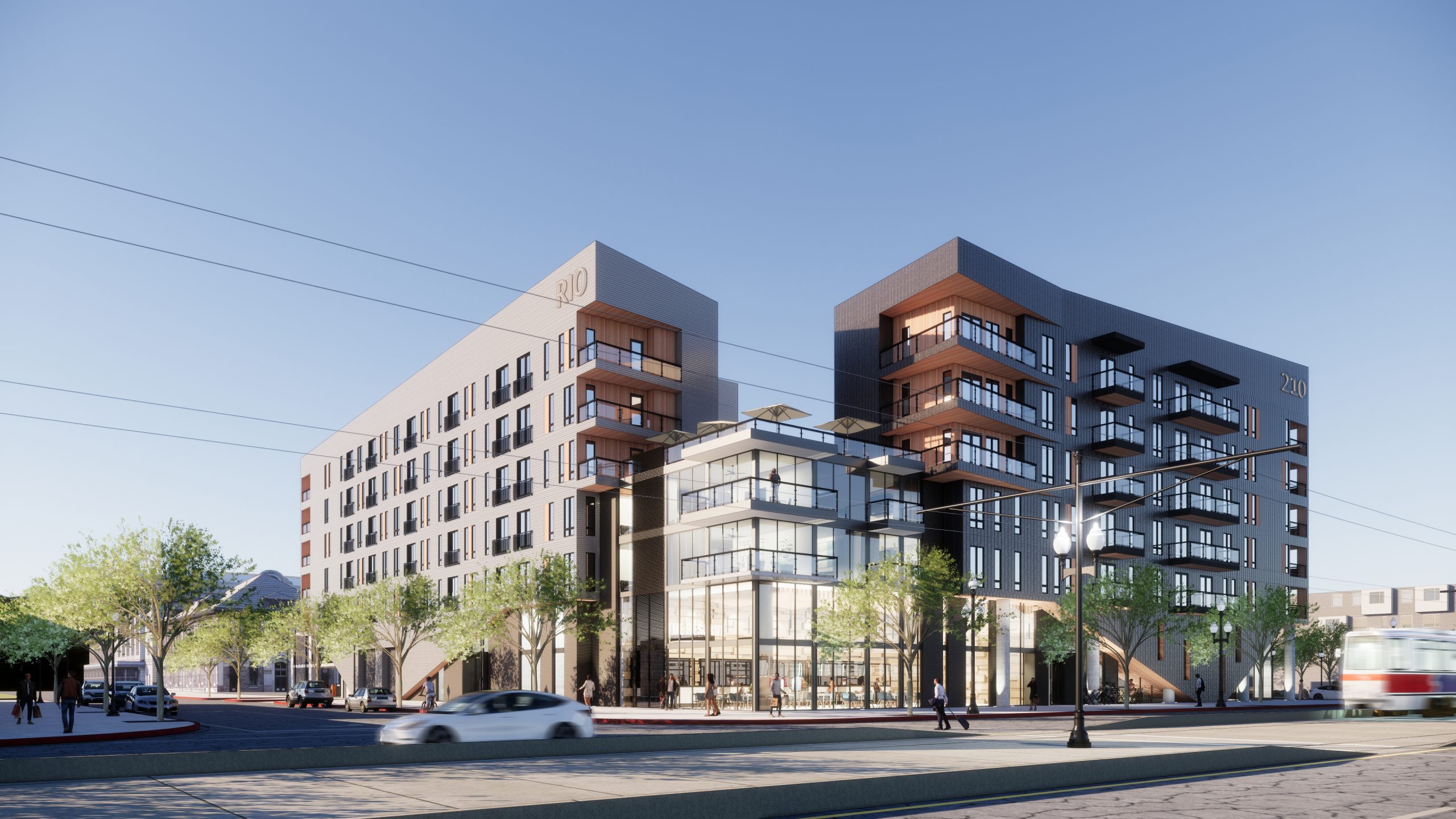 A seven-story, 210-unit apartment building with ground-floor retail space will be built on the site of a former Downtown homeless shelter that had capacity for more than 1,000 people, according to details obtained by Building Salt Lake ahead of a design review by the city.

We broke the news in February that the state of Utah had sold the 1.17-acre property to a local developer after forcing the shelter’s closure, buying the building from the nonprofit that operated it and then tearing it down.

We now have details on what will mark the next chapter for 210 S. Rio Grande.

The developers — dbURBAN Communities and Hamilton Partners — aren’t asking the city for zoning changes that would slow the incoming mixed-use project. They say they expect to break ground this fall if they receive approval from the city.

Advocates for people experiencing homelessness hoped the state would have required some sort of supportive or deeply affordable housing as a condition of the sale. But the developers have made clear the new building will be market-based with some units affordable for those making between 60–80% AMI (or someone making around $35,000–$49,250).

“We are planning micro units that are not subsidized by RDA, HOME Funds or other incentive programs,” said Dustin Holt, a partner with dbURBAN Communities, one of the developers. “By offering micros through townhomes, we really are focused on building a sense of community between these two properties.”

Holt said the builders hope to include about 60 apartments, or more than a quarter of the new units, affordable for people earning between 60–80% median income.

More details of the ‘RIO’

The developers are calling the new construction ‘Rio.’ It will have approximately 4,000 square feet of commercial/retail space on the corner of 200 South and Rio Grande Avenue, extending the retail uses on that part of the block with the Gateway retail promenade.

121 parking stalls are provided in two levels on 200 South, Rio Grande and 500 West. The parking will be screened by two-story townhomes, retail, the leasing office and other services.  Approximately 1,200 square feet of bike storage and repair space will be provided, with direct access to Rio Grande.

A central courtyard and pool area of approximately 9,000 square feet will be located on the third level above the two levels of parking. Another 3,500-square-foot rooftop patio has been carved out of the northeast corner on the upper two levels to provide variation to the roofline, views over the city and elevated common area for the residents.

The new building will be erected on land with a lot of history.

dbURBAN and the Hamilton Partners bought the building from the state this winter, along with a financier from Denver, the groups wrote in a release.

dbURBAN is responsible for a number of developments around town in recent years, including one going up across 200 South.

The Cinq and RIO

The partnership that’s building on Rio Grande is also responsible for the Cinq project involving the historic Central Warehouse building at 530 West 200 South. Combined, the development team is adding 413 new units on the block.

210 Rio LLC is a partnership between Hamilton Partners and dbURBAN Communities as well as an investor from Denver.

Bruce Bingham, partner with Hamilton Partners, said the developers were already working on the Cinq project when the state put the homeless shelter property up for sale.

“Since the partnership had been created to pursue Cinq just across the street, the timing worked out for this team to also propose at a fair market price and close before the end of the year,” Bingham said.

Salt Lake City’s Downtown has more than 5,000 new residential units at some stage of the pipeline, according to the Building Salt Lake projects map.

The property is zoned D-3, which envisions multi-family and mixed-use housing, retail and office space. The zoning also encourages re-use of existing buildings.