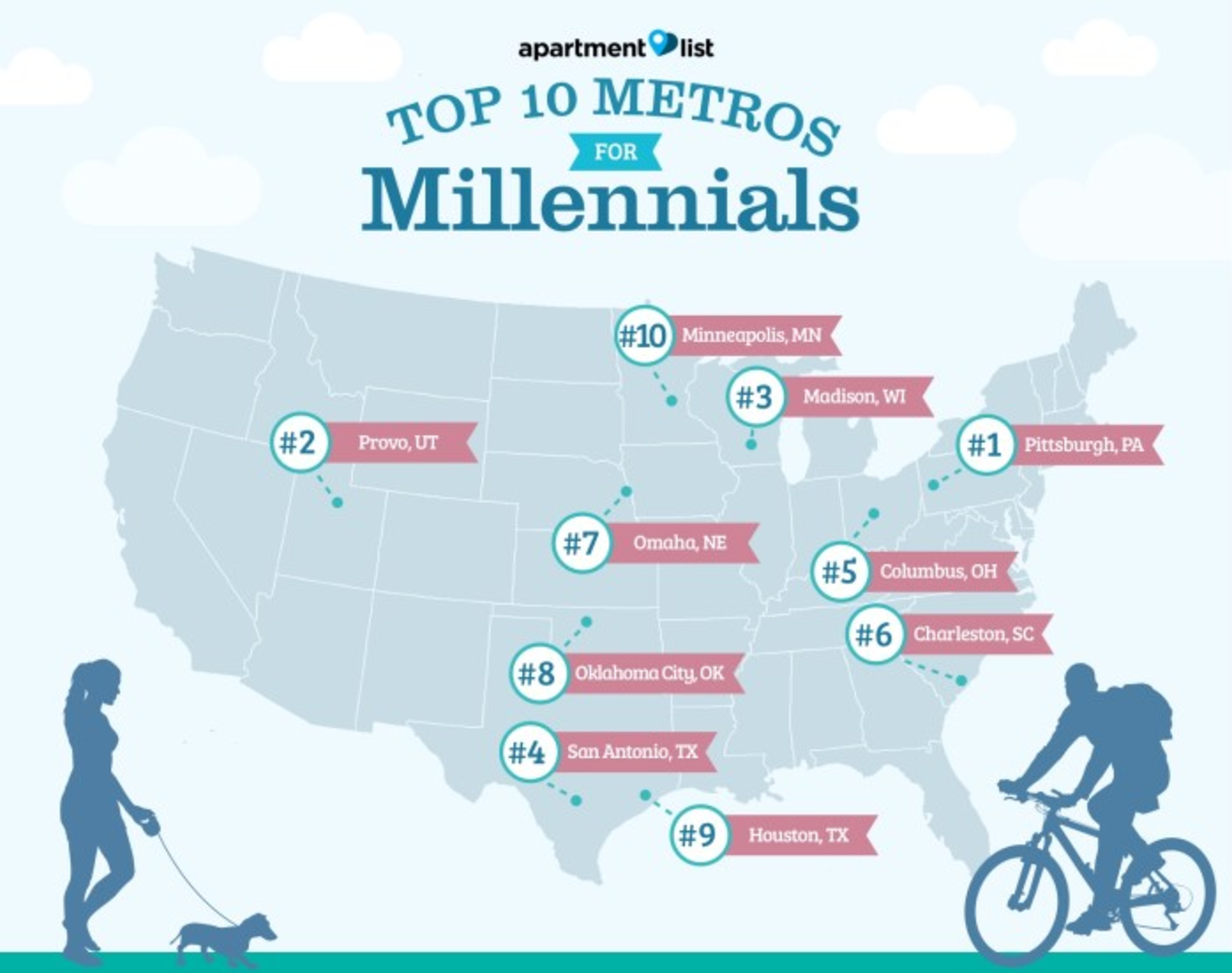 Utah already has one of the largest shares of Millennials (adults between 18 and 35) in the country but a new report from Apartment List, an online rental marketplace, indicates that two of the state’s largest metro areas are also among the best places for much talked about age group.

Based on the metrics, Apartment List ranked Provo as the second best metro area for Millennials and Salt Lake City as the 14th best.  Nationally, Pittsburgh Pensylvania ranked first, while Worchester Massachusetts and Miami Florida came in last.

Provo received an A+ grade with high points for low levels of unemployment and livability.  “Provo residents give the metro high marks for safety and dating options, and more affordable rents allow Millennials to save up to purchase a home,” writes Sydney Bennet, the report’s author.

Salt Lake City received an A grade on our list of best metros for millennials.  The city received high points for its job market and was the highest ranked city for jobs outside of the coasts. Unsurprisingly, Salt Lake scored in the bottom third among the top 75 metros in housing affordability.  The median monthly rent for a two-bedroom apartment is $1,050 a month.  While that may be lower than the national median of $1,160, Apartment List notes that only 60 percent of the population can afford the median home and that salaries haven’t caught up to rising rents.

Apartment List looked at median wages, wage growth and the millennial unemployment rate to rank each metro’s job market.  To measure affordability the authors looked each metro area’s median rents and the share of residents that can afford the median-priced home.  The livability metric is based on Apartment List’s annual survey that measures how residents are satisfied with their region’s weather, dating and social opportunities, safety, access to parks, community activities and nightlife.