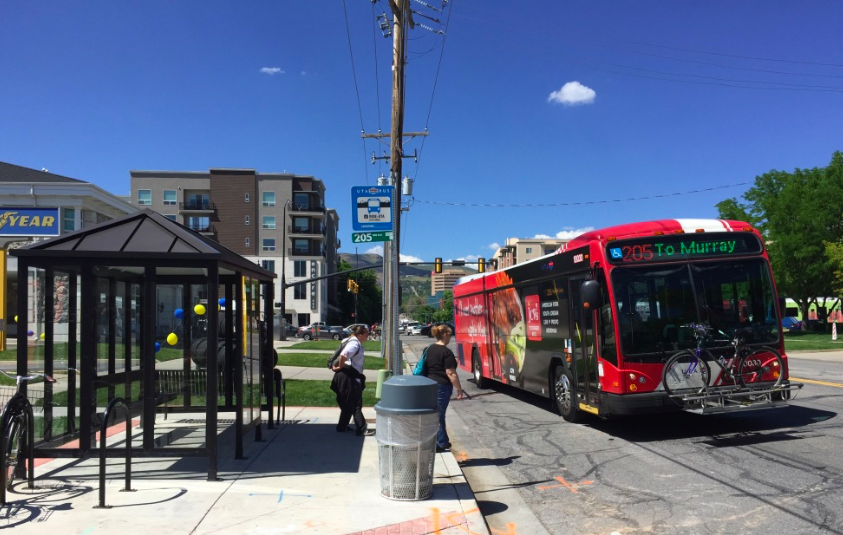 UTA’s “Change Day” is upon us, where the agency annually tunes up its routes and schedules. This August’s changes are notable especially in Salt Lake City and the I-15 Tech Corridor near Lehi.

Will they be enough to reverse a nationwide trend in declining transit ridership, including Utah, defied in UTA’s service area only by FrontRunner and the UVU bus rapid transit route?

UTA’s 2017-18 governance restructuring was accompanied by a new consensus on Capitol Hill and in Salt Lake City Hall to rebuild bus service after a decade of aggressive rail expansion. Salt Lake City, under the leadership of a mayor tepid on alternative transportation but insistent on equity, followed suit with a Transit Master Plan built mainly on bus service.

Boosted by equity concerns and an influx of new sales-tax funding, Mayor Biskupski and the City Council decided to focus on improving east-west connections that have been missing from the city’s transit service.

Under their Funding Our Future initiative, the City will pay UTA just over $6 million this year for the expanded routes. The two entities recently signed an agreement that paves the way for 20 years of service-for-purchase.

Calling the expanded bus service “a game changer for Salt Lake City,” the Mayor claimed the changes “will improve the lives of thousands of people in our City.”

Here are the improvements in SLC

Bus 9: 4th South+Redwood to U of U Olpin Union

Will the improvements move the needle in SLC?

Besides the importance of offering more services to traditionally under-served West Salt Lake residents, what’s the point of better service on these four bus routes?

The logic is simple: improve service and ridership will increase. Transit ridership nationwide was steady or expanding until 2014, a pattern that UTA’s service area reproduced. From 2014-18, service cuts are one of the factors identified by researchers at the University of Kentucky that led to a declining number of riders.

Yet the decline in transit riders also tracks closely to the introduction of rideshare companies like Lyft and Uber into the cities in this study. Researchers also cite the major factors of abundant cheap gasoline, increased car ownership, transit system reliability issues related to deferred maintenance, and increased bicycle and scooter use contributing to fewer transit riders.

Another group of researchers found that service cuts and expanded car ownership were the main causes behind the declining number of people taking transit.

Seattle and San Francisco: success cases against the grain

Increased spending that improves the rider experience (speed, reliability, frequency, comfort, cleanliness) is the reason most studies give to explain the success of both Seattle and San Francisco increasing ridership as it declines nationwide.

UTA has been promoting its bus rapid transit (BRT) service in Orem-Provo and West Valley with a similar philosophy. The same principles will be applied to new UTA BRT routes in Odgen and North Salt Lake.

Another reason given for Seattle’s success is widespread public support for transit. “Being straight with voters” about voting for tax increases helped their cause. Salt Lake City residents seem primed for major transit improvements, given results of a recent poll.

Making public transportation competitive with owning and operating a private car is a common-sense and research-backed solution to attracting more riders to transit.

Whether Salt Lake City’s new investments will move the needle in the right direction, despite nationwide winds against it, is yet to be seen.