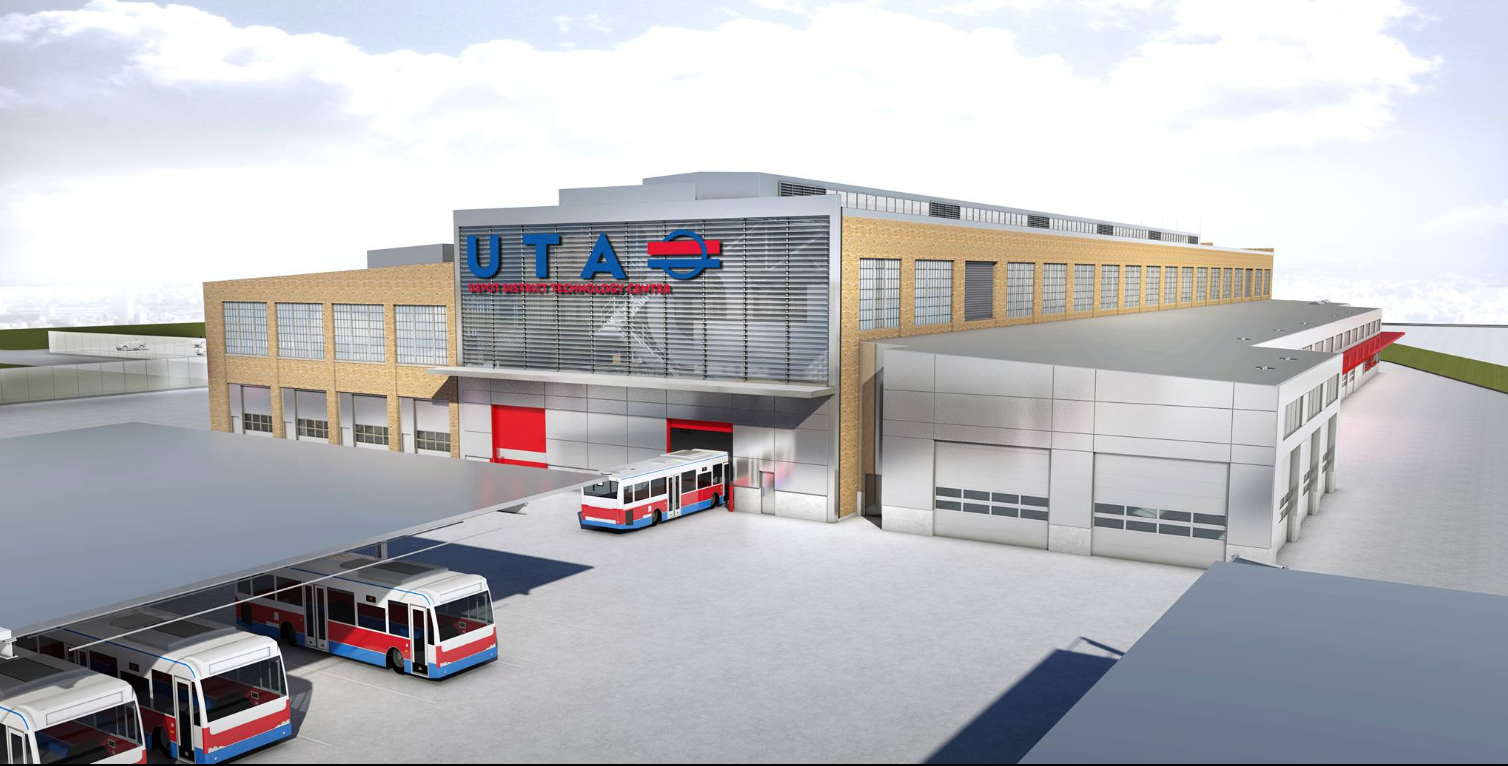 After nearly a decade of planning, on Monday, October 22 Utah Transit Agency (UTA) officials officially broke ground on the Depot District Clean Fuels Technology Center.  The new center will be directly west of the Intermodal Hub and will be home to over 150 new clean air fuel and electric buses by 2021.

The Technology Center will replace the agency’s current garage at the northwest corner of the 200 South and 600 West intersection.   The new center will occupy a 100-year-old former rail facility that sits just south of UTA administrative building.

According to UTA officials, the agency already utilizes a limited number of alternative fuel and electric buses but the current facilities lack the fueling and maintenance capacity to accommodate an expanded fleet.  The center will be LEED certified and will use solar power and other green technologies to power the facility and charge the electric buses.

The new center not only helps the transit agency increase its fleet of alternative fuel and electric vehicles but by transferring the maintenance operations and fleet storage to the new center, over 7 acres of desirable real estate will be available for development when the current 45-year-old garage closes.

UTA officials envision a large transit-oriented development at the site of the current garage.  The garage parcels are not only in the heart of the state’s most transit-rich neighborhood but a neighborhood that is experiencing an influx of new development.

There are at least three residential projects planned within a block of UTA’s current garage including the second phase of the Alta Gateway Station, the Centro Civico Senior Housing development and the West Gateway Commons.  The project is also adjacent to the Station Center project area, that could bring hundreds of new units and commercial space to the area.

Officials estimate that the new facility will save around $500,000 in yearly energy costs and allow for higher frequencies of service by being able to deploy more buses to some of Salt Lake’s densest neighborhoods.  The new fleet will also be able to save as much as $42 million in fuel costs over a forty-year period.