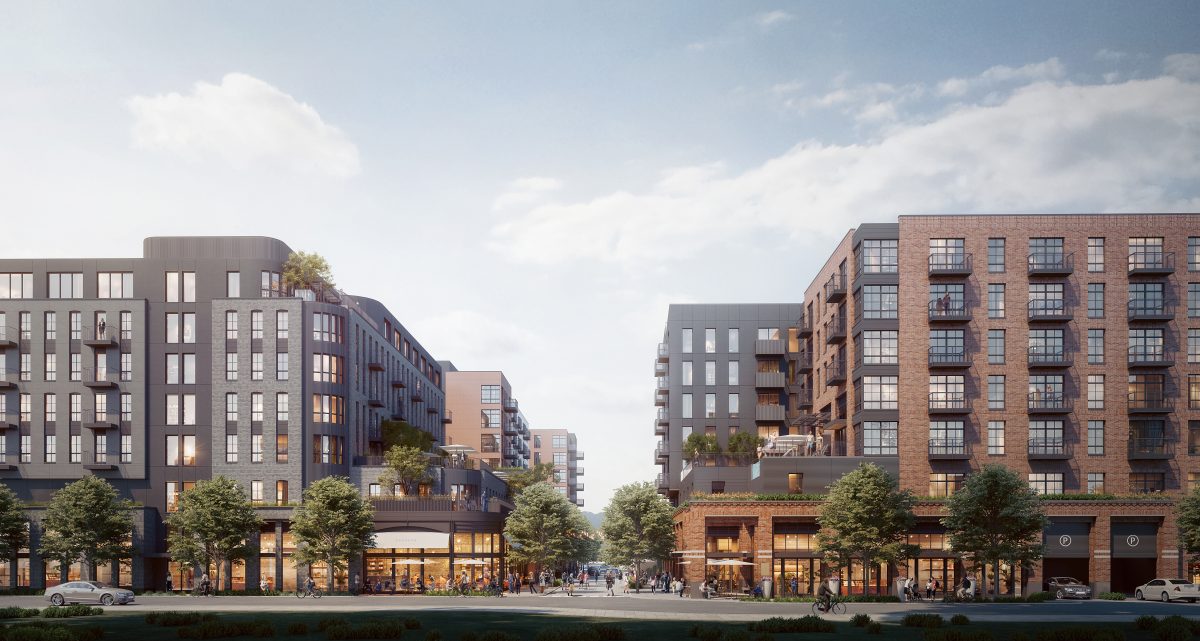 Saying it intends to continue the transformation of the Granary District into a round-the-clock destination in Salt Lake City, a developer is proposing a pair of mixed-use buildings with space for retail and housing.

Urban Alfandre shared renderings of the buildings that make up what it’s calling the West Village, at 401 W. 900 S.

With over 500 residential units, 8,000 square feet of ground floor commercial and a 180,000-square-foot life sciences building, the West Village has been designed to fill in the footprint of the Granary on its southwest end.

“We really get live, work and play all in one area to really anchor this southern part of the Granary,” said James Alfandre, a principal of Urban Alfandre, which is a Building Salt Lake supporter.

The West Village will have frontage on 900 South, as well as a building on the block running east-west on the south side of Montague (at about 940 South).

The buildings will sit immediately diagonal to the southwest corner of the city’s Fleet Block, and across the street to the south of Volunteers of America’s homeless teens shelter and Maud’s Café.

The development will replace old industrial warehouses on 900 South and junk car storage on Montague.

Alfandre is working with Woodbury Corp. and Vesta Realty Partners on the development.

Along Montague, the group plans to build Brownstone style apartments with larger units. The unit count is still in flux, Alfandre said.

“We really want to break up the blocks to really leverage that scale and really focus on pedestrian oriented design,” Alfandre said. “We also take very seriously our design to curate a wide range of residential units.”

“We’d like to utilize setbacks and building stepbacks to create a more pedestrian friendly scale along the street,” Alfandre said. “While still getting the density we need to support retail and jobs and everything else that the Granary District is moving towards.”

The group has applied for a design review and planned development. It will make stops before the Planning Commission and eventually City Council before breaking ground.

Building Salt Lake readers learn about significant projects and policy issues before anyone else. Support our independent and region-leading journalism by becoming a member today.