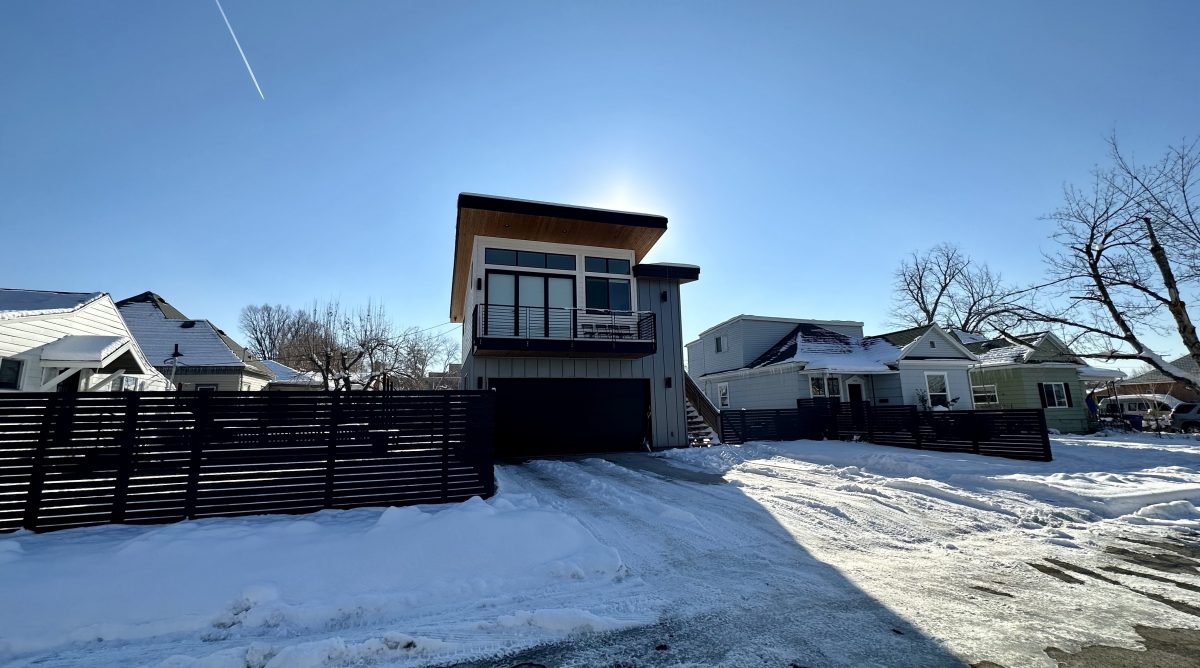 Help us expand our coverage next year and get access to exclusive features by becoming a paid Building Salt Lake Member today.

The Salt Lake City Council is gearing up to debate changes to its rules around where property owners can build accessory dwelling units (ADUs), and debate will revolve around how far the city wants to go to use the small backyard and basement dwellings as a source of housing.

As currently written, the draft update allows ADUs to be built by-right if they meet the law’s design criteria, which in many ways are also being relaxed. That would do away with an existing requirement for homeowners to get permission from the Planning Commission before building a new, detached and rentable dwelling on their properties.

But it wouldn’t allow property owners to build and rent out an ADU unless they live on site. Experts say that’s one of the biggest constraints preventing ADUs — a source of moderate income housing in neighborhoods all over the city — from being built. And the debate will test whether the capital city is ready to view ADUs as a source of moderate income housing in all neighborhoods.

“It’s probably one of the biggest things that needs to be implemented,” said Colin Jube, owner of the Salt Lake City-based prefab ADU company Modal Living.

Despite its presence Downtown, Jube’s company largely does business in California, which has minimized restrictions on property owners building up to two ADUs on their pieces of land. The Golden State recently blocked cities from requiring property owners with ADUs to live on the premises, among other changes to broadly liberalize ADU policy.

Changes made by the state Legislature since 2016 have opened up a much larger market for companies and builders that focus on bringing homes to people’s backyards and basements.

The California Legislature prevented cities from having an owner-occupancy requirement as of Jan. 1, 2020. The number of permitted ADUs after that change skyrocketed by 58 percent, from 14,961 in 2019 to 23,663 in 2021, according to data from the California Department of Housing and Community Development.

More than four years after Salt Lake City updated its ordinance to allow ADUs in more zoning districts, there have been a total of 108 applications for permission to build an ADU, as of the city’s latest annual report. Thirty had been built as of February 2022, and another 17 were under construction.

The issue, Jube said, comes down to one primary policy choice the Salt Lake City Council will have to make.

“If the owner occupancy requirement was removed, that would all the sudden open up a lot more parcels and make ADUs more financially enticing to investor property owners,” said Colin Jube, owner of the Salt Lake City-based prefab ADU company Modal Living.

Where the council stands

The mayor’s administration formally transferred the draft ordinance over to the City Council last week, a process that will allow the ordinance to reach agendas for public hearings and work sessions.

Building Salt Lake reached out to each member of the Salt Lake City Council for this story. Most opted not to talk about the upcoming debate.

Council member Darin Mano, whose district encompasses Ballpark, Liberty Wells and East Liberty, and Alejandro Puy, who represents much of the west side south of North Temple, are bullish on setting policy that allows more ADUs to be built.

“To the extent that we want the ADU ordinance as a tool to create more housing,” Mano said, “then the owner-occupancy requirement should be removed.”

Puy has been pushing for more density in all areas of Salt Lake City and recently debated in favor of a single-family development in the Upper Avenues that included ADUs.

“Density is not a bad word, no matter what part of town you live in,” Puy said during a recent meeting. “We need density in all parts of the city. I believe density, even higher density in these parts of town (Upper Avenues) is appropriate. I am going to maybe die on that sword, and I’m OK with that.”

Onlookers say the draft ordinance makes other changes that could lead more people to build ADUs on their properties, like relaxed parking and setback requirements. Removing the owner-occupancy requirement is one of the last big changes, several people said.

Opening the door to an increase in what’s known as gentle density citywide will test the council’s appetite to create a policy that could generate moderate income housing in every neighborhood, which is likely to face intense pushback.

Issues at the Planning Commission

The final policy is ultimately up to the whims of the City Council, but discussion at the Planning Commission provides some insight into how things could shake out.

Some members of the public expressed concern about ADUs being allowed by-right, that is without a trip to the Planning Commission and ultimately input from neighborhoods.

The Commission didn’t take issue with that change. State law was recently changed to allow homeowners to build attached ADUs (typically in a basement, upstairs or bumped off the back of a house) by right.

The change for detached ADUs would save a notable amount of time for city staff and the Planning Commission. Planning staffers spend about 70 hours processing each ADU application, so removing the conditional use requirement would free up nearly one full-time staff member to focus on other issues (like master planning). The Planning Commission has never denied a conditional use permit for an ADU.

Instead, several members of the Commission expressed concern about the possibility that ADU owners use their new rental space to make money on a short-term rental platform like Airbnb. The draft defines a short-term rental as a dwelling unit that’s rented for fewer than 30 days, and it prevents owners from using ADUs for short-term rentals without defining enforcement.

Fear of property owners using their homes to make money by renting them out at short-term rentals and the belief that rental housing was inferior to owner-occupied drove many of the comments made during the Planning Commission’s debate on the issue in September.

So did fear of removing the owner-occupancy requirement.

“The owner-occupancy for one unit is not negotiable. Every comment I had said that. Everyone thinks this is the only way to go,” said Judi Short, a long-time member of the Sugar House Community Council who closely tracks land use applications in that neighborhood.

“We all live in neighborhoods where we can tell the rental houses from the owner-occupants. The rental homes look terrible. Not maintained, weeds everywhere,” Short added.

Commissioner Andra Ghent noted public comment from Eric Valchius, who conducted research on ADUs alongside the Terner Center and the Center for Community Innovation at the University of California-Berkeley.

Valchius wrote that ADUs can be a source of moderate income rental housing in wealthier neighborhoods (where ADUs under the current ordinance are often being built).

“ADUs are often built in higher wealth areas but more often rented at affordable levels, giving lower-income families the opportunity to live in wealthier areas which has been shown to improve childhood outcomes,” Valchius wrote.

He also said keeping an owner-occupancy requirement could increase renter instability when a homeowner with an ADU sells a property.

The Commission also made changes that would allow more property owners to build larger ADUs, likely as big as two-bedrooms, depending on the size of the owner’s lot and percentage of land that would be covered by the main house and ADU.

That puts all eyes on the owner-occupancy requirement. It’s likely to test the willingness of representatives of neighborhoods that have recently opposed attempts to increase gentle density, places like Yalecrest, the Upper Avenues and parts of Sugar House.

Unless three City Council members join Mano in removing that clause, Salt Lake City may have to wait for round four until ADUs are used as a tool for moderate income housing.

“I personally hope we are discussing this very soon,” Puy said. “But I also don’t set the agenda. It’s the chair and vice chair that have that power.”

The City Council will choose a new chair and vice chair in January.