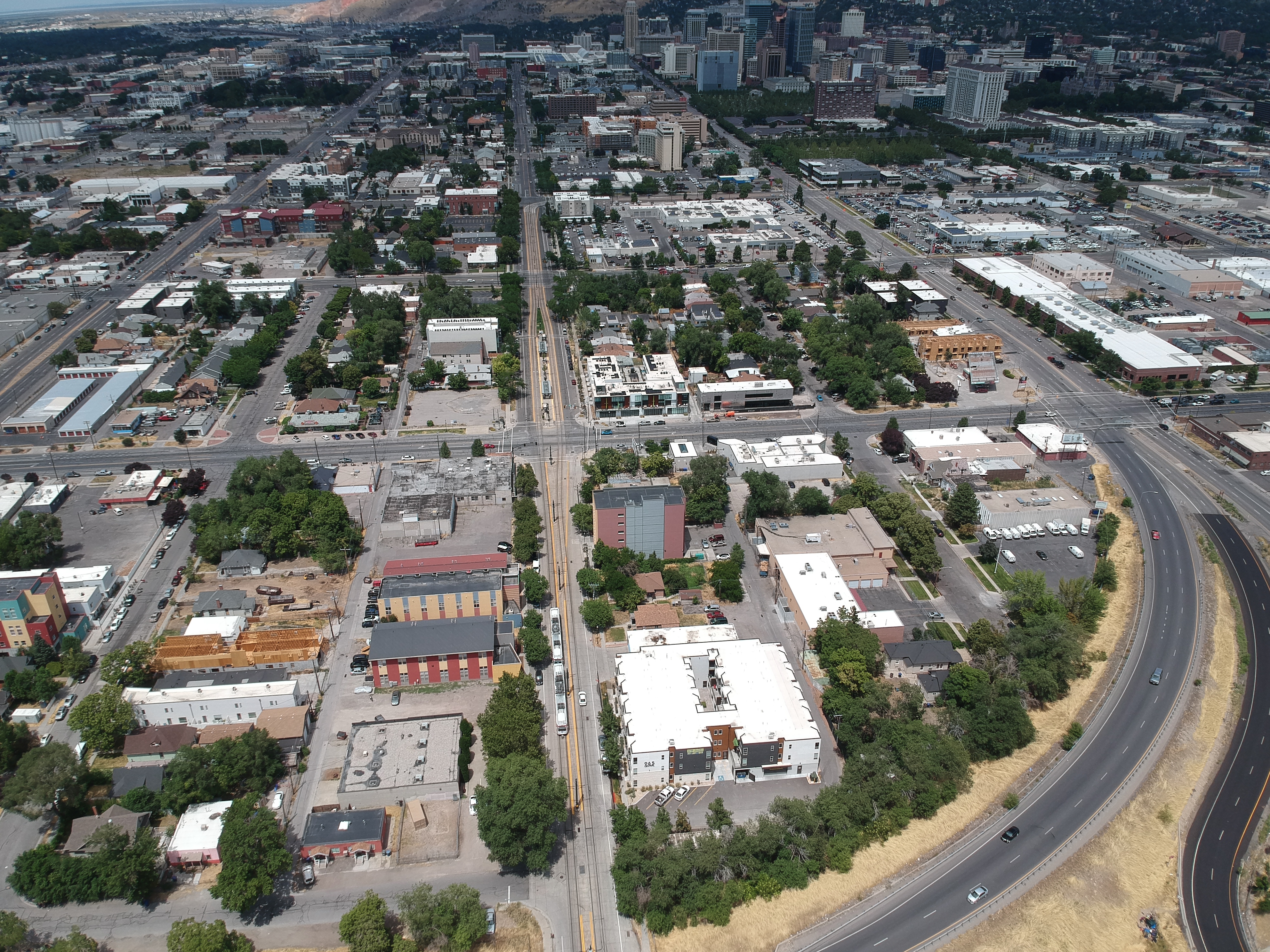 Salt Lake City on Tuesday released the results of a study that largely focused on the possible traffic impacts of moving the I-15 ramp at 900 South and ignored the impacts on the city and neighborhoods negatively affected by the ramp.

Rather than study the potential societal, economic and health benefits that would occur after reconnecting two neighborhoods, removing a direct source of pollution and developing about eight acres of land that would then generate tax revenue, this was a traffic study. And the results show UDOT, the state agency that maintains the ramp, isn’t likely to make any changes.

In fact, UDOT declined to even take part in any study that would have looked at removing the ramp entirely, city officials said Tuesday.

“When we talked about…as a viable option the complete elimination of the ramp, UDOT made very clear they wouldn’t participate in any way,” said Jon Larsen, Salt Lake City’s director of transportation.

“They’re willing to explore any idea as long as it doesn’t include removing a lane of traffic,” Larsen said.

Instead of studying and predicting what could happen if the ramp were closed entirely — a move that’s sure to be unpopular with many of the 60% of commuters who use the ramp primarily to quickly get into Downtown — the agency pointed to what it said happened during a brief closure in 2017. It said that closure led to slight delays on I-15 and other off-ramps.

The bottom line, according to Jeff Gulden with the city’s transportation division: “UDOT owns it, UDOT controls it and UDOT has no plans of doing anything with this.”

Still, this was the first-ever in-depth study that contemplated a new life for the ramp that begins south of 1300 South and runs for a half-mile into the Central 9th neighborhood at West Temple, city transportation officials said. And UDOT’s unwillingness to reimagine the city roads it maintains as something other than a car-mover isn’t new.

UDOT was unwilling to support meaningful changes on State Street, the road where people on bike and on foot are most often hit by motorists. Salt Lake City spearheaded the Life on State study that envisioned how the public’s right of way could be improved if it weren’t dedicated solely to vehicles. (Rather than wholesale changes to State Street, UDOT is allowing the city to improve intersections between 600 South and 900 South).

The agency follows what’s known as vehicle level of service, or a measurement of potential delays under certain roadway conditions. Several options the study looked at — such as moving the ramp to 400 West or 600 West — would slow cars at more intersections than doing nothing, according to the study.

Still, there were indications in the study that, if the same scale of the high infrastructure were moved to another intersection in town, several of the impacts of the existing ramp would simply be moved.

Moving the ramp to 300 West would free up 8.1 acres in Central 9th for development and shorten the ramp by almost a half-mile, the study showed. Still, UDOT says it would need to take land from properties on 300 West and 800 South to make that change.

It would also reduce the amount of vehicles that the ramp would serve, according to the study.

If the ramp were relocated to 400 West, according to the study, the agency would need land from the Fleet Block, which is undergoing rezoning ahead of eventual redevelopment. That change would free up 12 acres of developable land in Central 9th.

Other options that weren’t explored would have disrupted the future development of the Granary District north of 800 South, the study said.

That leaves the Central 9th and Ballpark neighborhoods without clear options for improving conditions that some liken to blight.

Urbanists and neighborhood activists worked for years to get a formal study of the ramp’s possible relocation, citing the need to reconnect a neighborhood divided by the ramp.

“The dead ends that the ramp creates and the blight that surrounds the ramp are problematic for property owners, residents, business owners and pedestrians,” said Jesse Hulse, an architect with Atlas Architects, whose headquarters are near the ramp.

Hulse mentioned the ramp’s effect at separating the Ballpark and Central 9th neighborhoods for people outside of cars, the dangerous intersection created at 900 S. West Temple, the high vehicle speeds on residential and neighborhood commercial streets and the blight created by “fallow UDOT land adjacent to the ramps.”

The study focused almost entirely on the perceived effects moving the ramp would have on traffic. And, for a state agency that has long appeared fixated on moving cars rather than all people, any whiff of slower commutes during rush hour is usually enough to prevent changes.

Still, city officials touted the report as the first-ever of its kind, which could be used if the community ever decides it wants to utilize the land for residents rather than saving a few minutes of rush-hour commuters’ days.