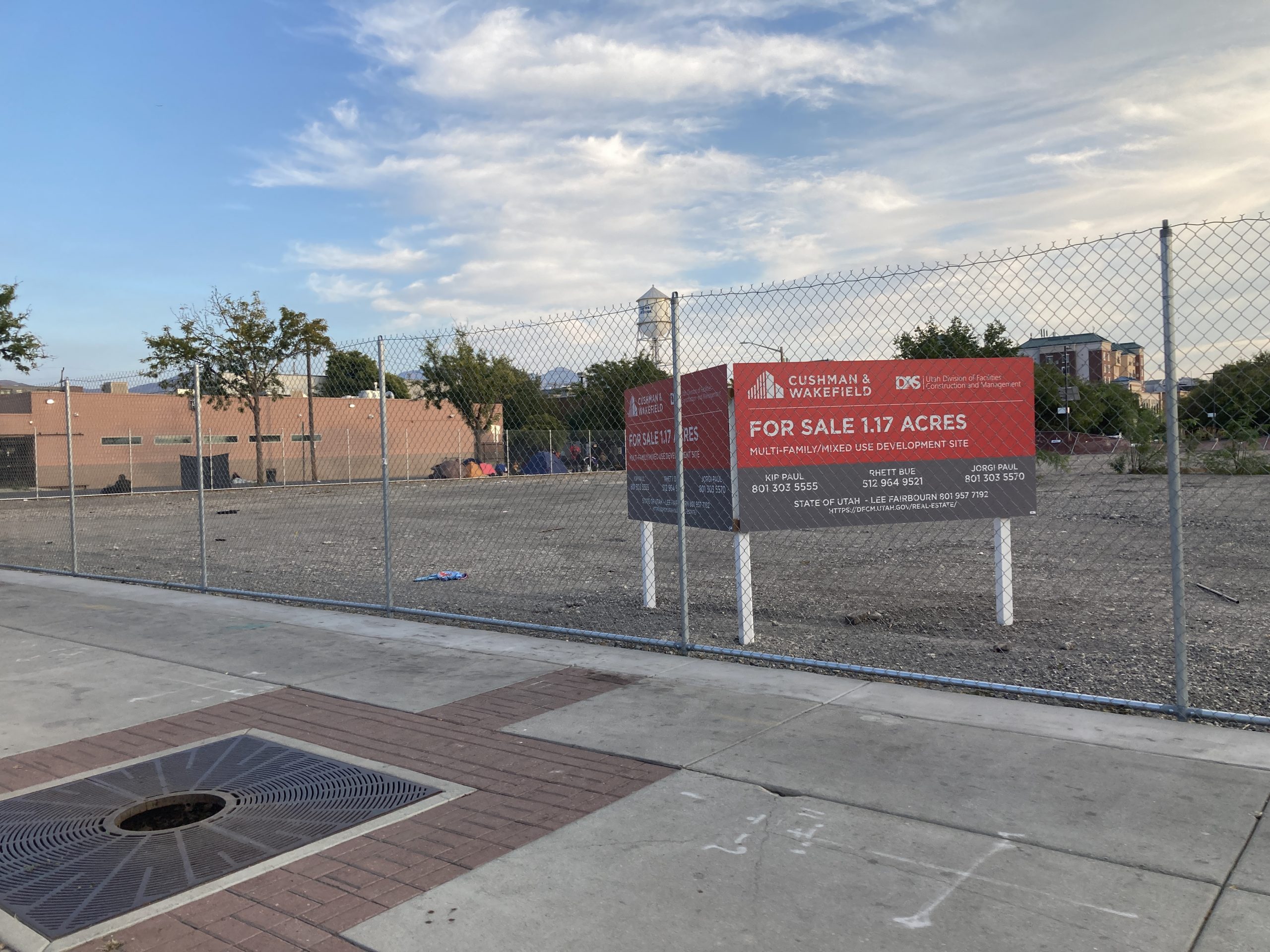 The property that became ground zero for a state law enforcement-led affront on people experiencing homelessness in Downtown Salt Lake City has been sold to a local developer, a year after the state demolished the shelter that long sat on the property.

The sale, while expected, caps off a years long and state-led approach of intervention in an area that had been the capital city’s epicenter of homelessness for decades until 2017.

The state Legislature forced the shelter’s closure, the state bought and demolished the building and sold the Downtown 1.17-acre property to a developer to cap off a multi-year intervention that also included a massive law enforcement crackdown.

What is known as Operation Rio Grande cost millions of dollars and led to the arrest of hundreds of people, many of them for low-level crimes. It also included a shift in the way the homeless services are delivered in the Salt Lake region.

The property’s sale was largely seen as inevitable, and was recently finalized.

The property is now owned by 210 Rio LLC. That business is registered to a shell corporation. But the Downtown address listed on the business registry is Hamilton Partners, a Chicago- and Salt Lake City-based developer that owned and manages 222 Main.

Representatives from Hamilton Partners didn’t respond to requests for comment. Nor did the real estate manager from the Utah Division of Facilities Construction and Management, the state agency that owned the property before the sale.

It’s unknown how much the state sold the parcel for or how much it spent to demolish the building that once stood on it and sheltered as many as 1,100 people per night in what was known as The Road Home.

It’s too soon to do anything but guess at what might be planned for the property, although the city’s zoning offers some guidance.

The property is zoned D-3, which envisions multi-family and mixed-use housing, retail and office space. The zoning also encourages re-use of existing buildings, which was no longer an option after the state demolished the building in January 2020.

New builds “are to be done as multi-family residential or mixed use developments containing retail or office uses on the lower floors and residential on the upper floors,” the zoning says.

Buildings up to 75 feet high are allowed by-right and up to 90 feet with a design review.

While still likely years away, any eventual redevelopment follows the state’s intervention that preceded rapid changes in the Depot District.

It’s still unknown (though unlikely) that there were any conditions on the property to include the type of deeply affordable housing that’s needed in the region.

“I have said from the beginning the best thing for that spot was affordable housing,” said Jean Hill, government liaison for the Catholic Diocese of Salt Lake City. “And deeply affordable housing, not just high end units with a couple of affordable units. Something for folks 30% and below AMI.”

Rental housing with that type of affordability is largely not being built in the region today, largely because it’s difficult for developers to build it and still make a profit.

The property has now changed hands twice since it was managed as a shelter and owned by the nonprofit Shelter the Homeless.

The state purchased it in cash for $4 million (the county assessor valued it at closer to $7 million), and agreed to continue homeless services until three new and smaller resource centers were opened in 2019.

The Road Home was closed in 2019 when three smaller shelters were opened — two in Salt Lake City and one in South Salt Lake.

The region’s homeless leaders said they chose to sell the building and more than acre of Downtown land to the state because it could pay cash and ensured a smooth transition to the new shelters.

Several months after the shelter was vacated — and during a time it was becoming clear the new shelters wouldn’t have enough capacity for the homeless population — the state demolished the building.