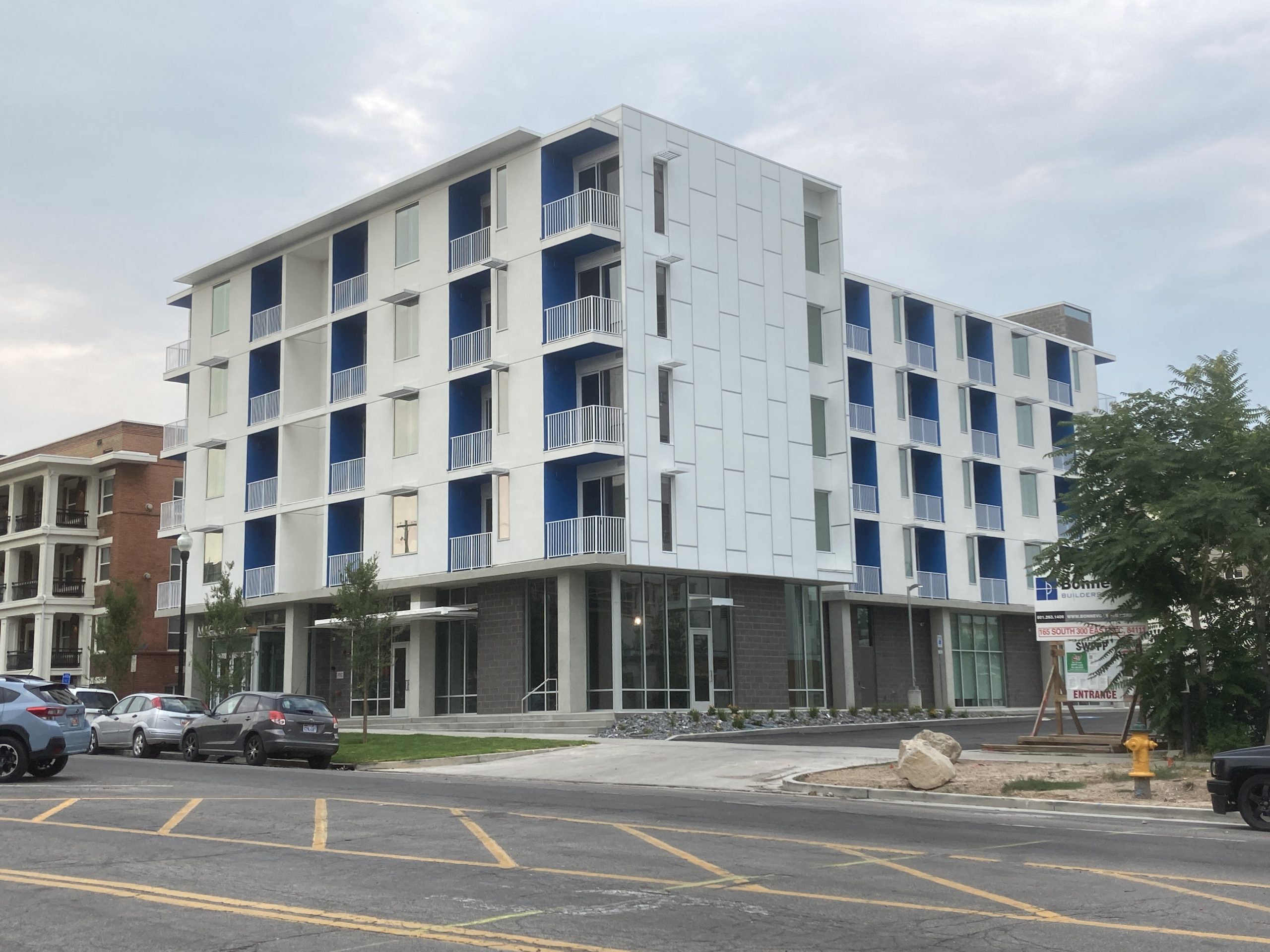 As the state’s deficit of affordable housing units keeps growing – it’s currently around 50,000 – innovations are also on the rise.

They’re coming in various forms – from cities liberalizing their urban zoning and the state of Utah offering carrots for suburban zoning reform, to new dwelling design concepts and therapy models for the unhoused.

What hasn’t been tried in Utah is a home ownership model that relies on a public entity owning the project, or at the least the land that the housing sits on. What if you could create ownership and equity-building for residents while guaranteeing that the units, when sold, remained affordable?

Salt Lake City’s Redevelopment Agency (RDA) is pitching to its Board of Directors, the City Council, several “shared-equity” models of home ownership that keep dwellings affordable by taking them off the market.

It relies on amping up the city’s recently-created community land trust – which may just get its spark from Inland Port payments to the city.

Ironically, the city department charged with raising property values in distressed areas – thereby accelerating gentrification and displacement – is also taking some of the most innovative steps to provide new affordable units meant to also build wealth for lower-income Salt Lakers.

RDA staff unveiled its initial steps for its new Westside Community Initiative (WCI) at the Agency’s board meeting in September. It signals a major shift in policy.

The RDA now looks ready to maintain ownership interest in properties rather than the usual playbook – sell them to a developer with a long list of agreements and likely some gap financing from the Agency.

In her presentation to the Board, RDA Deputy Director Tammy Hunsaker stated that the “WCI will take a long-term approach to land development and community building so that the RDA may retain the fee ownership to and a reversionary interest in the property. By ground leasing to development partners, the RDA will provide an opportunity to receive revenue generation to serve other public benefits.”

The housing benefits could include below-market rentals and several “shared-equity” ownership models.

In addition, the RDA wants to build commercial square footage that can be rented below market rates. Below-market retail spaces which “generate limited or no cash flow would potentially be subsidized with land uses that generate positive cash flow,” posits Hunsaker’s memo.

To fund the community land trust on the west side, the city is anticipating a new flow of property-tax revenue from an agreement negotiated in part by then-Council Member Erin Mendenhall, now the city’s Mayor, for development in the Inland Port.

RDA staff is proposing that the entirety of those Inland Port housing funds go to buying property on the west side for the city’s community land trust. They are limited to housing projects at 80% AMI or less according to the Community Reinvestment Agency Act in state code (17-C-1-412).

While city officials are unwilling to estimate how much the city may collect yearly, the flow is likely to be similar to other RDA areas collecting tax increment: perhaps in the hundreds of thousands, and probably not over $10 million annually.

The Mayor has also proposed $4 million of the city’s one-time federal Covid relief funds be added to the trust. In addition, the September RDA memo suggests funneling other revenues in the land trust’s direction, one the Board may warm to if budgets allow.

Created in 2017, and supported by the city’s Housing Plan and the City Council’s 2016 Comprehensive Housing Policy, the community land trust is administered by the Division of Housing Stability, formerly Housing and Neighborhood Development (HAND).

The trust currently only holds 11 single-family homes, Tony Milner, Director of the department, told us.

The modest scope of the land trust’s current capitalization may portend only small projects being pursued by the city. In addition, the lack of much multi-family zoning on the west side – with the exception of North Temple and Redwood Rd – will likely also constrict most grand multi-family visions.

Yet the ambition of the RDA’s Westside Community Initiative (WCI) seems to seek bigger bangs of affordability, aiming toward multi-family and townhome projects.

If the community land trust can manage to find land on the west side that can support townhome or apartment projects, RDA staff has several ideas to offer decision-makers who are interested in helping lower-income families build wealth through home ownership.

RDA staff envisions “an alternative form of ownership that provides benefits traditional markets cannot, such as long-term housing affordability and the ability for low and moderate-income families to build equity. When families decide to sell, they will receive their portion of the appreciation but the RDA remains as the land owner and is in the position to continue to sell the home at a below-market price, making it affordable to another family of limited means.”

In addition, the city is willing to buy the land and finance tenant ownership for another form of multi-family housing: co-ops.

As a shareholder model of ownership, co-ops can be market rate or limited equity. The RDA is proposing the latter, where “the owners do not own their units outright. Instead, each resident is a shareholder in the corporation based in part on the relative size of the unit they live in.”

Used in other cities to transition renters into owners, the RDA would “provide a framework for homeownership by bringing people together to own the building in which they live,” the RDA report claims. It seems especially applicable for LIHTAC-built structures that are going to transition to market-rate after the typical 50-year affordable deed restriction is over.

The equity generated by a resident paying down a loan on their share – financing possibly supplied by the RDA, Hunsaker told us – would be limited by yearly cost of living increases. The dwellings are thus guaranteed affordability upon their sale.

Will such a form of cooperative corporation ownership be allowed by Utah code? Hunsaker noted, “We don’t believe that the ability to do cooperative housing is preempted by state law, but are verifying this as we move forward.”