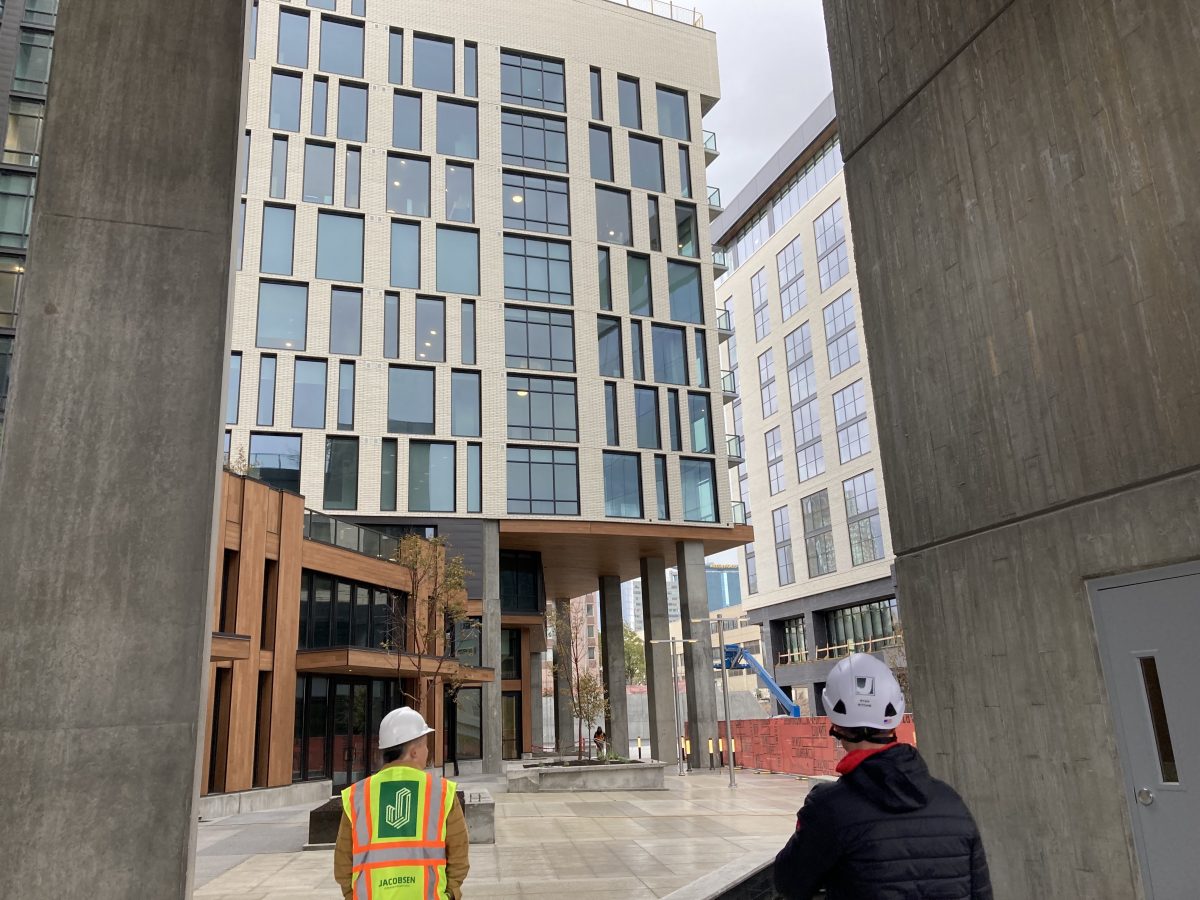 Contractors are still finishing the upper floors of the Salt Lake City apartment building that appears to have the highest rent in Utah.

But the building sitting at 111 S. 300 W., kitty-corner to Vivint Arena, is wrapped up enough to lease several lower floors, with more units on the way in the coming months.

The Charles is the first building in the cluster development known as the West Quarter. At 11 stories tall and with space for a restaurant on the ground floor, The Charles has studio apartments starting at $1,525 a month. But it’s the penthouse level homes that bring with them what will likely become the high water mark for the Salt Lake City rental apartment market.

Greystar, one of the largest apartment management companies in the world, is listing the 1,911-square-foot, two-bedroom, two-bathroom Penthouse 4 for $10,650 per month.

A search of Greystar’s other properties in Salt Lake City, and of the other recently delivered market-rate apartment buildings Downtown, failed to turn up anything else that rents for that much.

It’s likely that The Charles, which has other penthouse units that range between $7,850 per month and $9,200 per month, offers units with the highest ask rent in the state of Utah.

The building’s developer allowed Building Salt Lake to walk through the building, one of two that will open in coming months to continue Downtown’s movement to the west.

As is expected with modern market rate apartment buildings in the U.S., The Charles is equipped with amenities on multiple levels, starting on the ground floor.

A code-required staircase is wrapped on the west side with a cascading waterfall. There’s an indoor/outdoor gym and yoga studio, multiple lounges for billiards and card games and onsite maintenance.

On the roof are pool and hot tub, as well as space for grilling.

The fitness area stretches to the outside, providing indoor and outdoor options. There’s a resident wine room called “Notes,” and private rooms for residents to use.

On the ground floor of The Charles, commercial brokers are working to finalize a deal to bring a first-to-market restaurant. On the floor of Le Meridien hotel next door, Adelaide, a New Orleans-inspired will offer modern “French Colonial Cuisine.”

Across the street from the area the Utah Jazz play basketball games, it’s a likely spot for players and coaches to consider finding a place to call home.

The hotel building to the south will include the tallest bar in Salt Lake City, and the two buildings will provide multiple new restaurant options to the public and guests and residents living above.

The first phase of the West Quarter will also include a pair of hotels built within the same building footprint across the privately owned, publicly accessible Quarter Row. That street will continue to dead end into the rear of the former Downtown post office until that’s redeveloped in coming years.

Quarter Row is one of several privately owned, publicly accessible mid-block streets that will help break up the Downtown blocks to create a more walkable urban feel.

Future phases include a tower on the corner of 200 South and 200 West. That plan originally included office space. The Salt Lake City and suburban market have both seen a flooding of Class A office space in recent years.

Editor’s note: This post has been updated to include more context on some of the details within the building.