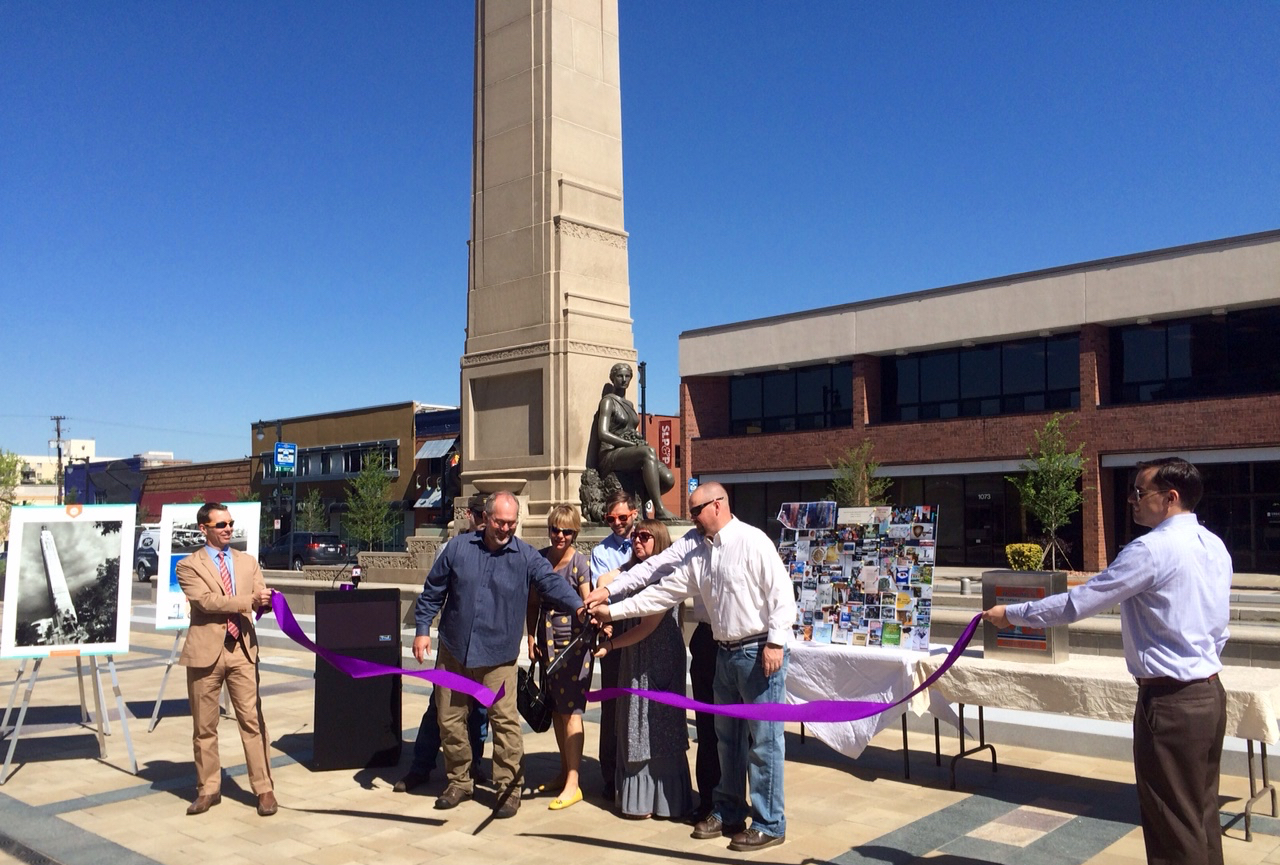 “We have a lot of open space and parks, but we don’t have a lot of social space outside of Downtown,” said former City Council member, Søren Simonsen.

“We hope the community views this place as the outdoor living they have always wanted,” said Baxter.

Construction of the Sugar House Monument Plaza began in September 2014.  The plaza and its monument have long been considered the center of the Sugar House Business District.  Yet the original plaza was essentially a concrete island dominated by a large bus shelter and separated from the neighborhood by streets on all sides.

“This plaza captures the modern with the historic,” said Summer Shumway of the Sugar House Chamber.

Friday evening, the Sugar House Community Council and Sugar House Chamber will lower a time capsule consisting of artifacts and photos gathered from local residents and businesses into the ground along 2100 South.  The time capsule will be opened in 2054, to celebrate the 200 year anniversary of the neighborhood.

“The renovation has really added a fabulous, new and community-friendly public space to our historic Sugar House neighborhood,” said Mayor Ralph Becker. “It’s been exciting to watch the ongoing evolution of our ‘second downtown’ and is further evidence that Salt Lake City is booming in every arena.”