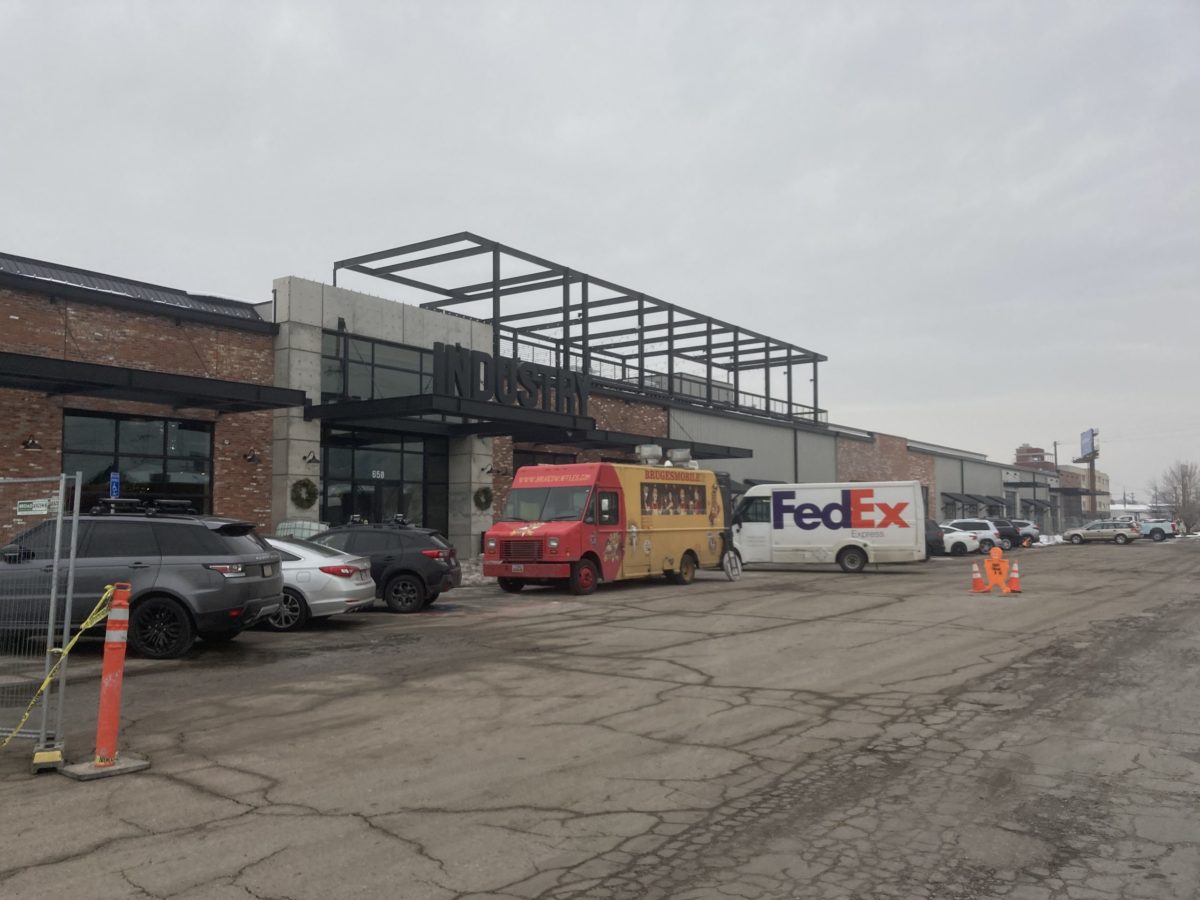 A proposal to dramatically alter the design of a street in the heart of the Granary District provides a playbook for how Salt Lake City could use its historically wide rights of way in a better way.

The developer behind Industry SLC is asking for permission to dramatically narrow the street running past the office space, paving the way for a linear park with trees, pickleball or tennis courts, plazas and events space.

If approved and built, the project could act as an example for how the city can unlock the potential of space in neighborhoods across the city that is currently sitting as pavement.

“By activating 500 West as a curb less street will not only limit vehicular traffic but also incorporate event spaces for outdoor performances, play commons with sport courts, and flexible plazas for food trucks and gatherings,” the developer wrote in an application for the closure.

The street vacation would involve the city selling land — about 70 percent of the right of way — to Q Factor for space that would be privately owned public space between 600 and 700 South.

Concept renderings describe a woonerf, or a curbless street where people walking, biking and lounging share the street with people driving cars.

Woonerf designs, which are common in The Netherlands, are extraordinarily rare in Salt Lake City. (Regent Street may be the city’s most successful implementation to date.)

A high-level concept shows two dog-friendly courtyards at the north and south ends of the street, a paved plaza with hookups for food trucks and public seating, two courts with lounge seating at the edge, an activity lawn and flex space.

The first phase of Industry was completed on the west side of the street in March 2020 and included about 100,000 square feet of office space that is entirely occupied.

The company is underway with a nearly 1,000-stall parking garage that will serve multiple buildings in the area. It has plans for multiple mixed-use residential projects on the east side of 500 West and is involved in the rapid development of the Post District north of 600 South.

Q Factor used the Denver-based architect SAR+ for the designs. SAR+ is responsible for a number of popular placemaking projects in the city, including the Dairy Block and a master plan for the 58 acres surrounding the Denver Broncos stadium.