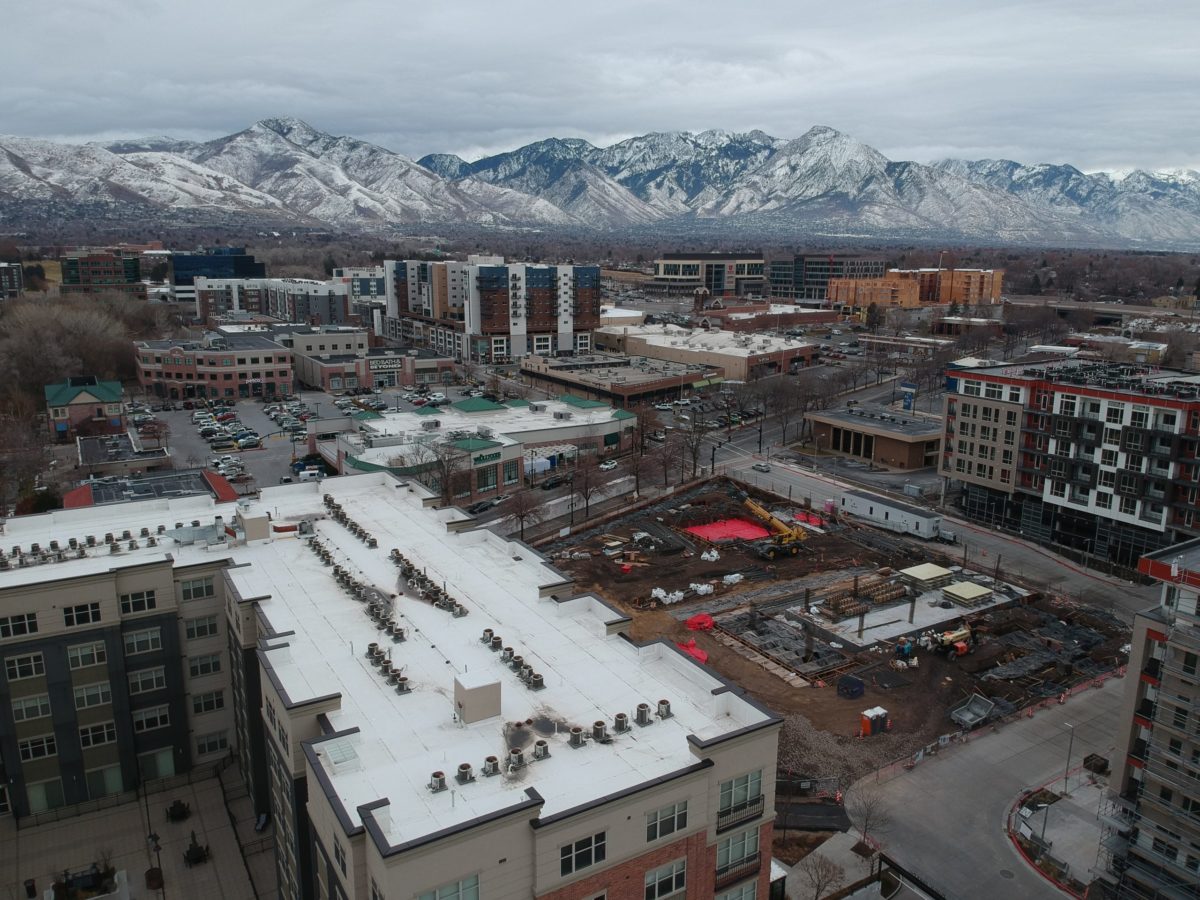 There’s a drive-thru in Sugar House that’s well-known throughout the city.

For six days of the week, a fast food chicken restaurant sends people in cars streaming onto the adjacent sidewalk and up and down 2100 South, creating a traffic jam on one of the area’s busiest roads.

The franchise owner has been eager to try and reconfigure the traffic pattern in the parking lot and car queue to minimize the restaurant’s impact. But the situation raises a question: should this drive-thru even exist?

After years of allowing the car-centric spaces in one of the city’s most urban zoning types, the Planning Commission is hoping the city might bring an end to the practice.

At its July 13 meeting, the commission asked whether the city’s stated goals for the Sugar House district matched the reality that car centric businesses could open in the neighborhood’s most urban areas without requiring added permission from the city.

The commission tabled the discussion on Wednesday night, but only after signaling it wants to take a closer look at what’s allowed by-right in Sugar House.

The commission is weighing whether to ask the city’s planning staff to study the issue, and planners say they’re willing to take it on if asked.

The commission members, who are appointed by the mayor, could then initiate a zoning change that would make its way to the City Council for a potential vote.

The study could highlight one of a few glaring issues between stated goals and zoning in the Sugar House area.

When creating the zoning that led to the mass redevelopment of the Sugar House area, the city sought to “promote a walkable community with a transit oriented, mixed use town center that can support a twenty-four hour population.”

That includes residential, commercial and office uses, along with building types that allow for high density residential, which would then support local businesses.

Whether it also includes allowing businesses whose primary draw is serving quick meals to people in cars appears headed for a debate.

Right now, drive-thrus are a permitted use in the two zoning types in the core of the Sugar House business district. That largely means drive-thru franchisees can buy or lease a property, obtain a building permit and open their car-centric businesses in the Sugar House core without extra approval from the city’s Planning Commission.

Imagine if the city allowed landfills as a permitted use in neighborhoods that are zoned for single-family houses.

“The question raised by the Planning Commission is if there are allowed land uses that create conflicts with the purpose statement, with a specific mention of drive throughs associated with restaurants,” the city’s Planning Division wrote in a brief memo.

Another issue in Sugar House that’s flaring up is around the zoning allowing for gas stations near the core of the business district.

A property owner is seeking to bring another gas station to the piece of land immediately adjacent to Sugar House Park.

You get what you zone for.