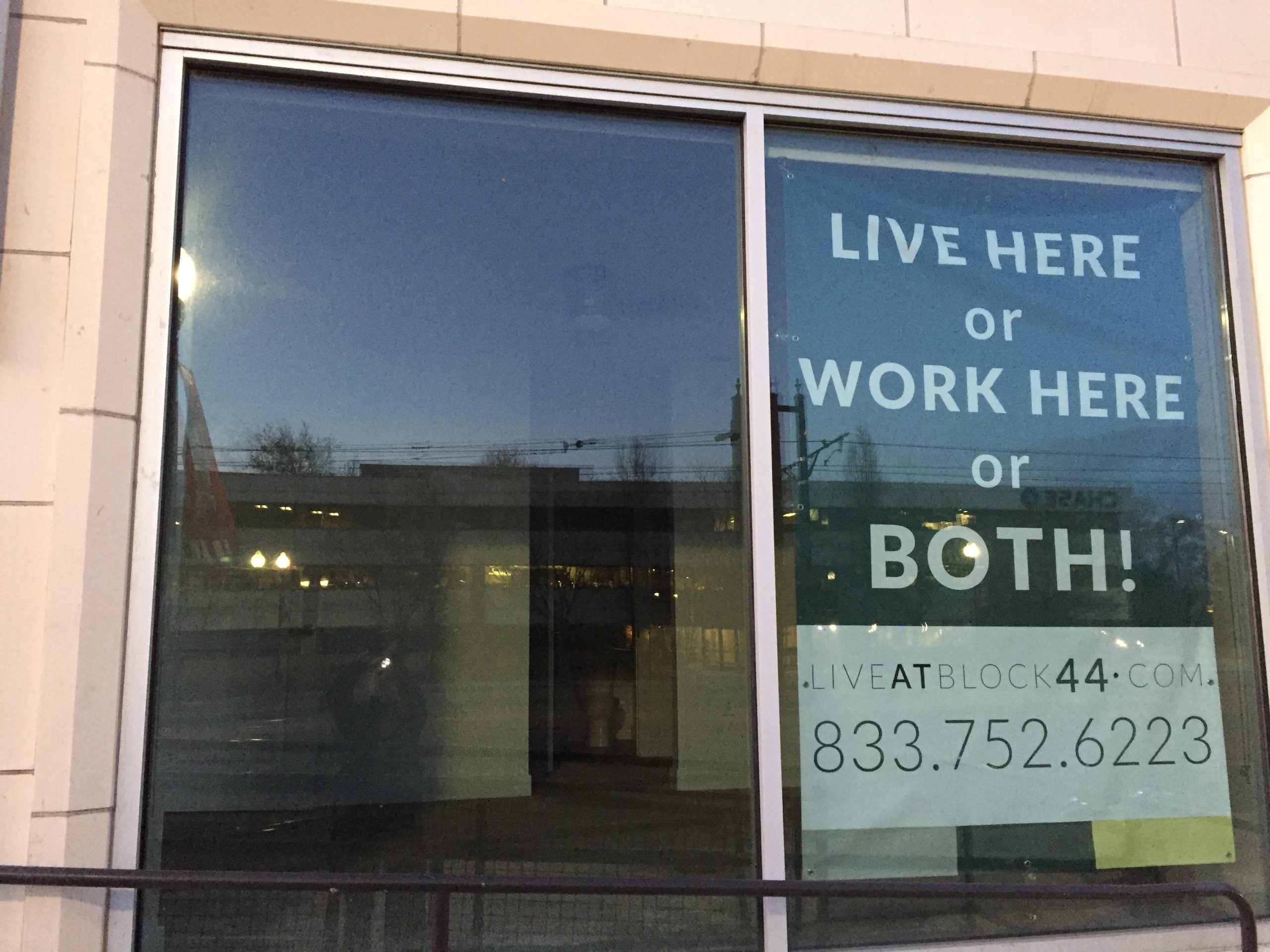 The Salt Lake City Planning Division is attempting to prepare downtown Sugar House for a future with more sidewalk vitality and less space for cars. Its recent proposal to the city council for updating the business district’s design standards is getting some flak – from developers, disability advocates, and the Sugar House community council.

Developers chafe at the prohibition of dwelling units on the ground floor along 2100 South and 1100 East – with the notable exception of live/work units. The community council expressed its disappointment that city planners aren’t going farther and requiring ground-floor commercial use.

The community council’s letter also drew attention to the ordinance allowing building facades of 300 ft, noting that that distance is equal to the length of a football field and “a dehumanizing mass of a structure.” It pointed out that only requiring sidewalks to be 8 ft and 6 ft in CSHBD-1 and -2, respectively, will ensure that sidewalks are too crowded to feel comfortable walking alongside other people.

Building Salt Lake spoke to a handful of local developers about the proposed ordinance change, specifically the prohibition of dwelling units on the ground floor for all new residential construction. Reviews were not favorable.

Yet the planning department’s compromise position to allow live/work units—which are defined as commercial spaces in the code – looks to carry the day.

Planning Director Nick Norris, who in 2010 was a senior planner in the department, authored the city’s first “performance-based” TOD ordinance. In the last 10 years, he has been through several revisions of his work.

The TOD ordinance’s first application, along 400 South, came under significant criticism for being too lenient in how it allowed developers to reach the necessary point threshold to gain approval. Projects like the Encore apartments at 500 E. and 400 S. was one of “a number of projects that didn’t turn out liked we hoped,” he told the city council in 2017.

Part of that revision was a requirement for 80% of a building’s frontage to consist of commercial or live/work space, the same requirement proposed for the Sugar House Business District along 2100 South and 1100 East.

Typically in Salt Lake City, live/work spaces have been built with two floors, with the retail frontage on the bottom and an apartment on the floor above. But this isn’t required in the Sugar House ordinance or the North Temple and 400 South TOD zones.

The city’s ordinance states that “Residential uses may be permitted within the required area in lieu of the required use, if the ground floor is designed so that it can be converted to an allowed commercial use in the future.” Live/work units are defined as commercial spaces in the code – which means that convertibility wouldn’t require more than a major tenant improvement project.

In response to some pushback on the city council about prohibiting ground-floor residential, Norris insisted that “The concept of live/work allows those spaces to change uses over time as the market demands it.”

The success of the live/work concept in Salt Lake City seems mixed. Some units are vacant and some are purely residential, presenting only curtained windows to the street. Others are welcoming businesses.

Even as retail vacancies are low – 4.2% in Utah and 4.7% nationally in 2019—none of the developers we spoke to is in favor of mandating ground-floor retail.

John Gardiner, whose Urbana properties has built three mid-sized projects in downtown Sugar House, was alarmed at the threat posed to developers of small parcels by a ground-floor retail requirement.

Commercial spaces “are particularly non-feasible for smaller buildings as the space is just not big enough for a retailer,” he wrote.

“The burden of this non-economic space, if the project can even be developed with this dead weight burden, must be added to the cost of the residential units thus INCREASING THE COST OF HOUSING.”

Jesse Hulse of Atlas Architects, who have been instrumental in the rebuilding of Central 9th, is also skeptical of prohibiting ground-floor residential.

“If the object is street activation,” he told Building Salt Lake, “then the use does not necessarily need to be retail or other commercial – well designed ground floor residential can provide activation, eyes on the street, and still be well considered to protect occupant privacy and security.”

The developers of the Maven District on 900 South have embraced mixed-use as a growth strategy. Tim Watcke told us that while not supporting government mandates to include commercial space, they see it as the future.

“Plenty of developers are missing out on this opportunity in SLC right now because the city is clearly calling for more housing, which in turn will require more retail and offices to support the residents, so doing both simultaneously has been a great way for us to get a leg-up on the population growth,” Watcke contends.

He and his partner Tessa Arneson believe “It is also very clear that with the growth of millennials becoming intentional entrepreneurs, and their lines of work and play bleeding into one another through passion projects, that demand for mixed-use spaces aren’t likely to go away any time soon.”