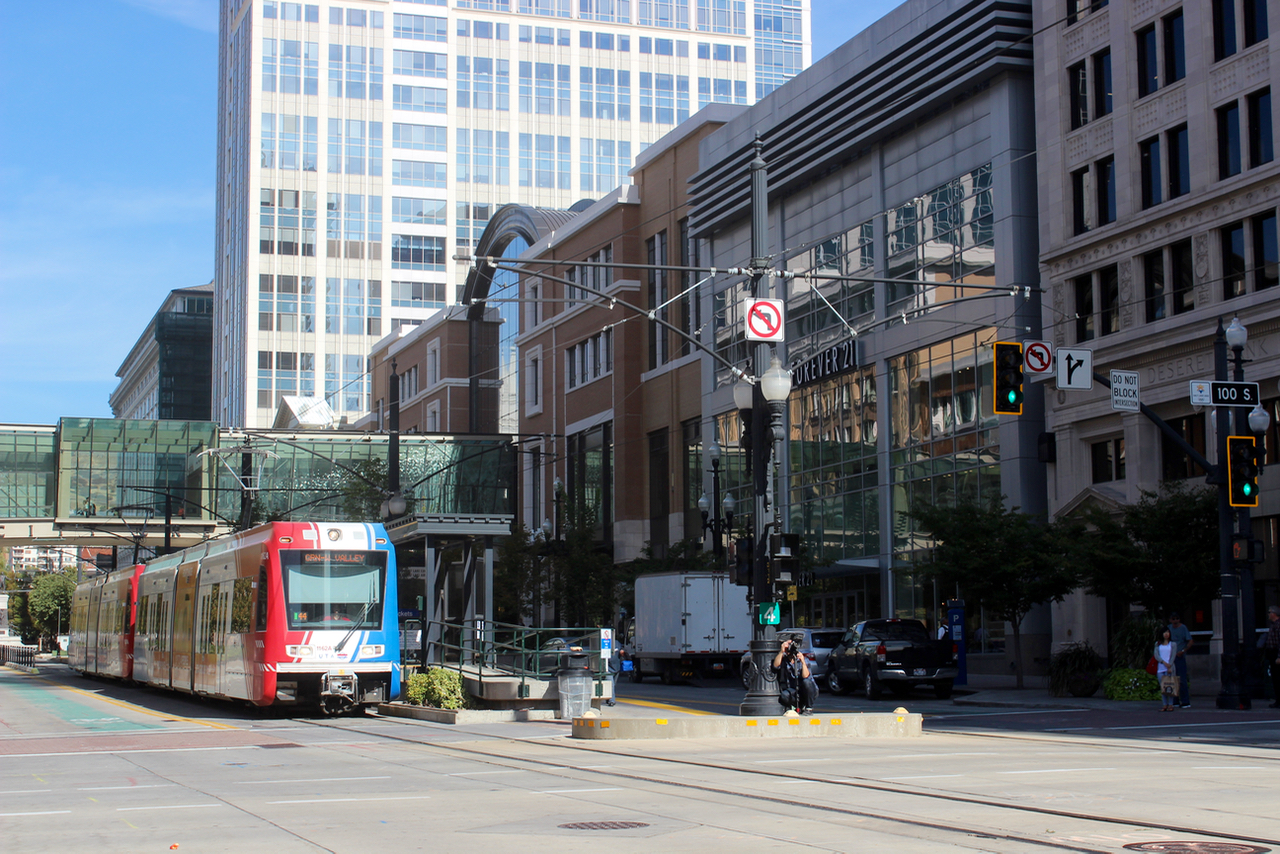 Salt Lakers want their streets designed for people, not cars, and this is not an opinion piece.

That’s the takeaway from a survey of about 1,200 respondents who emphatically said they want their streets designed to move all people, rather than primarily vehicles.

In fact, SLC respondents ranked movement of vehicles as their lowest priority, indicating support for an attempt by Salt Lake City to move away from nearly a century of car-first street planning and toward one that ties streets to the existing and desired land use in areas they pass through.

Transportation Division staff are nearly finished writing what are called street typologies, which will effectively add more granularity to the citywide road network. Instead of three primary street types on city streets — local, collector and arterial — there will be 15.

“The typologies kind of help us with understanding I guess what kind of the longer-term vision for the street could be and building toward that,” said Jon Larsen, director of the transportation division. “It (also) sets what the target speed should be for the street.”

Each of the nearly 10,000 street segments throughout the capital city would be classified under one of the new 15 typologies. In essence, the city would move away from focusing on minimizing congestion as the ultimate goal for planning streets.

While any changes brought through the plan would be gradual, it would be the most substantial step away from decades of car-first planning in Salt Lake City and act as a blueprint for creating more livable, people-first spaces.

“That doesn’t mean that all of our streets will become car-free streets right now,” said Tom Millar, a transportation planner with the city. “It does mean that when we look at the street we should be prioritizing the functions that people do want the most.”

The concept of adding granularity to better reflect the types of neighborhoods streets pass through has been used in Seattle, which has 12 different street types ranging from Downtown, Urban Village Neighborhood, Urban Center Connector, Neighborhood Yield and more.

Each of those street types then sets guidelines for where they’re appropriate and what they should consider, like street trees and landscaping, pedestrian access, transit and freight.

Salt Lakers who live on small residential streets would be familiar with Neighborhood Yields, which are just wide enough for one vehicle to travel down the middle due to on-street parking. Oncoming drivers yield to each other, creating a calm traffic environment.

While Larsen wouldn’t name the changes that will be envisioned in the street typologies draft document, other than that it would give the city the chance to better tie land use and streets.

“When I was in school learning to become a traffic engineer, (in) Transportation Engineering 101, you get the diagram with your four street types, local, collector, arterial and highway or freeway,” Larsen said. “It just doesn’t give us enough vocabulary to describe what’s really going on.”

Larsen’s staff isn’t acting on its own, and will either ask the City Council to formally adopt the document after public input this summer or fold it into an upcoming Transportation Master Plan.

That holds true regardless of the general area: near home, near work, near schools and parks, near shopping. Salt Lakers prioritize movement of all people.

The next highest was greening, followed by placemaking and then access. Vehicle mobility was the lowest priority near home, work, parks and shopping.

“In somes ways it’s not surprising,” Larsen said. “We’ve heard so much about people frustrated about cars speeding down their street. It makes people really mad. It’s a big-time quality of life thing when you feel like on the street you live on cars are speeding by.”