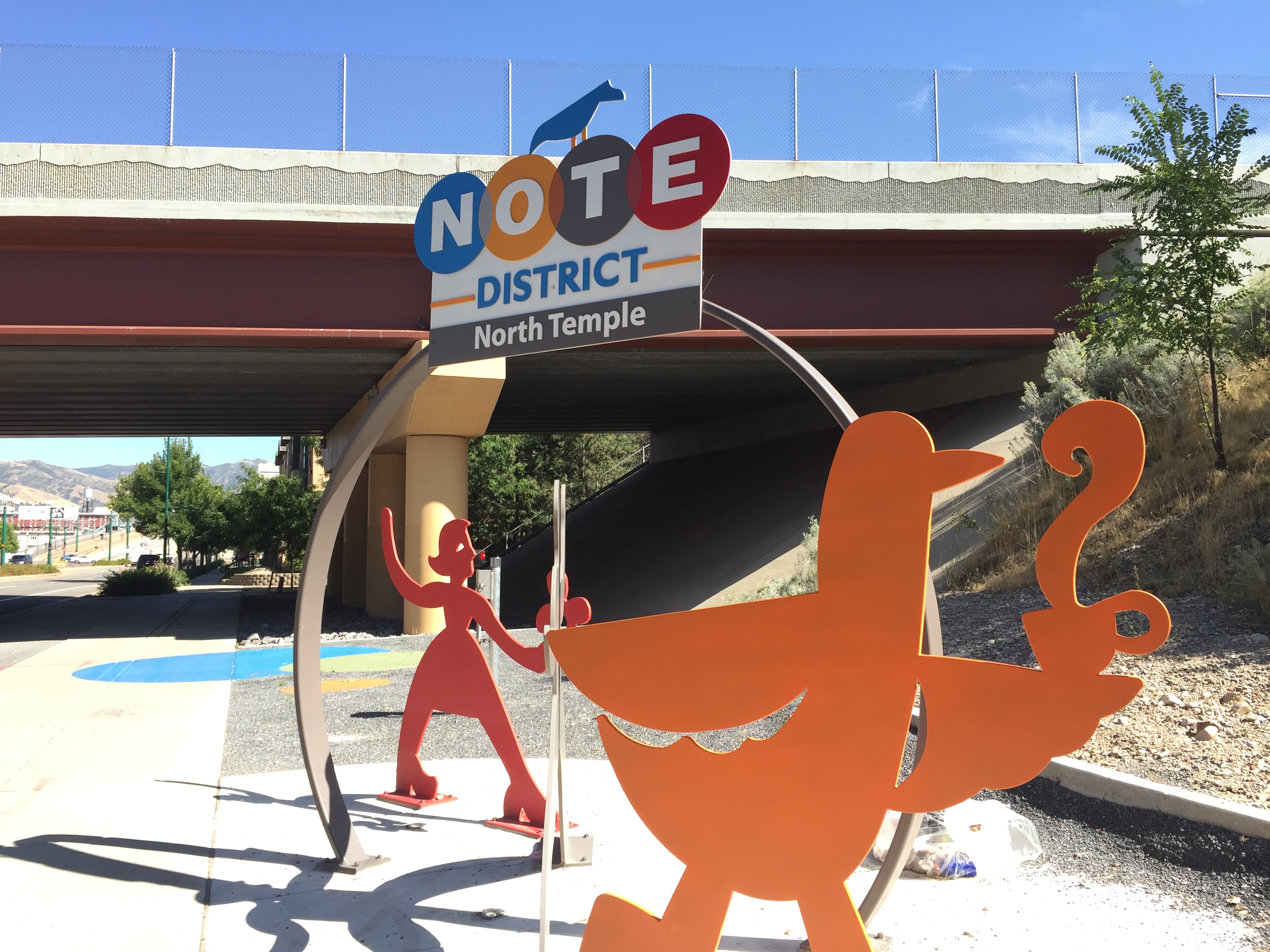 Salt Lake City’s RDA continued to self-analyze this month about the performance of its North Temple Project Area.

“Redevelopment has occurred at a slower rate than what was anticipated when the project area was created,” wrote Cara Lindsley, project manager for the North Temple area.

The Airport TRAX Green Line was completed in 2013. It was preceded by both the North Temple Boulevard master plan (2010) and a comprehensive transit-oriented rezone.

City councilman Andrew Johnston (District 2), who represents the area, emphasized that neighbors’ fear of crime keeps them from walking and shopping on North Temple. Developers, he said, sense a “fundamental image problem” that continues to dampen enthusiasm for investment.

State Senator Luz Escamilla (District 1), also representative for the area, is running for Salt Lake City mayor. “Business people are frustrated – there is nothing happening there,” she stated at a recent candidate’s debate.

Despite the frustration of residents and policymakers, the North Temple corridor shows significant signs of life and development opportunity.

In its memo dated September 19, RDA staff reminded the Board of the area’s ambitions and its current status. Over the project area’s 25-year life, it was projected to collect over $56 million in tax increment. In the 8 years since the project area was inaugurated – nearly ⅓ of its planned life – just under $1.3 million has accrued to the city.

The recent RDA memo calls attention to agency activity in the area: its facade improvement improvement program, a construction loan for Red Iguana 2, public art under I-15, the Overnighter Motel retail and affordable housing project (SPARK!), a loan to Congregation Spirits on 10th West, and helping fund the Folsom Trail.

It also notes ongoing RDA studies to bring a public market to the State Fairgrounds and to “daylight” City Creek along the Folsom Corridor.

Frustration among policymakers is currently running high. But the number of housing units built along the corridor under the Transit Station Area (TSA) zoning code is not insignificant.

Building Salt Lake counts at least 1,176 units constructed since 2011. Another 166 are currently under construction with 575 in the planning stages.

The block most frequently cited by critics as the most challenging – from 800 to 900 West – at times resembles a mini-Skid Row. Police are frequently called to the area, in particular to the Gateway Inn motel at 819 West. Loitering and suspected illegal activity are common when police are not saturating the area.

Recently, the Utah Harm Reduction Coalition has been servicing the block, looking to help people with drug addiction and offering safe syringe exchange.

Despite the RDA’s interest in the property, the Gateway Inn was sold in the spring of 2019 to David Pope, who owns the Alta Motel Lodge on S. State and the Colonial Village motel on S. Main in Salt Lake City. The Gateway Inn is valued at just over $2.3 million by the Salt Lake County Assessor.

A source tells Building Salt Lake that the properties immediately west of the Gateway Inn are beginning to turn over. The defunct Arctic Circle restaurant and the still-open O’Reilly Auto Parts at 865 West have been bought by longtime Downtown real estate mover Mike Ferro of Internet Properties. He has the Arctic Circle under contract to sell to yet-unknown buyer.

SPARK!, a project by Brinshore Development at 1500 West, is hoping to catalyze the Cornell Street – TRAX Power station area of North Temple.

Brinshore is expecting to hear on the status of their tax credit application by the end of the year. The currently shuttered Overnighter Motel, at just over two acres, was purchased for $4 million by the RDA in 2017. That price may be an unfortunate precedent for other potential investors.

SPARK!’s 200 units will be a mix of affordable and market-rate apartments, with retail and community space fronting the street.

In addition, a new hotel, the Best Western Glo, is set to be built at the site of the current Dream Inn motel at 1875 W. North Temple.

An urbanist observer can’t help but be impressed by the amount of developable property along the corridor.

To such an eye, two major villains of wasted space stand out – sprawling institutional and auto-oriented development. Pacificorp (electricity) and Dominion Energy (natural gas) dominate large sections of the south side, from 10 West nearly to Redwood Road.

The Utah State Fairpark (and its associated properties like the White Ballfield) have a huge impact along the same stretch, mostly on the north side.

Some of the hidden opportunities for small-scale development can be found in the excess of parking lots that front North Temple. In addition, vacant buildings abound on lots that could accommodate small- to mid-size housing and commercial developments.

What’s getting in the way of more investment on North Temple? Certainly not a lack of opportunity.

Editor’s note: A previous version of this story stated that Mike Ferro was in the process of buying the O’Reilly Auto Parts store. That sale has gone through. In addition, we have made a correction on the price that the RDA paid for the Overnighter motel.