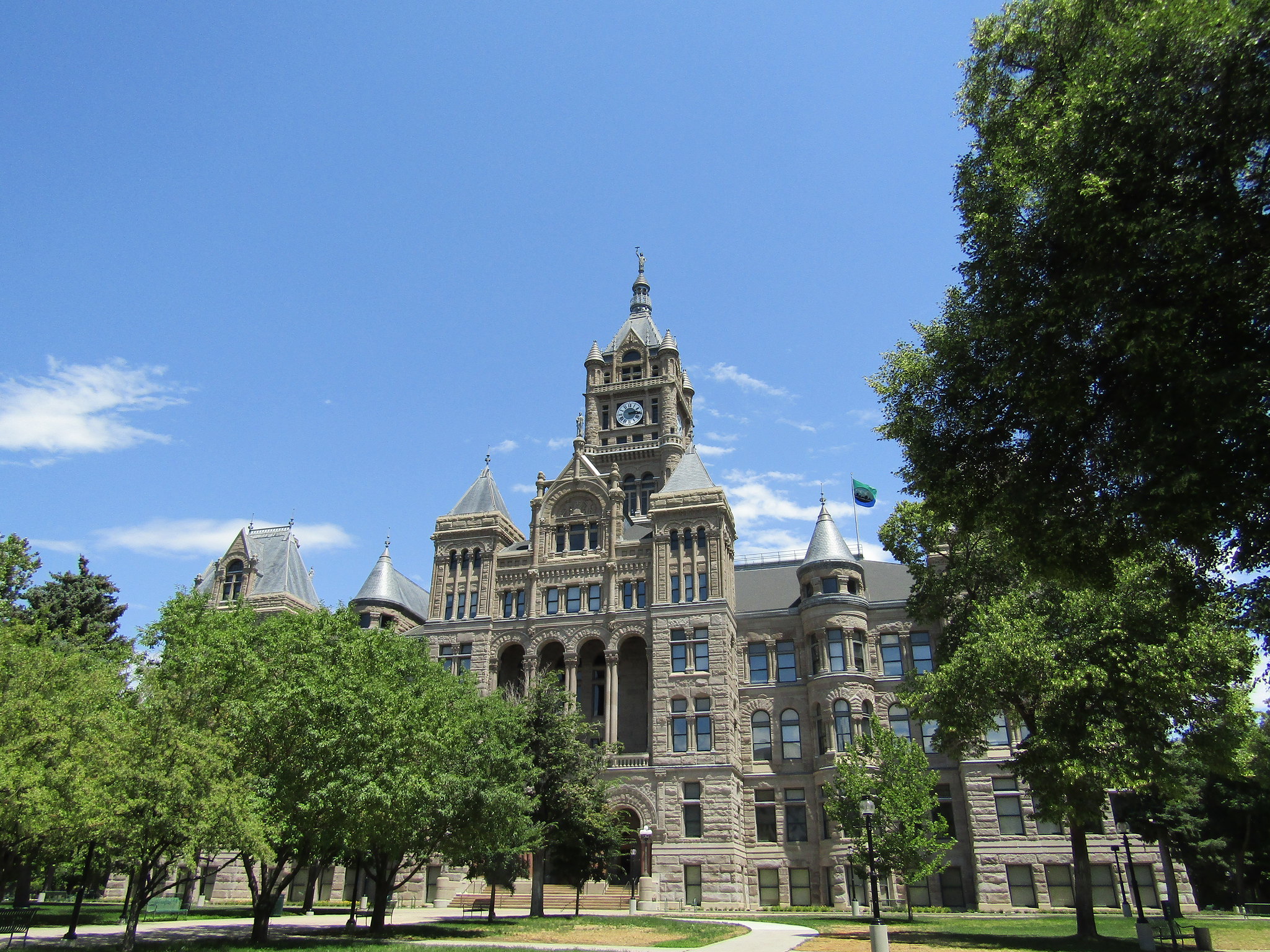 Capital city residents have a chance to do what few people witness in their lifetimes: adopt a new city flag that’s fit to fly in public.

In Salt Lake City’s case, there’s nowhere to go but up. We have a first-look at the top eight flag designs, which the city is asking you to rate starting today.

The highest rated flag could be hanging at the Salt Lake City and County Building this fall.

Designers submitted nearly 650 flag designs to replace the current flag. A committee Mayor Erin Mendenhall convened virtually this week whittled the list down to eight final designs, which residents will rate through mid-August. Building Salt Lake received the designs and will unveil them below.

Mendenhall said she wanted to give residents a new banner to rally under, especially during difficult times.

“It’s not easier or cheaper to live in this city. But there’s an intention [to live here] that creates a strong sense of community,” Mendenhall told us. “Our people deserve a flag that makes them feel a sense of belonging and pride in their city for the community that it is.”

Before the big reveal, here’s how we got to this point.

In 2004, then-Mayor Rocky Anderson decided it was time to redesign the city’s flag.

Anderson had good reason. The original “looked like a junior Sunday School project somebody slapped together,” he told us this week.

Anderson set out to replace the flag, but the top submission included a seagull — a reference to the city’s LDS pioneers, which Anderson didn’t like. The designer replaced the gull with an eagle, and that version was submitted for City Council approval.

Council members at the time didn’t understand why an eagle, which rarely if ever soars above the city, would grace its new flag. They balked at the design.

So Anderson set out to create a new one, which was adopted in 2006 and itself has numerous design anomalies.

Ted Kaye, a flag expert, wrote Good Flag, Bad Flag, the preeminent book on flag design. In it, he outlines the five principles in a well-designed flag.

There are guidelines on the number of colors used, the simplicity, the symbolism, whether lettering is used and so on.

When a group of politicians, led by Mayor Anderson, created and adopted the current flag in 2006, they managed to violate nearly every principle of good flag design.

For the past 12 years, the clip art-inspired flag has hung almost nowhere other than ironically. (In fact, between now and September, go search for how many Salt Lake City flags you can find in the wild and let us know what you find.)

The community asks for a change

In 2018, a designer started a petition to replace Anderson’s flag. The Tribune covered the campaign, and former Mayor Jackie Biskupski expressed interest.

Residents that responded to a survey overwhelmingly supported the concept of replacing the flag, but it wasn’t until this May that Mendenhall revived the idea. Other things have taken priority.

“Although the last seven months have been full of unprecedented events and earthquakes and pandemic, the character of our city has been on display as we’ve gone through and navigated everything 2020 has brought us so far,” Mendenhall said. “Which is I believe good fodder for contemplating what a flag could be or should be. That represents who we are.”

The city put out a call for submissions and received nearly 650 designs. Artists could submit no more than two apiece, showing that hundreds of people submitted.

Residents now can respond to a survey to rate each of the top eight designs. The city’s flag committee will submit the highest-rated finalist to City Council for adoption in September.

Kaye volunteered to guide the committee to the current eight designs. (In fact, the city has spent no money on the effort, though the winning designer will receive $3,000 for their work.)

“People are very good judges of flag design,” Kaye told us. “Especially once they understand the specific uses that flags are put to that create constraints on design.”

A flag will be seen at great distances; on a piece of cloth; while it’s moving and still; from two sides; among other flags; on a uniform patch; painted on buildings; painted on vehicles; on stickers; on T-shirts; on coffee mugs.

“Think of an athlete with a flag behind them when they’ve won a race,” Kaye says. Think of “sad occasions, flags cover caskets.”

After reviewing the designs, residents will rate each one on four criteria: colors used, symbolism, city representation and overall design.

With that in mind, meet the contenders to be Salt Lake City’s new flag, displayed over grey backgrounds. Don’t forget to fill out the survey by Aug. 21.

While it’s rare to be as close as Salt Lake City is to a new and well-designed flag, remember that this isn’t a new concept for many Utahns.

Back when newspapers did such things, the Salt Lake Tribune in 2002 held a contest to redesign the 99-year-old, and current, Utah flag.

The result is a cautionary tale of how close society can come to a new flag before sticking with the familiar flag, itself violating numerous design principles mainly for complexity, number of colors used and using the state’s seal.

Kaye was involved in the 2002 contest, and even has final submissions in a box in his garage. He remembers his favorite submission, which was nearly adopted before a lobbying effort from a heritage group opted to stick with the familiar.

“The design I think could be sold to the public is one that is the ultimate simplification of the current state flag,” Kaye said. “A solid blue background with a large stylized beehive in yellow in the center. A yellow ring around that beehive.”

A submission from the Salt Lake Tribune’s 2002 flag redesign contest that flag design expert Ted Kaye says would become a top 10 flag in the U.S.

“It in effect is saying the same thing that the current Utah state flag says, in its most boiled down, simplified form,” Kaye said. “You are the Beehive State, having a beehive on your flag is OK. Even though there’s LDS symbolism there. That’s the state symbol. And it’s on the state flag already. If Utah were to adopt that flag it would be easily in the top 10 flags.”

For effect, Kaye sent us two images. One is a lineup of the state flags that fly at the Four Corners Monument today, and what could fly had the state adopted the new, 2002 version.

An unadopted version of Utah’s flag alongside the flags of Colorado (top right), Arizona (bottom right) and New Mexico.

As does a great city. Have you voted yet?