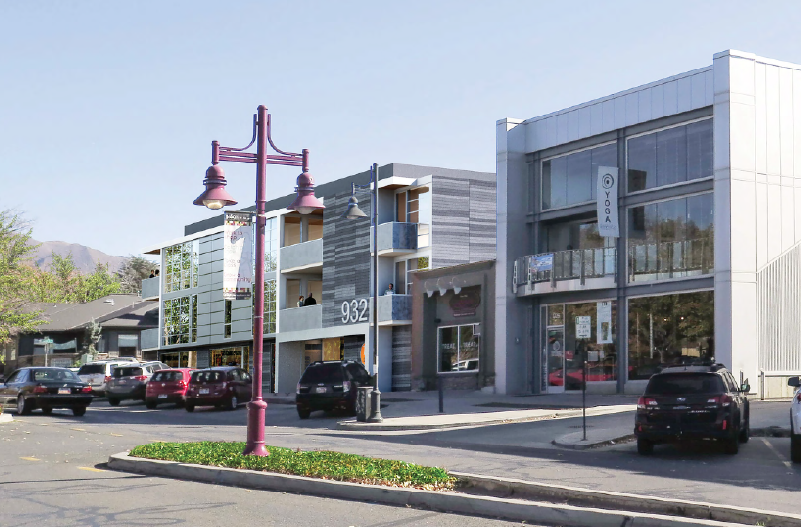 Salt Lake City is considering making its parking ordinance — the requirements developers and businesses must follow when creating retail or residential developments — more granular than the current requirements.

That largely means fewer required parking stalls for most new development in much of the city, but more parking for retail and restaurants in some neighborhoods.

The proposal, if approved, would shift several neighborhoods in a less car-dominated direction. It would allow housing and commercial developers to avoid at times contentious meetings when they look for permission to build less than required off-street parking. It would also add parking in some instances, which the city says would avoid customers’ parked cars spilling into neighborhoods.

For some, it would mean no parking minimums for new multi-family residential developments. Here are the biggest proposed changes.

Neighborhoods that are transit oriented would see the biggest shift from high off-street parking requirements. Those include Downtown, Gateway, Central 9th and the North Temple and 400 South corridors.

In those neighborhoods, there would be no minimum off-street parking requirement for new multi-family dwellings.

“Downtowns are typically our most progressive built environments that are well served with a mix of uses, mass transit, bike lanes, and diverse technologies that reduce the need to an abundance of surface parking,” said Eric Daems, the city planner overseeing the proposal.

The current requirements depend on the zone that’s captured in the “transit context” bucket in the proposed changes, but it largely means eliminating parking minimums in these areas for residential developments.

New single-family attached (row house) and detached would require 0.5 off-street spaces per dwelling unit, down from two each.

The city is proposing creating a “general context” designation for neighborhoods, which largely would include single-family residential neighborhoods but also State Street and much of Main Street.

The city is proposing this designation for parts of Salt Lake City that are “auto-dependent and/or suburban in scale and parking needs.”

The parking requirements in those areas would largely go unchanged under the proposed new ordinance.

For Ballpark, which is seeing a shift toward mid-density and missing middle housing, that means the core of the neighborhood’s south end would still have many of the original, auto-oriented parking requirements.

Instead of requiring two off-street parking spaces per two-bedroom dwelling unit in multi-family developments in the “general context” areas of town, the city would instead require 1.5 spaces, a 25% decrease.

For every one-bedroom dwelling unit in these areas, which includes much of State and Main streets, developers would be required to include 1.25 spaces, a 25% increase in parking requirements.

“We feel that this could also serve as an incentive to rezone to a designation that would allow for lower minimum parking, which is a common request of developers as neighborhoods become more urban,” Daems said.

The city wants to decrease the distance between a development and the off-street parking that meets proposed minimums in the general context and residential center areas.

Instead of the current 1,000 feet away, off-street parking in those areas would have to be within 600 feet of the housing, retail or other development.

The city would also change the way it calculates bike parking, which in general appears to be designed to require more bike parking at developments. But the proposal would have different requirements for car-dominant areas than areas that are already more urban and bikeable.

How’s parking changing where you’re at?

Check your address in the map below, then follow the links to see what’s changing in your neighborhood.