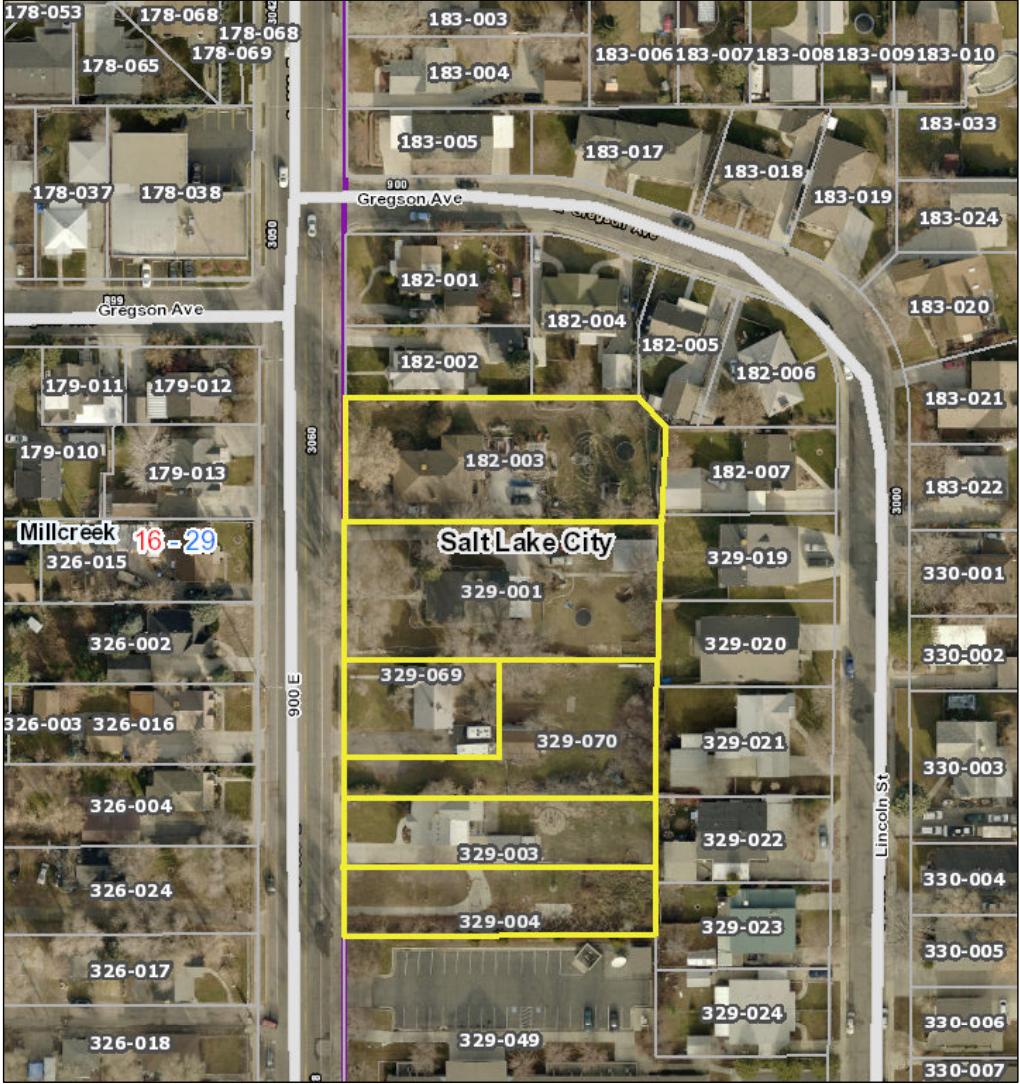 Salt Lake City’s for-sale housing stock is limited.  Not only in terms of supply and demand but the limited stock in the city is also older, requiring more upkeep than the typical Salt Lake County home.  The online real estate and rental marketplace,  Zillow, ranked Salt Lake City as the worst metro area for first-time homebuyers because of the rising home prices and limited housing supply.

Developer Adam Nash, representing Growth Aid LLC and Land Developoment LLC, hopes to build two housing developments near the southern border of Sugar House.  The projects, referred to as Cottage Court and the 27th Street project, are proposed for 3072-3129 S. 900 East and 868 E. 2700 South.  The developers describe the homes as “cottage homes” and the projects will add a combined total of 21 new for sale units to the Sugar House area.

The largest of the two projects, Cottage Court, will include 16 new homes on 1.86-acres that currently includes four homes, three of which are vacant, and a vacant parcel.  The homes will be two stories each and around 3,400 square feet.  The developers will redistribute the five parcels into 16 parcels, each at around 5,000 square feet.

Hamlet Homes will be the builder for both projects and they expect the homes to start at around $375,000.

The developers of Cottage Court are requesting a planned development approval and zoning map amendment to accommodate the project’s smaller lot sizes.

“There have been many developments of a high density or highrise nature built and planned recently throughout Sugarhouse but there has been almost no single-family residential subdivision developed during this same time,” wrote Nash in planning documents submitted to the city.

Two other cottage-style developments are underway.  Construction has started on the Jefferson Walkway development, a seven-unit cottage home community in Central Ninth directly east of the 900 South TRAX station.

In the Liberty Wells neighborhood, construction has started on the Living Zenith development, a five-home net zero community on the 1100 South block of 400 East.