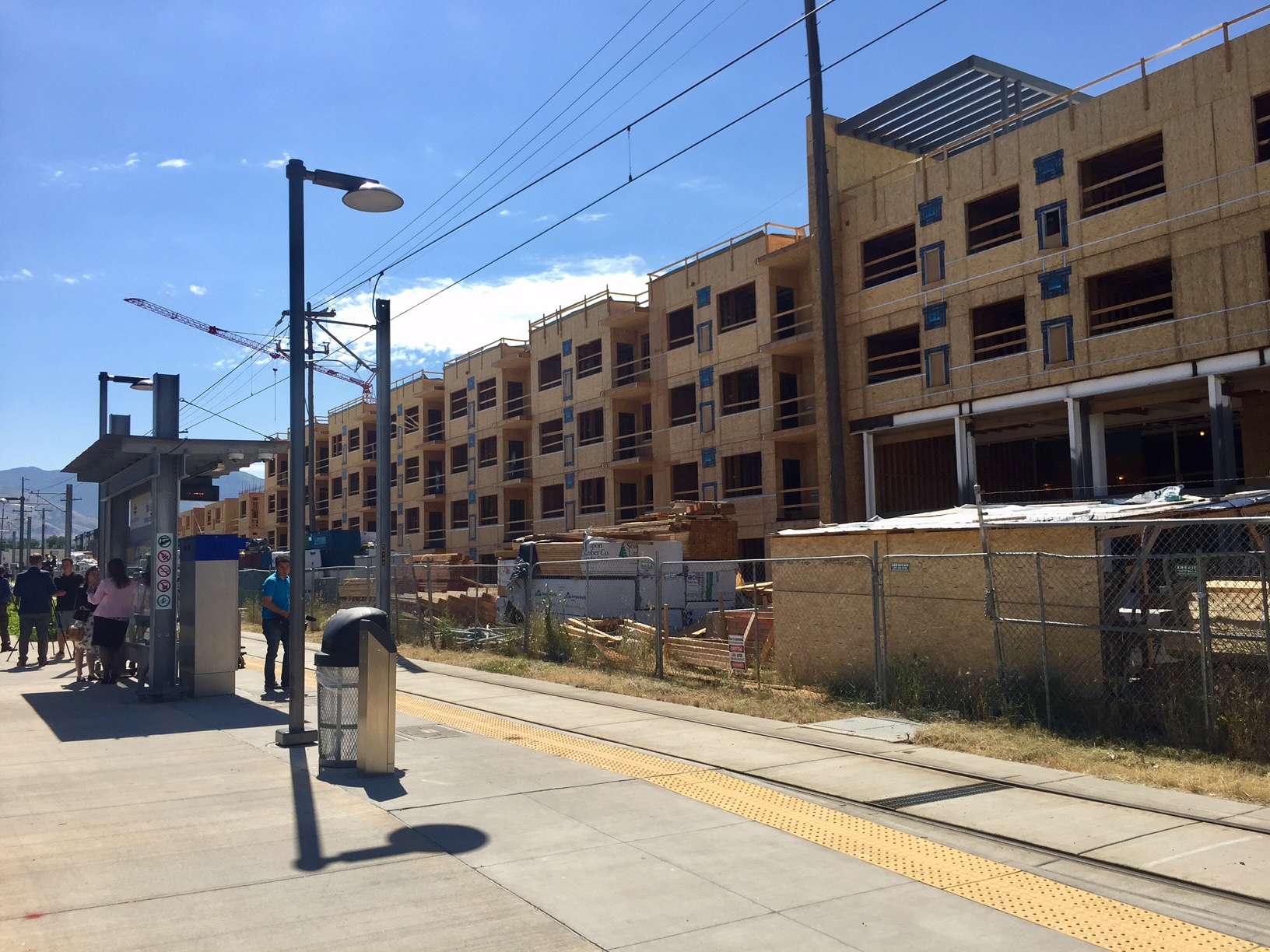 Three years and several hundred new residents later, the S-Line Streetcar is going to become a bit more convenient to ride.  On Tuesday, local officials announced that two blocks of double track will be built along the streetcar line in South Salt Lake City.

“Right now they (train cars) have to sync up at 500 East which is not very convenient,” said UTA President, Jerry Benson.

The new line of track will run from 300 East to 500 East and will remove the need for trains to wait for each other to pass.  The two blocks of double track will decrease wait times by 25 percent and allow trains to run every 15 minutes, the same interval as TRAX trains.

The project will cost around $6.5 million with Salt Lake County contributing $4.5 million and the Wasatch Front Regional Council contributing just under $2 million.

Over half of the streetcar’s route, from 200 West to 500 East is in South Salt Lake.  There are 611 residential units under construction along the city’s stretch of the S-Line.  Two of those projects, the Zellerbach Apartments and the Moda S-Line townhomes will be completed this year.  The third, the Ritz Classic Apartments, is in the beginning stages of construction.  All three projects were designed to interact with the streetcar line.

In addition to the units currently under construction, Cowboy Partners plans to start construction this year on two multifamily units as part of The Crossing, a mixed-use development fronting the S-Line between Main and State Streets.  Construction is underway on The Crossing’s anchor, a much-needed grocery store that will carry the Winco brand.  Cowboy’s two multifamily projects, Liberty Crossing and Liberty on Main will add 277 units the area.  Both projects will be within a block of the streetcar.

“As South Salt Lake continues to grow its population and economy, transportation planning must be integrated so people can get where they need to be,” said McAdams.

While the funding is in place, it will take UTA several months to go through the permitting process before construction can begin.  Once construction is underway, Benson anticipates it will only take 12-18 months to install the new track.  Officials anticipate that the double track will be in operation by 2019.

“This line is already designed to accommodate the double track,” said Benson.

The double track was originally intended to be part of the proposed extension of the S-Line from its current terminus at the intersection of McClelland Street and Sugarmont Drive to Highland Drive and 2100 South.  Salt Lake City leaders applied for a TIGER grant from the U.S. Department of Transportation in the spring of 2015 to partially fund the extension, but the application was not selected.  The city had the opportunity to apply again for the grant in 2016 but according to several sources, Mayor Jackie Bisksupki opted not to reapply.  U.S. President, Donald Trump has called for the TIGER grant program to be discontinued.