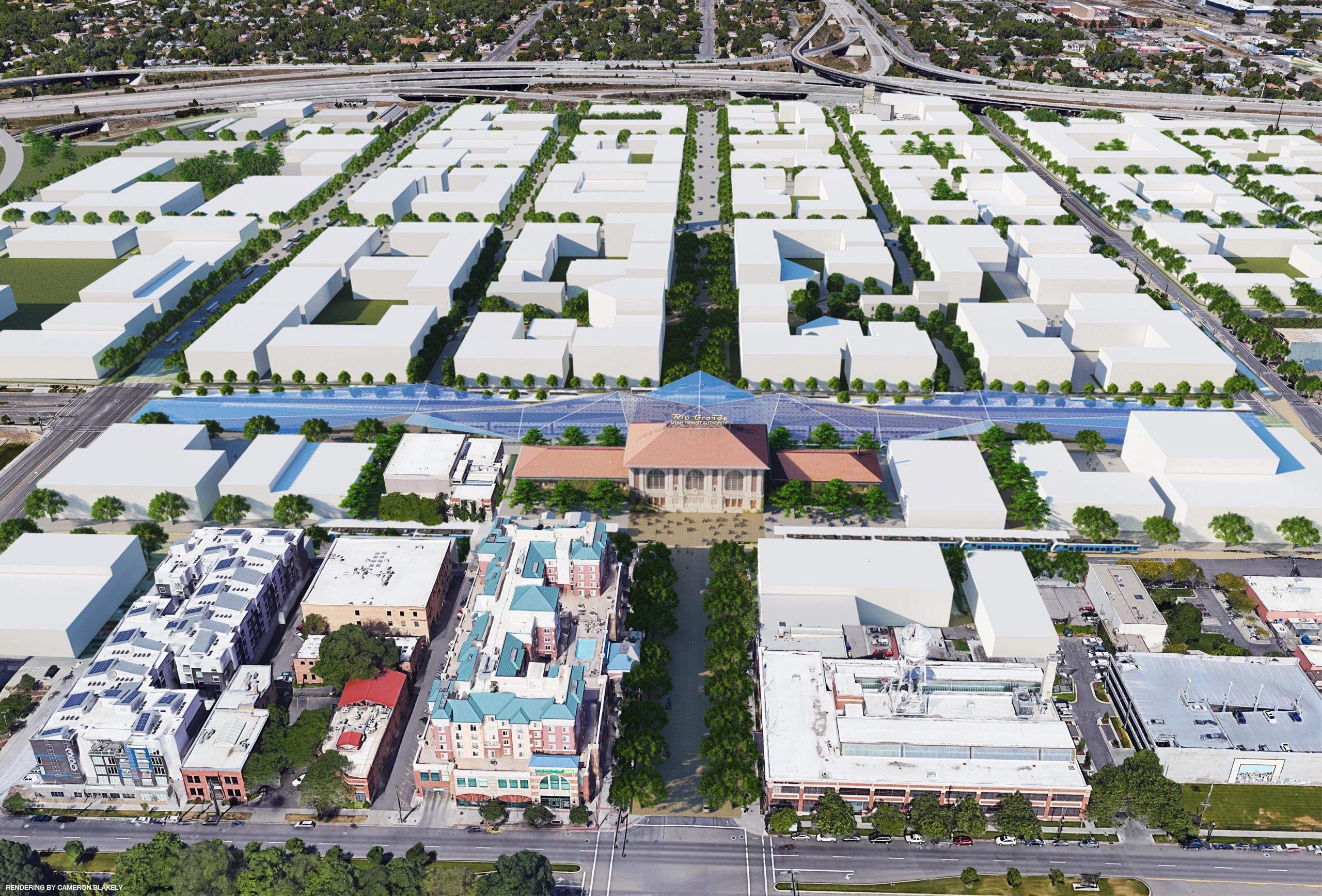 The engineers of the plan that seeks to free up over 50 acres of developable land on the west end of Downtown by moving rail lines underground and paring back highway ramps have released a video explaining their goals.

The Rio Grande Plan seeks to revitalize more than five Salt Lake City-sized blocks, remove barriers between the city’s east and west sides and improve safety in the capital city.

The plan has intrigued city leaders who have discussed taking trips to other cities that have seen blighted and vacant areas of their downtown’s transformed into bustling centers of life with similar projects. But it would need buy-in from county, state and likely federal figures as well.

So far, that buy-in hasn’t happened. The Utah Transit Authority is actively working to cement in the status quo by rebuilding its headquarters around the existing and underutilized Intermodal Hub.

We wrote in July that the agency is effectively doubling down on its disastrous urban design decision in the 1990s to locate the station at 600 West, instead of using the historic Rio Grande Depot a block east.

The Rio Grande Plan, meanwhile, calls for relocating the transit hub into the depot, moving people arriving into Downtown a meaningful distance closer to all of the amenities Downtown.

With the space freed up from moving rail lines underground, the current dead zone west of the depot would likely become a thriving neighborhood.

The planners created this explainer video highlighting the top 10 reasons to carry out the Rio Grande Plan. Here it is with our summary below.

Want move coverage of the issues that matter? Help us grow by subscribing to Building Salt Lake.

A one-mile train box from 900 South to 100 South. This could be accomplished without knocking down any buildings. The box would contain six tracks, one for Union Pacific and Amtrak passenger trains, two for UTA FrontRunner commuter trains, and two for future transit use.

The box would be about 33 feet below the surface. Much of this would be below 500 West.

The Rio Grande Plan proposes to move the transit entrance from the butthole of Downtown of 600 West to a grand entrance at the Rio Grande Depot building a block east.

Today, 300 South (Broadway) is the most logical connection with the existing and future regional transit hubs Downtown. But Broadway currently dead-ends into the Rio Grande Depot.

The present Intermodal Hub is blocked from Downtown Salt Lake City by the former intermodal hub it replaced. People currently are expected to land at 300 South 600 West, make it to either 200 South or 400 South, and then back to 300 South closer to the core of Downtown.

The plan’s supporters suggest this is among the reasons for the city’s long-term failure to attract development at Station Center.

This isn’t really about a map, it’s about making commuting by transit more efficient. The planners point out that the existing light-rail lines weave through the heart of of the city, while utilizing the Rio Grande Depot would prevent trains from detouring several blocks.

Research has shown that people are willing to walk an average of three Salt Lake City blocks before considering other options.

The plan’s supporters point out how many popular destinations closer to the center of Downtown are within three blocks of the Rio Grande Depot, but farther from the current Intermodal Hub.

The plan calls for shrinking the 500 South and 600 South overpasses and completely removing the 400 South overpass. In addition to acting as a cannon firing high-speed suburban commuters into the heart of Downtown Salt Lake City, the last hulk of concrete is one of many significant divides between the east and west sides created by previous transportation decisions.

This would open up about 40 acres of land that has been wasted by highway infrastructure in the city.

An existing railyard taking up 50 acres of land — five full Salt Lake City-sized blocks — that would be freed up for redevelopment under the plan.

The project’s leaders point to the successful redevelopment of Union Station in Denver. The Mile High city’s intermodal hub was a similar wasteland to Salt Lake City’s. But after a redevelopment on a similar scale, Denver created one of the city’s most popular urban neighborhoods.

3. It pays for itself

The plan’s architects point again to Denver’s Union Station to look at the financial impact from an initial public investment to put the infrastructure in place.

An upstart investment of $500 million generated $3.5 billion in direct private investment and $2.26 billion in ongoing economic impact every year.

Meanwhile, the Rio Grande Planners point to the Utah Department of Transportation’s obsession with spending hundreds of millions of dollars on new highway infrastructure each year. They specifically called out the West Davis Corridor, a new 16-mile freeway that parallels nearby Interstate 15 and the recently retrofitted US-89 freeway project.

The rail yards and I-15 have created a double-whammy divide between east- and west-side residents in Salt Lake City since their arrival.

While the city has tried in recent years to literally bridge these divides, through things like a new pedestrian overpass at 300 North, the Rio Grande Plan seeks to eliminate the rail divide and minimize the highway divide.

Salt Lake City has created new multi-modal trails with the 9-Line (along 900 South) and the Folsom Trail. Both suffer from inefficiencies caused by the existing rail lines, including multiple at-grade crossings where users are often stopped for trains.

The planners point out that there are a combined 300 activation events each day at these crossings, and dozens of deaths each year caused by trains in Utah.