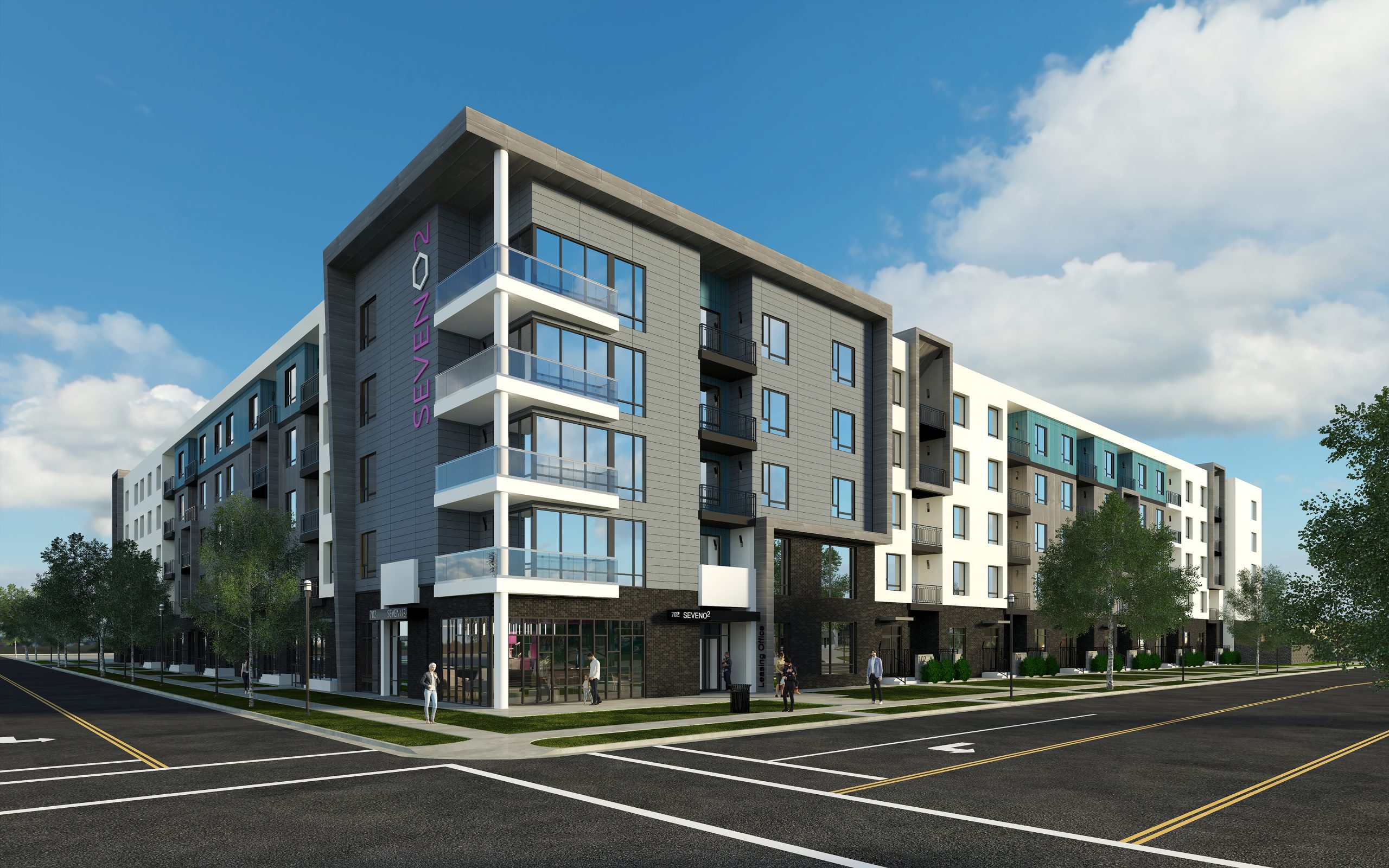 It is replacing Specialized Sales & Leasing, a used-car lot that occupied the northeast quadrant of the 10-acre block zoned D-2.

PEG’s market-rate rental project will add over 250 residents to the nascent south Downtown neighborhood. For decades south Downtown has been a vacuum on urban energy, dominated by boarded buildings, car-sales lots, and auto-service shops.

The area may gradually be getting a new feel. Projects to watch are new residential like SevenO2, a new TRAX station at 650 S. Main, new Class-A office space on S. Main, artisan food+beverage investment on State Street, and imminent redevelopment of the Sears Block.

The project will dominate the rather forgettable intersection of 700 South and Main Street, on the southwest. Competition from the other corners is weak (all surface parking lots or vacant buildings), with the Sears corner (SE) the most likely to activate in the near future.

It will supply 238 parking stalls (1:1 ratio) in a structure behind the residential building. An amenity deck will sit on top of the parking garage.

Street presence will be provided by seven walk-up units fronting 700 South, and on Main, by five live/work spaces, along with a “grand lobby” and a leasing office.

The developers were hoping to build 5000 sf of retail space on Main Street, but changed their plans.

Because fire code insists on 30 ft access to buildings, Salt Lake City took the street parking away in front of the project. PEG’s team decided that retail was unviable without parking on Main.

Project manager Ben Davis told Building Salt Lake, “With no parking allowed on Main Street it would have been near impossible to attract tenants so we decided to scrap the retail and go with arguably the next best thing…live-work units.”

The developers did not consider being adjacent to TRAX light rail and the Main Street bike lane sufficient traffic generators for street-level retail.

South Downtown is getting one of its many missing teeth filled. With Central 9th just two blocks away and State Street maturing, SevenO2 may portend a future for the area that few have perceived to this point.