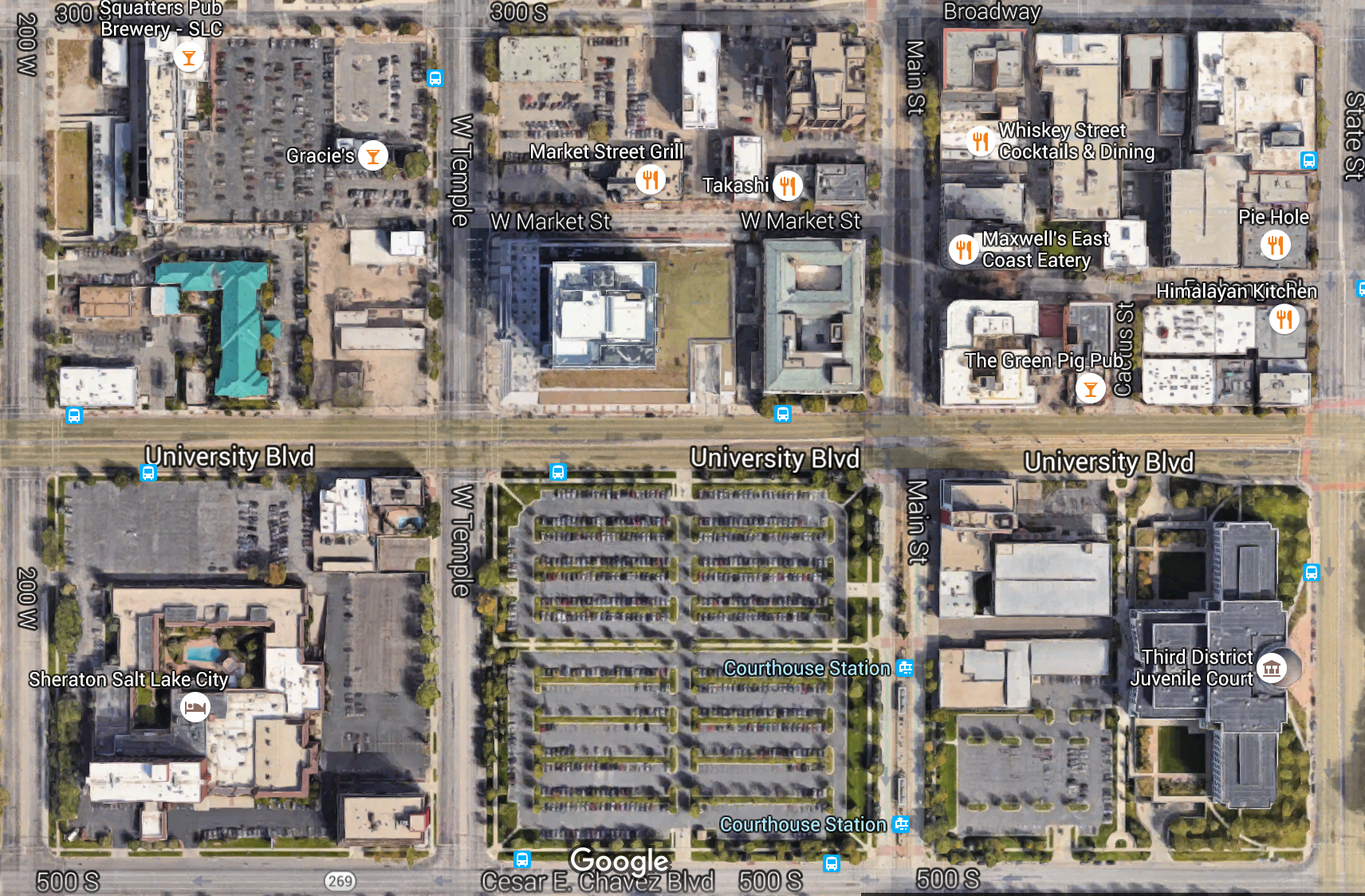 Downtown Salt Lake City has enough parking to sustain decades of future growth without needing to build additional parking according to a new report on parking in Sugar House and downtown.  On Tuesday, representatives from Nelson Nygaard, coauthors of the parking study, presented key findings from the report to a group of local business and city leaders during a transportation-focused information session hosted by the Downtown Alliance.

“Why waste money building new parking spaces when 40 percent is going unused at a given time,” said Jeff Tumlin, the principal and director of strategy for Nelson Nygaard.

According to Tumlin, downtown has 33,000 spaces that are underutilized and generally at 60 percent occupancy.  Tumlin told the crowd that downtown Salt Lake has more available parking than any city Nelson Nygaard has looked at before.

Tumlin accessed that downtown Salt Lake could not only absorb new growth without adding parking, but the city could even reduce current parking through the development of surface lots and still have enough available parking.

The increase in car-free living and desire for more urban housing options should make parking less necessary for new development argued Tumlin.  Tumlin cited a report that showed that Millennials are increasingly less likely to own a car, drive, or even obtain a driver’s license.

Because structured parking makes the construction of new buildings more expensive, the report indicates that moving away from mandatory parking and parking minimums could help lower the cost of housings.

In the report, the firm Nelson Nygaard suggests better collaboration between the city and private parking operators downtown to make the current parking inventory more accessible to customers.

The city and private operators need to decide on shared outcomes and move away from what Tumlin described as suburban thinking, where property owners only worry about the health of their own property.

“In cities, you thrive or survive together,” said Tumlin.

Tumlin recommended that the city create an administrative position, or Parking Czar, to oversee parking operations in the city and work with the private sector to ensure that the entire system is working together.  Tumlin also emphasized the importance of the appearance of a unified parking system through improved signage and real-time parking indicators that tell customers where and how much parking is available within a parking structure or lot.

“It starts with the customer,” said Tumlin.

The current system results in an inconsistent parking system that makes parking too expensive in some sections of downtown and not expensive enough in others.  Tumlin argued that collaboration between the public and private sectors could lead to a “value-based pricing” that varies parking prices based on location, time of day and week.

The city selected Nelson Nygaard and Dixon Associates to study parking in the Central Business District and Sugar House project areas in 2013.  According to city documents, the purpose of the study was to identify existing conditions and provide recommendations to improve parking.

On Tuesday Tumlin and Phil Olmstead, also from Nelson Nygaard, presented to City Council acting as the Board of Directors of the Redevelopment Agency of Salt Lake.  Salt Lake City Transportation staff will present more about of findings and staff’s specific recommendations to City Council at a later date.