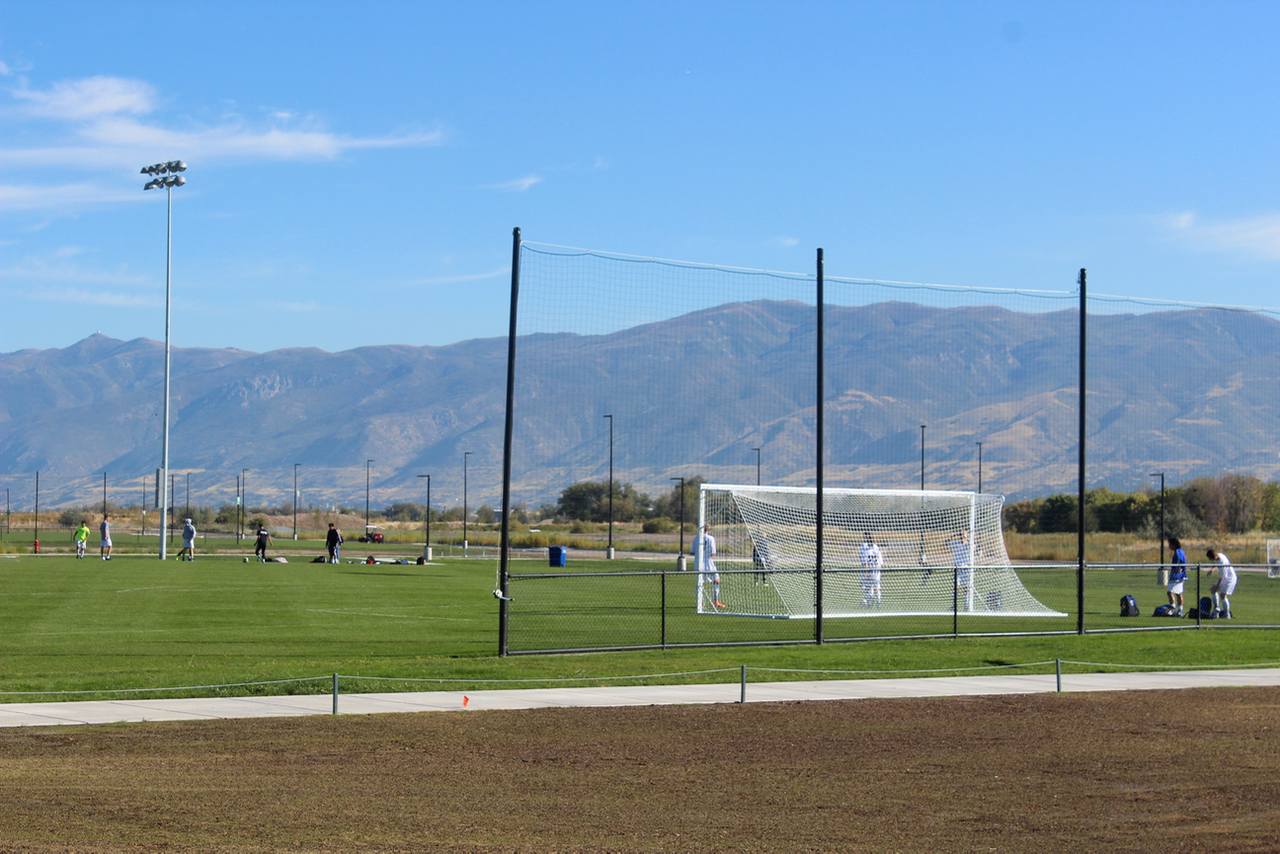 “This project represents over a decade of commitment,” said Salt Lake City Mayor Ralph Becker.  “The complex is a great addition to our City’s west-side.”

The project, near 1900 West and 2200 North in the Rose Park neighborhood, started as a grassroots effort before making it onto the ballot in 2003.  Voters approved the $15.3 million bond for the project that same year.  Dave Checketts, the former owner of Real Salt Lake, the region’s MLS soccer club, promised to $7.5 million gift from the team that was later honored by current owner, Dell Loy Hansen.

The project stalled for years after voters approved the ballot.  Construction first began in 2010, but was stopped after the Jordan River Restoration Network filed suit against the City.  The lawsuit also put in jeopardy the $7.5 million promised from Real that was set to expire the last day in 2010.

After a series of legal challenges, the City finally won approval to follow through with the RAC after the Utah Supreme Court upheld a district court decision on a Bond Validation Act petition filed by the City in 2011.  That decision ruled that the process related to the 2003 City bond initiative was legally and appropriately effectuated.

“Today’s ruling is a victory for the residents of our City, who approved this project years ago and whose wishes have been held up by a series of obstructionist tactics,” said Mayor Ralph Becker in a 2012 press release. “The Utah Supreme Court today confirmed  that our bond validation process complied with Utah law.”

According to Becker, the project includes the preservation of 44 acres of land surrounding the Jordan River, of which 21 acres were fully restored.  The preserved acreage is intended to provide floodplain protection and restore native wildlife.  The section is part of the greater Jordan River Parkway, a trail along the Jordan River that will eventually connect Utah Lake to Davis County.

“I have seen a  lot of venues” said Drew Hiatt, CEO of Utah Youth Soccer “This is a world class venue that we have.”

According to the City, the 16-field complex can accommodate  soccer, rugby, lacrosse and youth football competitions and features a flexible stadium field and room to accommodate multiple, simultaneous events as well as large tournaments.

The facility is built to support not just local athletic teams, but large regional  and national competitions and tournaments.