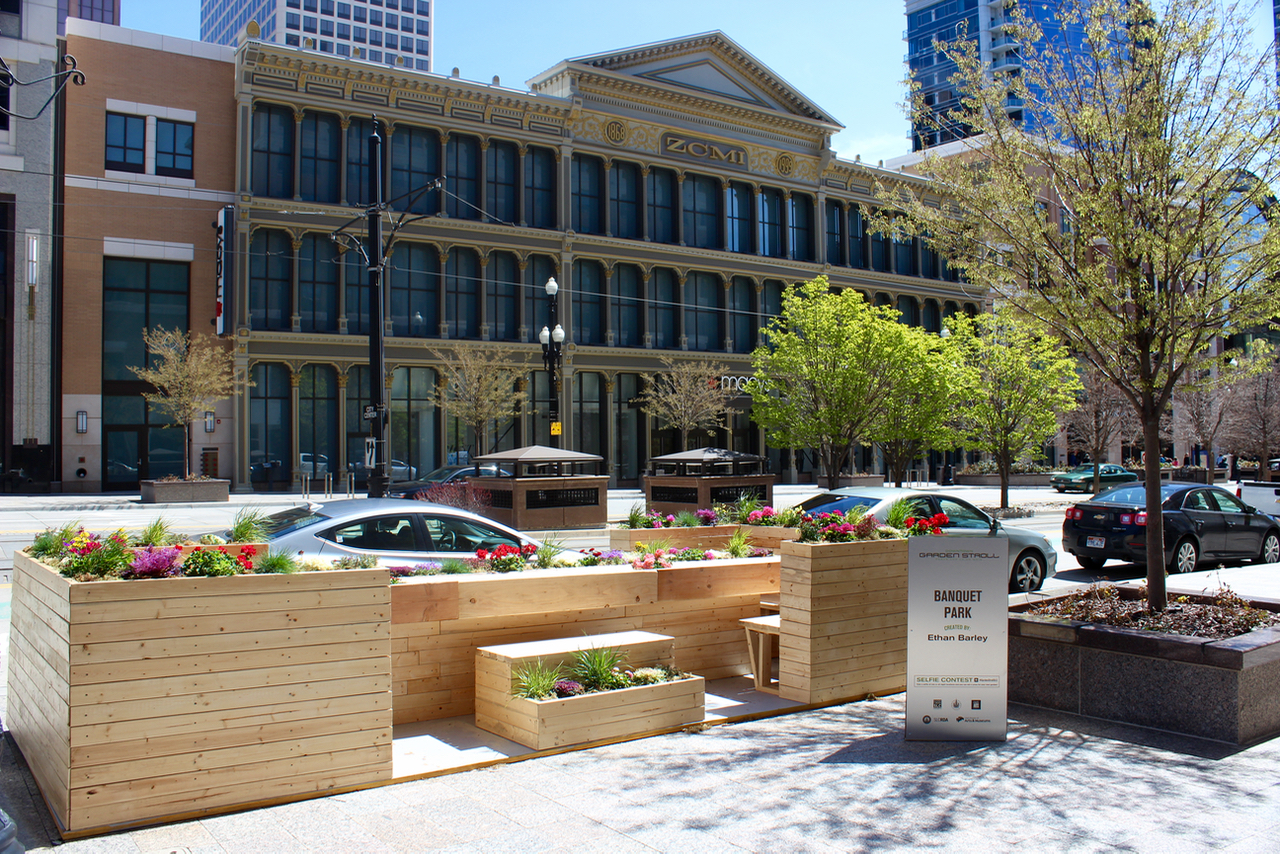 For the next five weeks one of Salt Lake’s most engaging streets will be even more vibrant.  The Downtown Alliance has again partnered with Salt Lake City leaders for the second annual Downtown Garden Stroll, a selection of artist-designed popup parks lining Main Street sidewalks between South Temple and 300 South.

According to Ryan Mack of the Downtown Alliance, artists were awarded a $3,500 grant to design and build a park with a floral/garden theme on a 8 foot by 20 foot platform that “incorporates landscaping and seating along with elements of art, playfulness and fun.”

The Downtown Garden Stroll officially opened on Friday April 1 with live music at the different park locations.  The event opening coincides with LDS General Conference weekend, a biannual conference that brings around 125,000 visitors to Temple Square just north of the popup gardens.

According to Kristin Beck, the director of urban activation for the Downtown Alliance, the purpose of the parks is to maintain vibrancy along Main Street while encouraging conference goers to explore more of downtown.

“We want to create a pleasant place to linger downtown,” said Beck.

Many of the popup parks are in proximity to wifi hotspots and the participants are encouraged to tweet selfies with the #GardenStrollSLC hashtag to win a prize.  The garden stroll was funded by the Downtown Alliance, the Redevelopment Agency of Salt Lake, Salt Lake City Council, Salt Lake City Arts Council and the Utah Division of Arts & Museums.  The event runs until Mother’s Day on May 8th.