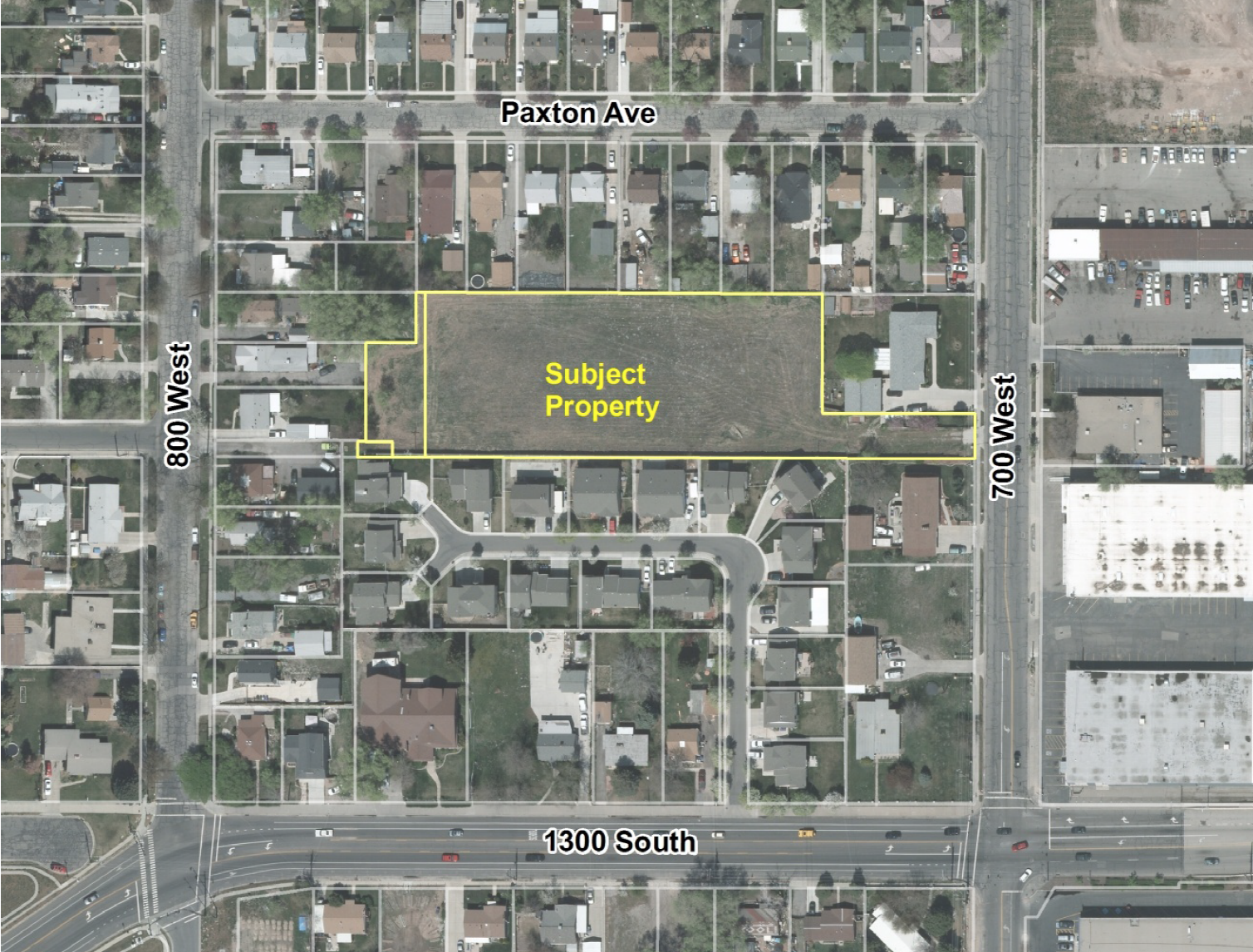 A vacant lot in Glendale is one step closer to finding a new use.  The Salt Lake City Planning Commission sent a favorable recommendation Wednesday to City Council for a zoning change that would allow a developer to build 18 twin homes on a mid-block, 1.8 acre lot on the 1100 South block of 700 West.

During its Wednesday meeting, the commission also approved the Planned Development and Subdivision review needed for the project, called Seventh West Estates, to move forward if the city council approves the zoning change.  The project needed the approval in part because the twin homes will front a private street instead of a public street that is typically required of new development.

According to planning documents, the development meets the goals of the recently adopted, Westside Master Plan by providing “moderate and more diverse housing types in the neighborhood.”  The westside plan calls for the activation and enhancements of designated nodes intended to spur development and make the westside more vibrant and walkable.  The new homes will be two blocks from a designated node surrounding the intersection of 900 West and California Avenue.

Developer’s are requesting a zoning change from R-1/7,000, Single-Family Residential to SR-3 Special Development Pattern Residential, which will allow the project to increase residential density.

The development is in a neighborhood dominated by single family detached homes and is an example of what planners call the missing middle.  The medium-density project includes sixteen lots around 3,000 square feet and two lots exceeding 5,000 square feet that will replace an area that is currently zoned as three separate lots.  The majority of the project’s area is located in the center of the block with a narrow strip that connects to 700 West.

Each twin home will have its own lot and will be two-stories with an attached garage and a driveway that can accommodate two cars.  Each pair of homes will share a wall between the garages.  The project will also be required to incorporate water efficient landscaping.

Neighbors were also concerned about a mid block street having less visibility from 700 West which they fear could increase crime.  Even the road will be private, the City will require the developer to follow the lighting standards for public residential streets under the 2006  Street Lighting Master Plan and Policy.

According to the developer, the intention of the project is to “beautify the area” while turning what is currently a vacant lot that attracts vagrants, into a small community that will contribute to the neighborhood.

The development is located in a section of Glendale that is underserved by transit.  The closest high frequency bus route is 10 blocks away on Redwood Road.  The only bus routes within walking distance from the proposed project site, are the 519 and 513 that run every hour and only during the morning and afternoon commutes respectively.

The project will now go before the City Council for final approval of the requested zoning change.