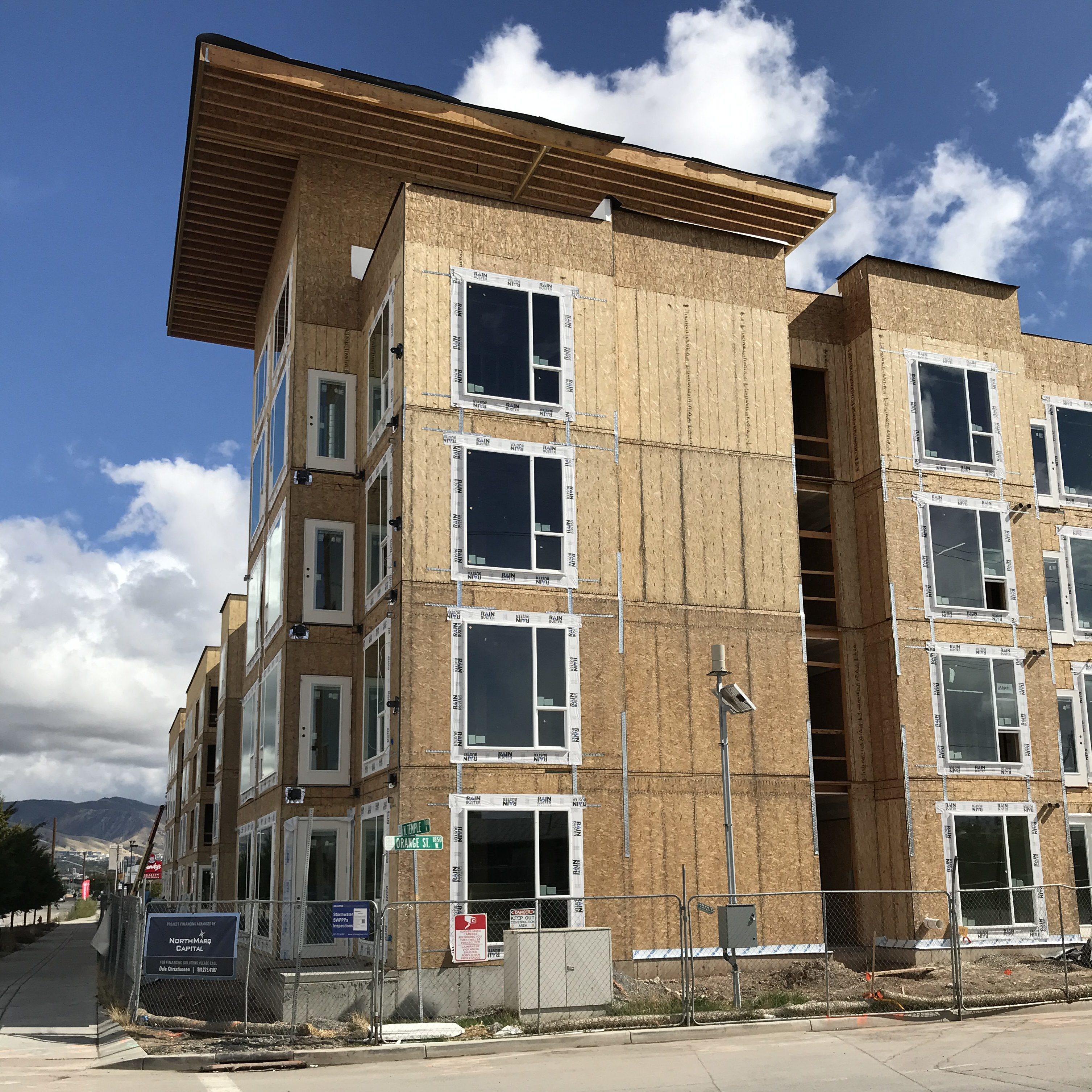 The housing cluster around North Temple and Redwood Road continues to build up. Three projects with 581 total units are currently under construction, the North Temple Flats, The Meridian and West Station Apartments Phase Two.

In 2015 Building Salt Lake described Phase 1 of the West Station Apartments as missing the mark when it came to Transit Station Area development.  The second phase has some of the same problems as the first as they are both internally focused with no street level engagement.

Nearby are fast food and other businesses at the corner of North Temple and Redwood Road. There is also easy access to I-80 and I-215 from Redwood Road.  Many employers are nearby including various agencies of the State of Utah, the SLC Airport and related businesses, Rocky Mountain Power and Dominion Energy.

The North Temple Flats run along I-215 just south of West North Temple and is framed up to the second level.  The project is being developed by the Summit Housing Group, a Montana based company that specializes in low-income tax credit developments.  This SLC Housing Trust Fund project consists of 168 units, 98 of which are income restricted and the rest are market rate.   Designed by Architecture Belgique, it replaces a motel and a small mobile home community.  Architecture Belgique has designed a number of other Salt Lake City projects including the 4th West Apartments, part of the Hardware Village development further east on North Temple.

The Meridian (formerly referred to as the Orange Street Apartments) are on the south side of North Temple just south of Sutherland’s Lumber and west of Redwood Road.  Developed by Lake Union Partners of Seattle, this market rate project will have 265 units.  The other projects featured in the Lake Union Partners website are much more urban with street-level activation as opposed to this more suburban looking internally focused project with no street level activation.