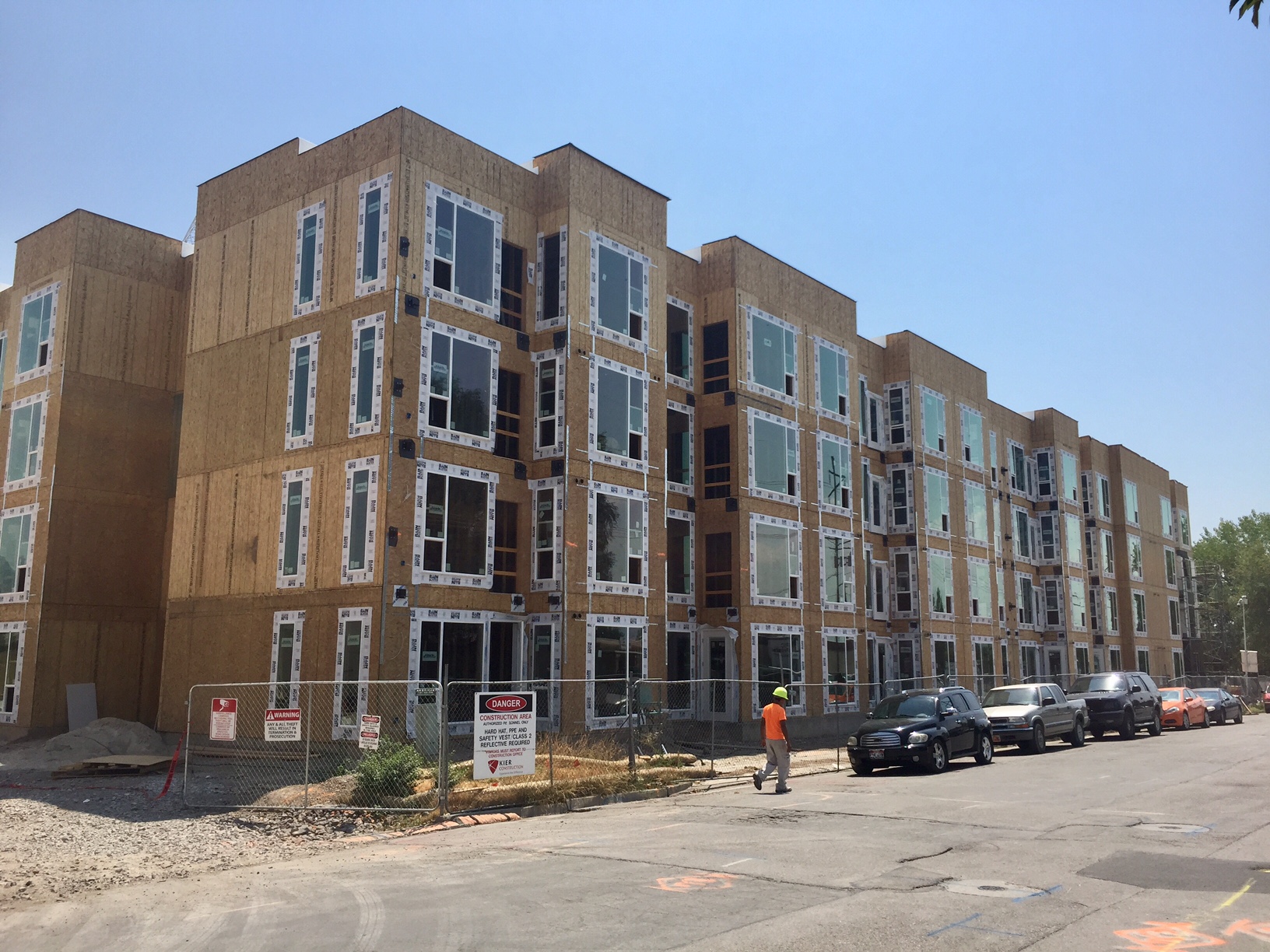 A residential node is emerging on the along North Temple in Salt Lake City’s west side.  Three large residential developments are under construction in the area surrounding the 1940 W. North Temple Station.

Three projects are underway, the North Temple Flats, Orange Street Apartments and the second phase of the West Station Apartments.  The three projects will add a combined 581 units.

All three projects will be fours-stories with surface parking.  Framing will soon start on the North Temple Flats, but the construction of the Orange Street and West Station Apartments is much further along.  Both projects are well over 50 percent framed out.

North Temple Flats will consist of three buildings and will be a mixed-income project with 168 residential units 70 of which will be market-rate units and 98 affordable units.

Orange Street Apartments will consist of two buildings with 265 residential units.  The units will all be market rate with 26 studio, 184 one-bedroom and 53 two-bedroom units.

There is still lots of room for more growth in the area.  Salt Lake City officials are selling a 0.42-acre parcel directly south of West Station Apartments on Redwood Road.  The parcel is zoned Mixed Use Transit Station Transition Area (TSA-MUEC-T) which allows for building heights up to 60 feet and requires developers to go through the Transit Station Area Development Review Process.