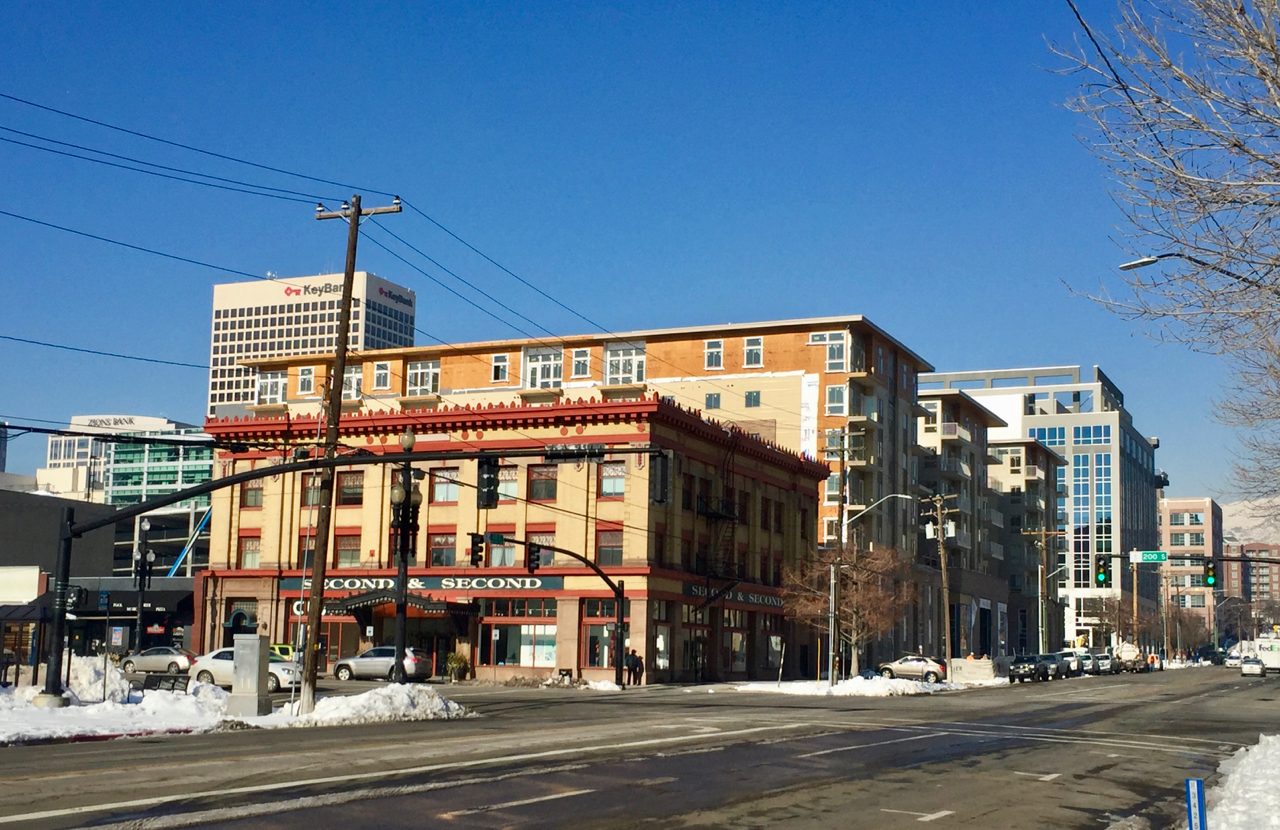 There are over 800 residential units under construction in the downtown core (from North Temple to 400 South and 200 East to I-15).  While the most recent similarly sized wave of downtown construction featured the highrises in the City Creek Center, the current wave consists almost entirely of midblock infill projects that range in size from four to seven floors.  One such project, Liberty Crest is nearing completion.  While Liberty Crest features an overfamiliar color

While Liberty Crest features an overly familiar color palette, at seven floors, the 177-unit apartment building brings infill and residential use to a block that was long underutilized and is becoming one of Salt Lake’s most diverse, with office buildings along State Street and 100 South and popular restaurants, bars and an art gallery on 200 South.

Liberty Crest, developed by Cowboy Partners, is nearly completed.   The project consists of five floors of residential above three levels of parking and five ground-floor townhomes fronting 200 East. There will be around 20 penthouse suites on the seventh-floor while the remaining available units will be one and two-bedrooms.

The Liberty Crest development is the sole residential project under construction on the east side of downtown after the troubled State Street Plaza stalled.  The majority of the residential infill projects are on downtown’s western edge, including the Milagro Apartments, 360 Downtown and Alta Gateway.