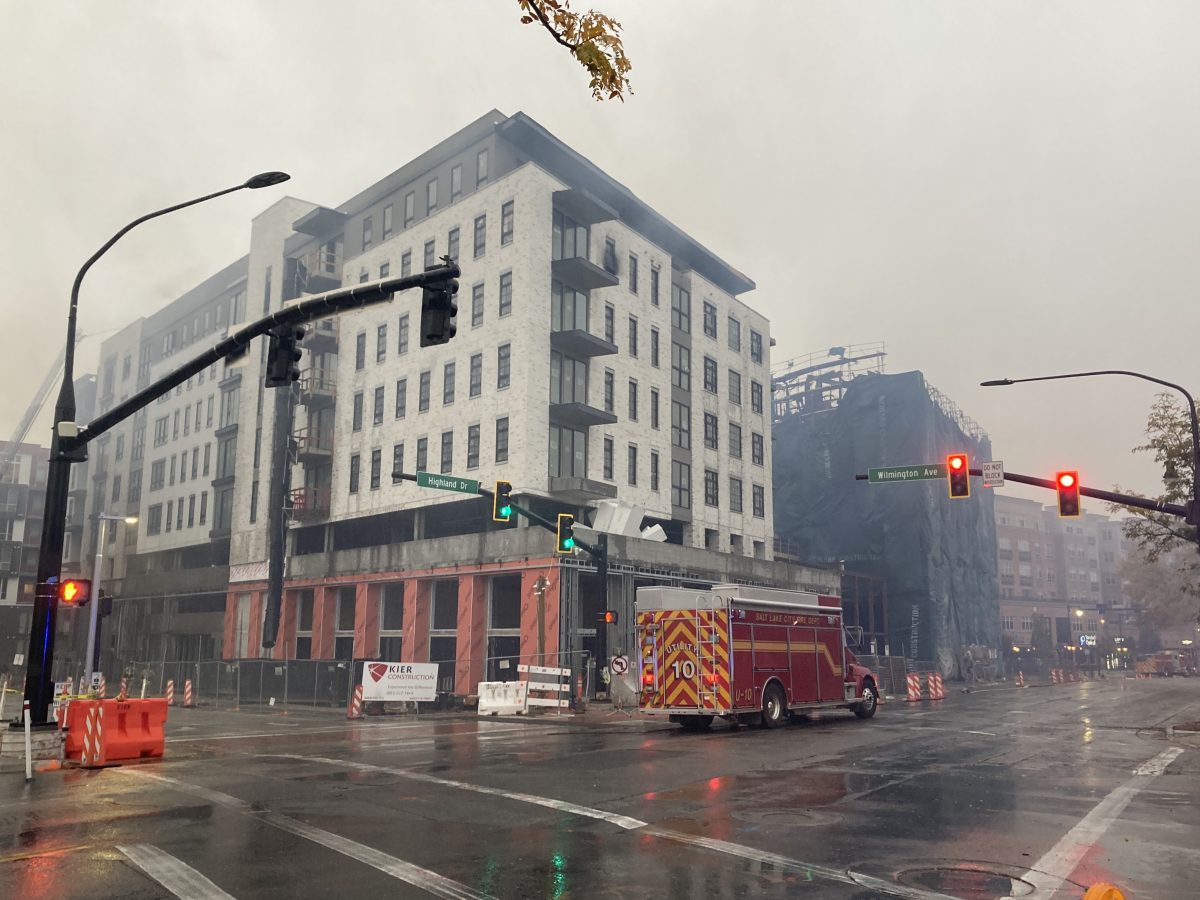 On the day that its $60.3 million mixed-use building was destroyed by a huge fire in Sugar House, a developer is vowing to rebuild the project as planned.

Businesses remained closed, nearby residents remained temporarily displaced, and a gaggle of news crews waited for the arrival of a crane to demolish any portion of the building deemed by the city to be a safety hazard.

Yet the developer behind the building known as the Residences at Sugar Alley says the project will move forward.

“Our goal is to rebuild it exactly as planned,” said Ron Cole, a principal at Eight Bay Advisors, the firm that financed the project in the heart of the neighborhood’s urban core.

“We are devastated by the major fire that occurred last night at the Residences at Sugar Alley,” he said.

The lead developer was Lowe Property Group, a local development company whose office space is less than a block west of Sugar Alley on McClelland in Sugar House. The office appeared empty on Wednesday evening.

It’s not yet clear whether the building, which was slated to open next year, will be a complete loss.

The site has been years in the making. Once home to an array of squat local businesses and a notorious tiny bar, Sugar Alley was set to add 186 new residences and space for restaurants and other retail fronting Highland Drive near 2200 South.

The 85-foot tall building was largely clad in white bricks. It has tall ground floor ceilings that are designed to both create an attractive, urban pedestrian environment and attract restaurants. Surrounded on three sides by new apartment buildings, Sugar Alley promised to anchor the neighborhood’s most prominent commercial street.

Not overrun by lanes of high-speed car traffic like on 2100 South, the city has taken steps to calm traffic on Highland, remove vehicle travel lanes and replace them with space for people to walk and bike.

That was all thrown into doubt overnight on Tuesday, when a fire caused by an unknown source sent the building up in flames.

Fire crews were still battling the blaze on the building’s south end on Wednesday evening as rain turned to sleet and snow. Some residents from nearby buildings stood by watching, ducking under police tape to get a closer look. Others wheeled suitcases toward apartment buildings.

And while its future was thrown into doubt with the destructive fire — at a time when the market appears to be slowing — it may not be lights out for Sugar Alley.