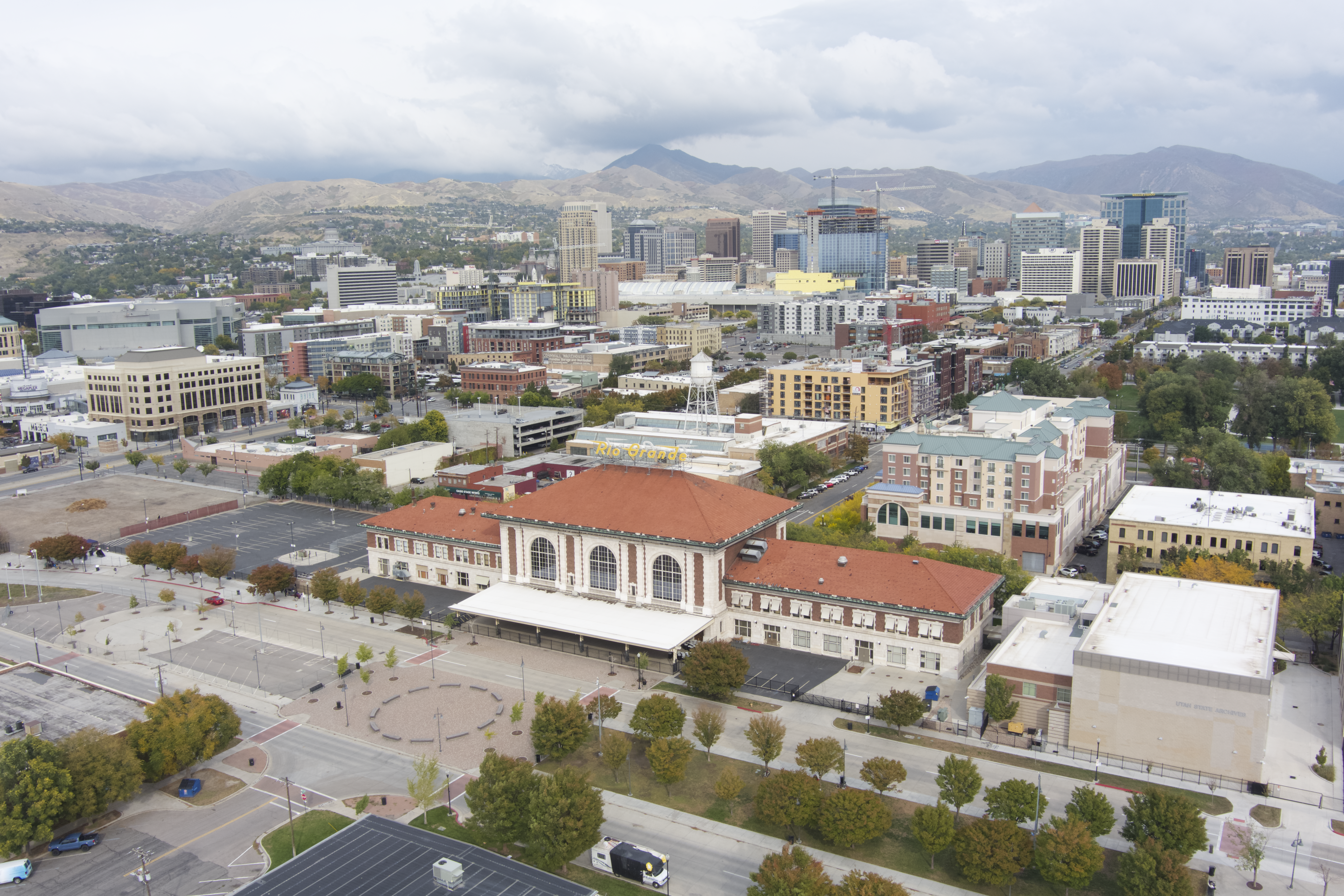 The organizers of the citizen-led plan to transform the transit experience in the Depot District while simultaneously freeing up dozens of acres of land for the city to expand its footprint are holding a panel discussion next week about the proposal.

The group will host an event on Thursday, Jan. 26, at 7 p.m., at the Main Library to hold a presentation and discuss the plan with City Councilman Alejandro Puy, Planning Director Nick Norris, and Allison Einerson of the Downtown Alliance.

The key idea of the RGP is to divert all heavy rail (FrontRunner, Amtrak, freight) traffic underground through downtown Salt Lake City in a concrete train box that would run under the publicly-owned right-of-way of 500 West,” the planners said in a statement. “This would not require any tunneling, demolishing any buildings, or significantly interrupting current rail operations.”

The Rio Grande Plan was created by a pair of engineers and planners and released in 2020.

After moving transit underground, the street could be rebuilt. Railyards and level crossings dividing the east and west sides of the city could be removed, freeing up space for housing, retail, parks and a general broad expansion of the city.

The plan also calls for a return of passenger rail to the Rio Grande Depot, which regain its place as a central hub for the neighborhood.

This type of redevelopment took place recently in Denver, where an initial investment for similar changes has led to a massive redevelopment not far from the city’s Coors Field.

“We believe that the RGP is the real solution to reconnecting the historically separate east and west sides of the city,” the planners said. “It’s the key to unlocking the economic and cultural potential of the Depot District. It’s the missing piece at the center of the entire transit system in Utah.”

The plan faces an uphill battle to move from concept to reality. It would require buy-in from state transportation officials, city politicians, freight rail executives and the Utah Transit Authority.

The are various plans already underway that don’t align with the plan, including the construction of a new UTA headquarters at its existing site at 600 West near 300 South.

UDOT is working on plans to potentially spend $1.6 billion widening I-15 through Salt Lake City and makes no mention of shortening its interchanges at 400 South, 500 South or 600 South.

The proposal would need the buy-in of Union Pacific, which owns the rail lines dividing Salt Lake City.

Yet the idea of minimizing the wasteland in the gap between east and west sides lives on and will continue.

“There’s already a lot of latent enthusiasm for the Rio Grande Plan, but many citizens and decision-makers in Utah don’t even know about it yet,” the planners said in a statement. “Others have legitimate questions and concerns about it. With that in mind, we decided that an in-person event was the next logical step in getting the idea out there and engaging with feedback from the community.”

What: A forum on The Rio Grande Plan and next steps