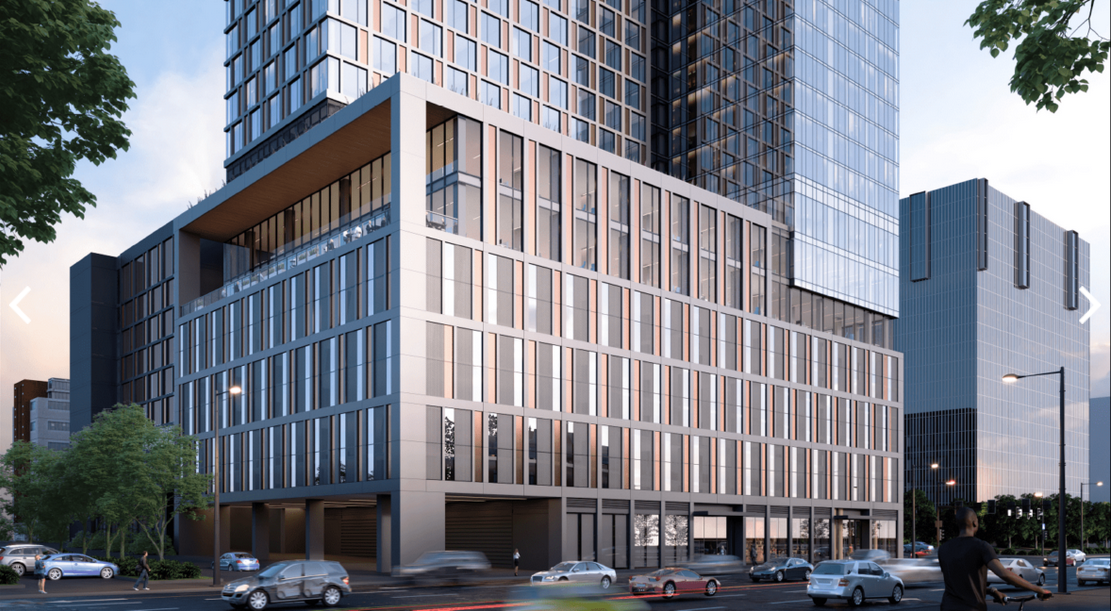 Just as their Exchange Project at Library Square shakes off its construction dust and begins to open, Domain Companies has announced a $230 million mixed-use project for a key corner in Downtown.

Located at 370 S West Temple, the site sits on D-1 zoning, which allows up to 375 ft on corners and higher with design review.

Local readers would know the site from Gracie’s Gastropub, to the north (left-center in the aerial photo below). Currently the site is vacant lot. Across West Temple to the east sits the Federal Courthouse, aka the Borg Cube.

Across 400 S to the south are several historic buildings that have active office and food + beverage uses.

Domain plans a late 2023 completion for South West Temple, which would point to a construction start this year.

Last week Domain, based in NYC + New Orleans, and locals Giv Development opened the eastern half of the $124.3 million Exchange Project.

Mya – the squiggly micro-unit building to the east, also hosts The Shop, a three-story co-working space, in addition to ground floor retail, to be occupied by Rebel House fitness.

Avia, the larger building that fronts 400 S and 300 E, will open this summer, according to Domain’s press release.

Giv Development executive director Chris Parker spoke to the timing of a new co-working space coming to market: “The Shop is coming at a perfect time for Salt Lake City as it collectively reevaluates what ‘going back to work’ can and should mean.”

In keeping with Giv’s commitment to sustainability, The Shop is carbon neutral and designed to maximize energy efficiency and sustainability with electric car charging, solar energy, and Enterprise Green Communities certification.