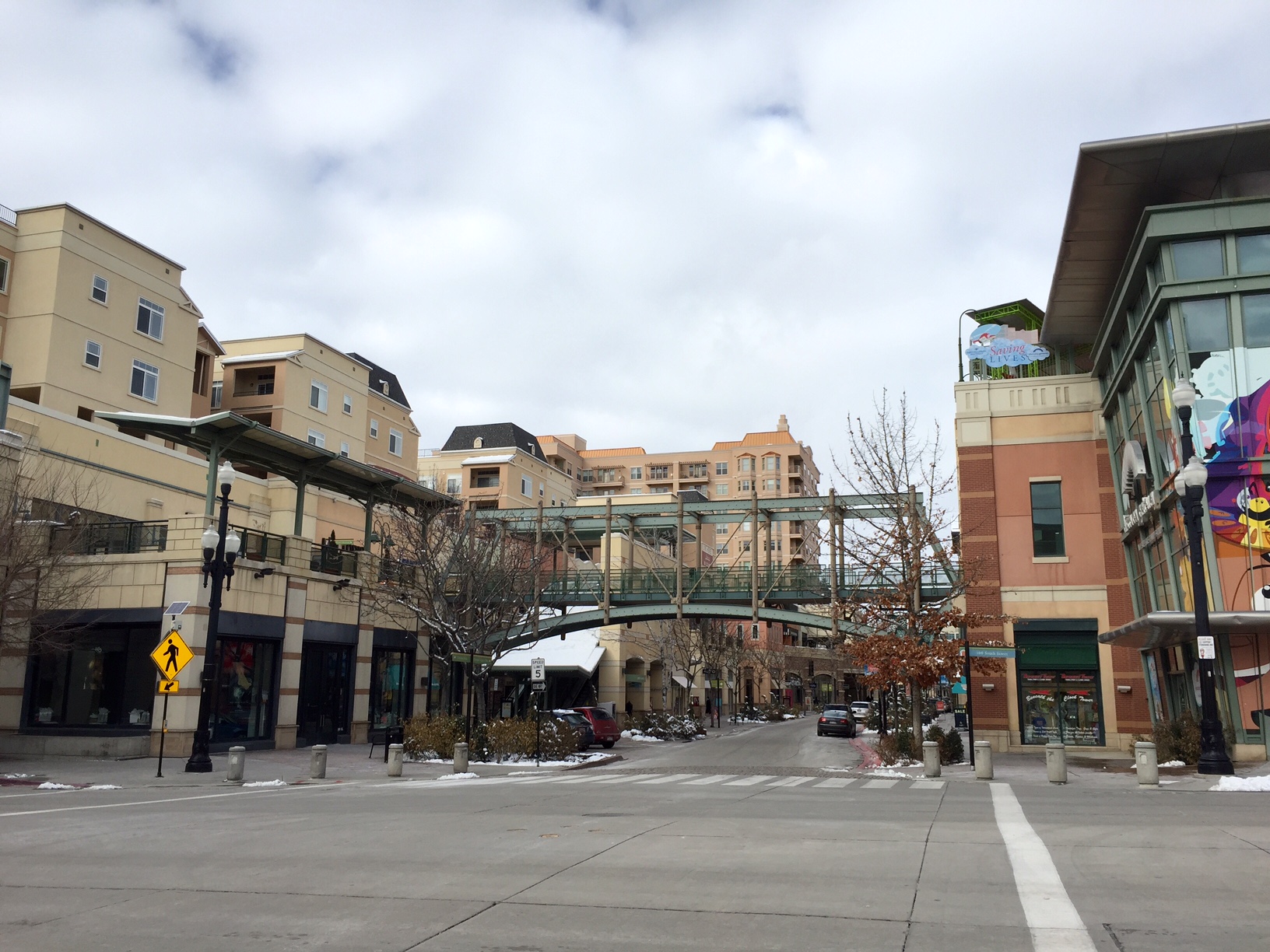 There are a lot of stakeholders invested in the Gateway’s success.  The Gateway has struggled since the City Creek Center opened in 2012.  What was once considered Salt Lake’s premier shopping center, has become a neglected outdoor mall struggling with needed repairs and growing safety concerns.

In a Friday lunch-hour meeting hosted by the Salt Lake Chamber of Commerce and the Downtown Alliance, many of those stakeholders got a glimpse into the Gateway’s future.  Representatives from Vestar, the Gateway’s new owners, presented their plans convert the Gateway to a “dynamic entertainment district that will complement the retail already in the community.”

“We want to create a new social gathering place,” said Jenny Cushing, the vice president of leasing at Vestar.  “There is a void in the market for what we are offering.”

The Phoenix-based company has specialized in outdoor retail shopping centers for over 25 years. Recently the company has focused on turning around struggling malls through renovations and rebranding.  That, according to David Larcher, the president of Vestar, includes “converting shopping centers into community focal points.”

According to Larcher, the president of Vestar, the company had eyed the Gateway property for a few years, while the previous owners, Chicago-based Retail Properties of America Inc. (RPAI) had used the mall to restructure their debt.  Vestar didn’t formally acquire the property until earlier this year.

“It was a significant decision in moving forward that originally felt like catching a knife,” said David Larcher, the president of Vestar.

Vestar doesn’t plan to make many changes to The Gateway’s infrastructure.  The company plans to invest $30 million on renovations to the Gateway, most of which will be cosmetic and could start in the next few months. Vestar will first address the previous owner’s deferred maintenance of sidewalks, escalators and elevators. The most drastic physical change to the notoriously monochromatic shopping center will be a fresh coat of paint, that Cushing promised will be “more modern, colorful, unique and engaging.”

The new direction for the Gateway includes moving away from a dependency on retail.  For planning purposes, Vestar divided the Gateway into three conceptual areas.  The south end will continue to be more entertainment driven with a focus on fast dining.  The center of the mall will continue its soft retail focus with some former retail spaces being converted to coworking and office space.  The north end will continue as event space with the Olympic Fountain, which will be converted to an ice rink in the winter, and the performance stage.

New amenities to the Gateway will include updated signage and wayfinding, free public wifi, reconfigured parking structures and onsite transit notifications throughout the mall.

As the company promises to focus more on dining options.  Vestar wants to bring in more modern fare including farm-to-table inspired restaurants and unique concept bars.

One longtime hurdle to creating a nightlife/dining district is Utah’s restrictive liquor laws.  While Salt Lake City leaders have made it easier for nightlife districts to develop, state laws limit the number of available liquor licenses which can make business wait for months to years to get a liquor license.

Larcher acknowledged that he would like to see the liquor laws change, but feels that Vestar can make the desired changes to the Gateway under the current system.

The most significant addition to the Gateway could be a new hotel.   According to Larcher, Vestar plans to convert the Union Pacific Depot into a four-star boutique hotel.

While the new Gateway will offer less retail space, retail will still be prevalent.  The company wants to attract retail that is more Millennial-focused like Urban Outfitters.  Larcher also hopes to attract more local and regional retailers, with a desired 50/50 ratio of national to local tenants.

As an entertainment district, the company plans to add more programming and events.  According to Cushing, new programming tentatively includes outdoor movie screenings, live music on weekends, yoga in the park and more festivals.  Vestar also plans to incorporate public and interactive art throughout the mall through a potential partnership with the Utah Arts Alliance.

“This vision is how we saw it (the Gateway) evolving in the beginning,” said former Salt Lake city council member, Carlton Christensen.

Christensen was on the city council when the Gateway was originally planned in the late 1990s and the Boyer Company was selected to build it.

The surrounding neighborhood has changed significantly in the nearly 15 years since the Gateway first opened.   New office buildings and hundreds of new residential units now surround the mall, with more on the way.  There are nearly 1000 residential units actively under construction within a two-block radius of the Gateway:

Besides needed repairs, Larcher argued that safety issues have been a problem.  According to Larcher, several tenants expressed plans to vacate the Gateway over increasing crime.  Larcher said that the Dicks Sporting Goods store at the Gateway has more merchandise stolen than any of the franchises other stores.  Larcher has promised to improve safety with new rules and stricter enforcement.

Larcher estimates it will take between three to five years for the Gateway to make a complete recovery.  Renovation work should start in the next few months, but Larcher estimates that it could take two to three years for a tenant turnaround because potential tenants will need to see sustained success before committing to a lease.  The boutique hotel will be the final phase of renovations, with construction expected to start in 2019.