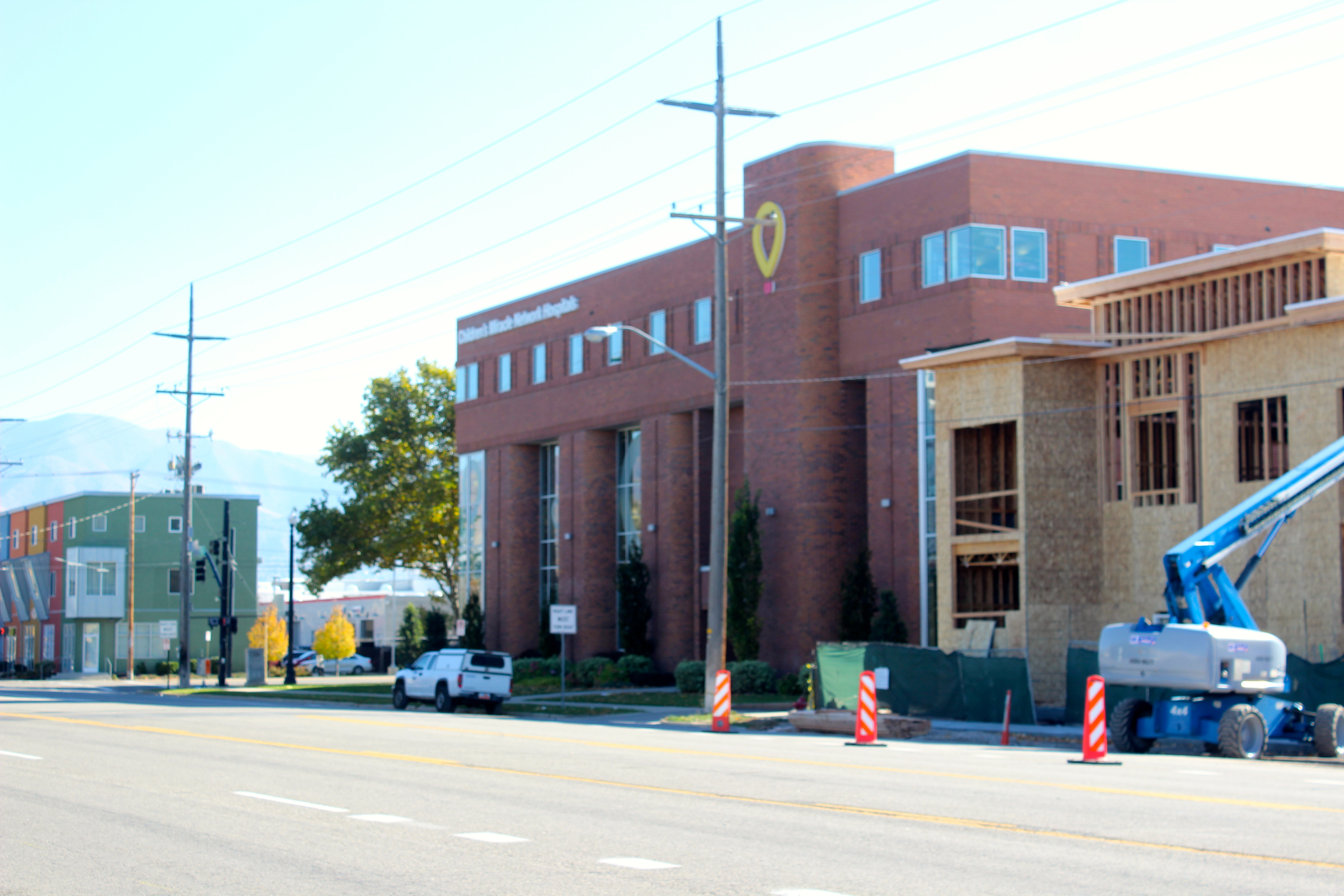 The area around the intersection of 700 South and 200 West has a lot going for it.   It is in the growing Central 9th district.  A TRAX station is just a block away.  There is Angela’s Corner, modern town-home style condos on the southeast corner of the intersection.  At the northeast corner is Brewvies Cinema Pub, a pub and movie theater hybrid and at the southwest corner is the four-story office building that houses the Utah Chapter of the Children’s Miracle Network.

To add to this list is an under-construction two-story office building adjacent to the Children’s Miracle Network offices.  The project, at 223 West 700 South, will replace an older adjacent one-story building.

According to Matt Vankomen, the construction manager on the project, the office building will house the Western Region Nonprofit Housing Corporation and the Utah Non Profit Housing Corporation, which according to the organization is “Utah’s largest nonprofit developer of affordable multifamily housing.”  Both organizations focus on affordable housing for seniors and l0w-income families.

UNPHC’s current offices are next door to the new office building.  When construction is finished, WRNHC and UNPHC will vacate their older 0ne-story office building for the new modern digs.  The older office building will be demolished once both organizations relocate to their new offices.  The new building is much larger and will provide the 47 year-old nonprofit organization space to grow.

The new UNPHC office building has large windows that front 700 South.   The new building has no setback, directly engaging the street level.  The project also has minimal space between it and its four-story neighbor, the offices for the Children’s Miracle Network.  The modern design of the office building will complement the Angela’s Corner condos and hopefully be a catalyst for more development in this area of the city.

With a TRAX station in the neighborhood and proximity to downtown.  The Central 9th neighborhood has promise.  But sandwiched between car dealerships and light industry along 300 West, it will take more of these infill projects to help the area maximize its full potential.