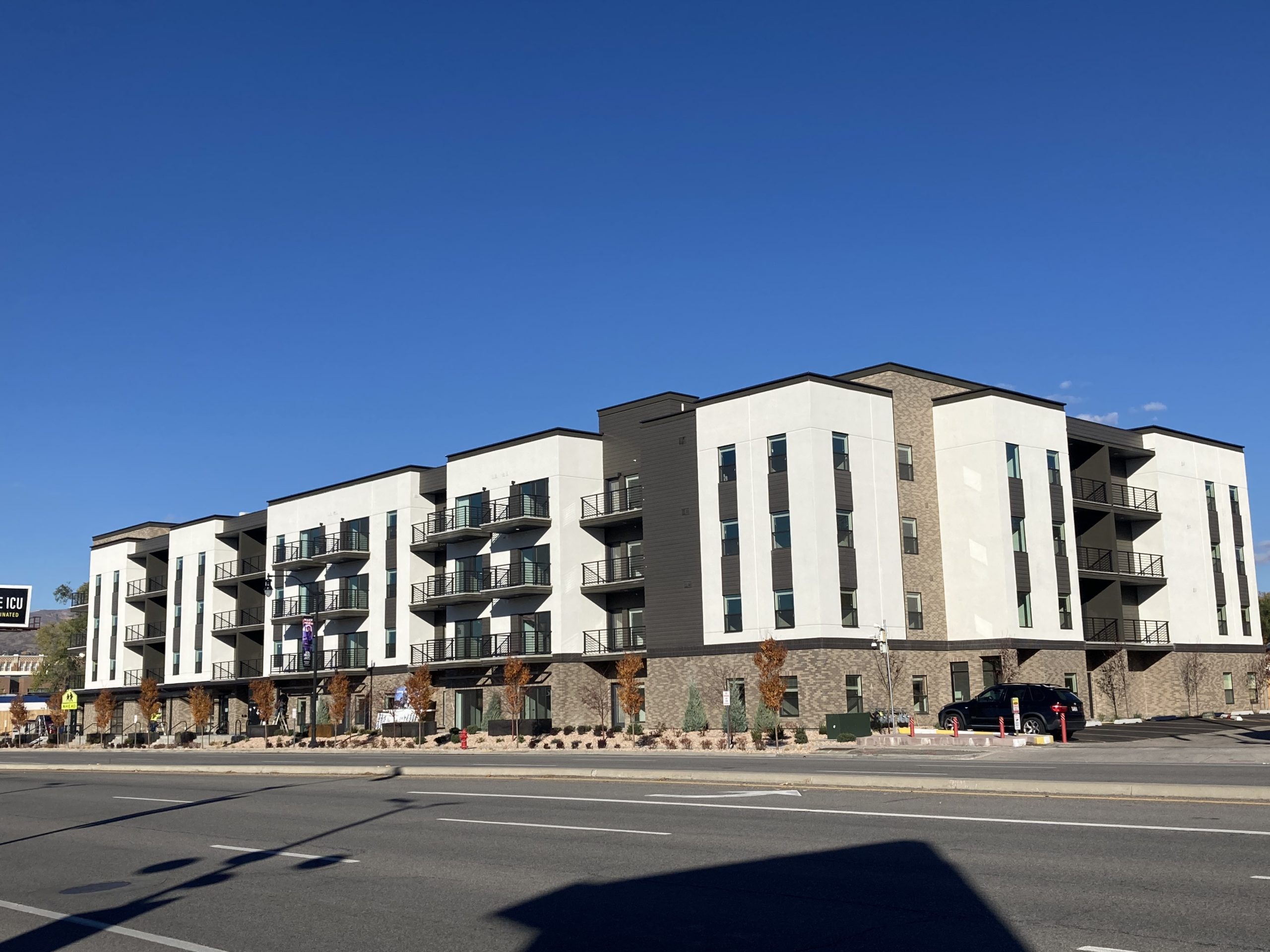 Builders are putting the finishing touches onto a mixed-income apartment building that replaces a former crime-ridden motel on State Street.

Capitol Homes will bring 93 new residences — two-thirds of them rent-restricted — to the Liberty Wells neighborhood. The building replaces the former Capitol Motel at 1749 S. State.

The building has been three years in the making, having secured public financing for about a quarter of the construction cost and endured sky-high costs for labor and materials amid a persistent global pandemic. The result will be some of the only newly constructed homes for extremely low-income residents in Salt Lake City.

The agency was required by contracts with the Salt Lake City Redevelopment Agency to hold rent to levels attainable to those making as low as 0-30% area median income (AMI).

The project will have a parking-to-unit ratio of less than half a space per home, with two small surface parking lots holding 45 stalls total. Wilson Avenue, which had been a dead-end street, will be one of two access points for parking. The other lot will be accessed from State Street.

Incoming residents will be served by one of the state’s most-used bus routes, Route 200, which primarily runs north-south along State Street.

It appears the HASLC missed an opportunity to coordinate with the Utah Transit Authority on creating improved stops for these renters.

Building Salt Lake had been in contact with the agency and UTA for three years about the potential for incorporating a better transit shelter into the final design.

And while Salt Lake City has been working to improve the stops on its lesser-used routes on 500 East, 900 South, South Temple and elsewhere, it appears Route 200 is stuck in a multi-jurisdictional limbo with no apparent plans for improved stops.

State Street is owned by the Department of Transportation, complicating work in the right of way. That’s despite State Street’s dearth of trees and shade and wide road that creates a heat island effect, raising summer temperatures above already sweltering heat.

There are no apparent plans for better stops near Capitol Homes, or for a mid-block crossing at 1791 South to better connect the Liberty Wells and Ballpark neighborhoods.

Still, Capitol Homes tenants will live in one of the more walkable neighborhoods in the capital city.

While it is a hostile place to walk or bike, with narrow sidewalks, infrequent crossings, no bike infrastructure and a near total lack of shade, the areas near State Street are among the most walkable in Salt Lake City, thanks in part to commercial zoning in the area.

The building is adjacent to Qaderi Sweetz & Spices, a full-service international grocery store that also has a cafe. It is within walking distance of shops, restaurants and bars in Ballpark, on the west side of State.

According to materials from 2018, HASLC was to set aside 12 units for residents with disabilities. Five units will serve people previously experiencing homelessness, and another five are set aside for victims of domestic violence. Four units are dedicated to veterans.

The building, which was originally supposed to be completed by fall 2020, is supposed to have space for four local vendors. It appears the building has flex space that might be converted into retail space, but the HASLC doesn’t include that in a list of amenities on the project’s site.

Representatives for the agency didn’t respond to a request for comment on the commercial space or transit facilities.