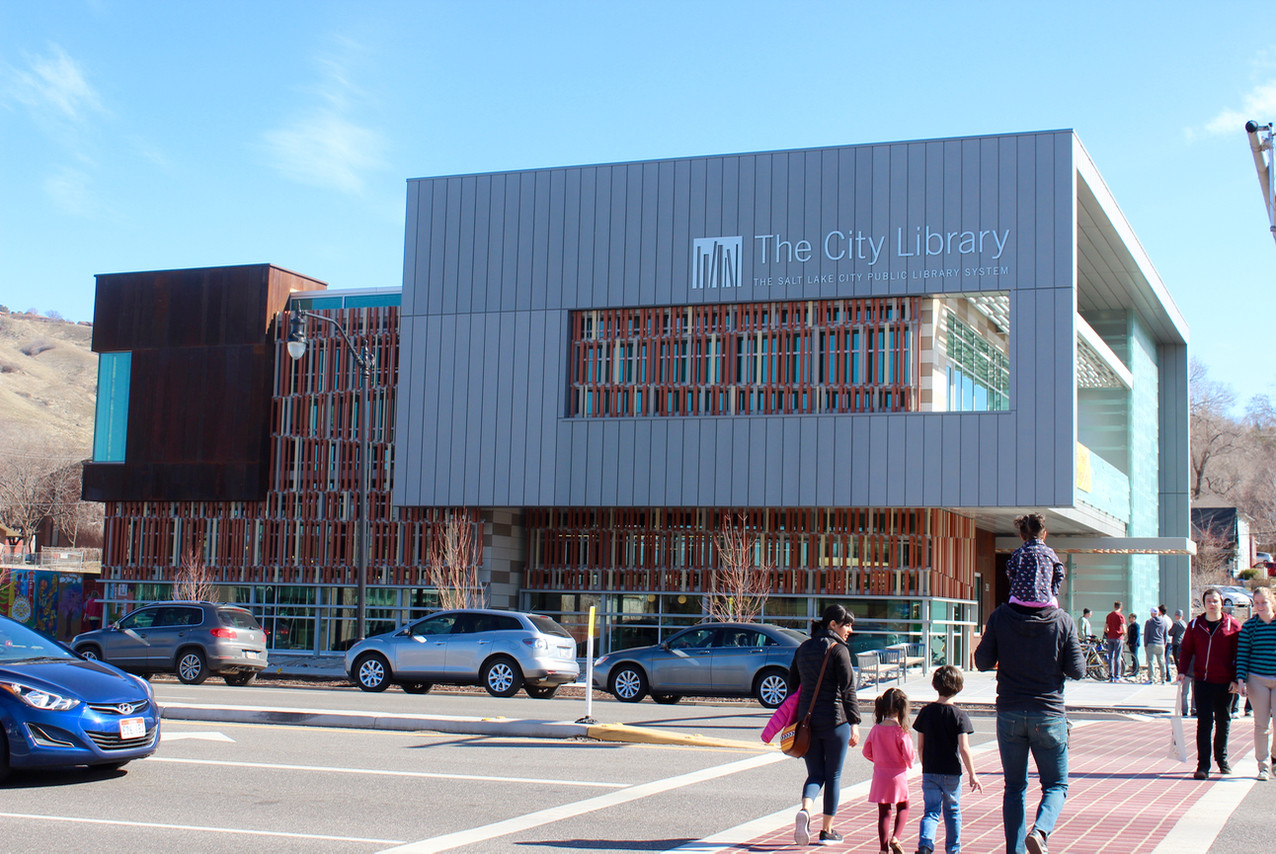 “This will be a place where the community comes together,” said Salt Lake City Mayor Jackie Biskupski.  “This place will help bridge the physical and digital divide in our community.”

The 18,600 square branch features two floors of amenities including: children and youth sections, reading areas, study rooms, computer stations and a multi-purpose room with tiered seating.  The library also includes several gathering places including a first-floor cafe, an outdoor terrace wrapping around the east side of the second floor, and two ground-floor public plazas on the north and east sides of the building.  The building is designed to feel open to the outside with large windows and street engagement with minimal setbacks along both 500 North and 300 West.

The City anticipates that the new library will receive LEED Silver certification.

“It (the Marmalade Branch) will be a catalyst for urban development in the Marmalade,” said city councilmember Derek Kitchen.

In 2005, the RDA entered into exclusive negotiations with developer, Rick Howa to purchase the 500 North block.  Howa proposed 80 condominiums, town homes, cafes and small retail shops.  But Howa struggled to secure the financing needed to develop the project and after the Great Recession hit the project stalled indefinitely.   Howa did build retail space on the west side of 300 West, but that space has spent the last few years almost entirely vacant with just two current tenants, a Subway and a hair salon.

The RDA took the property back from Howa in 2010 after the developer failed to submit revised plans for the site before deadline.  The RDA then revised plans for the block and sought further input from the community.  Residents had long expressed the need for a local library branch.  The nearest library branch was the Main Library in downtown and a library in the Avenues.

The RDA decided to break up the block into different parcels and award them individually to developers. The block was divided into five parcels, with the library considered parcel one.  Construction on the remaining parcels is expected to start later this year.

Everest Builders will soon start to construction on 12 single-family attached townhomes.   All townhomes will have outdoor patio space with the interior units separated with sidewalls and will be three stories consisting of two stories above a garage accessed from a private drive. Half of the townhomes will front a central-block public plaza that will be incorporated into the plaza east of the library. As with the library, the townhomes will be built according to LEED Silver requirements.

Clearwater Homes expects to start construction later this year on the final and largest phase of the Marmalade Block Development, a five-story mixed use project directly north of the library.  The mixed used project could include over 300 residential units.

There are already signs that the project has had a catalytic effect.  The Salt Lake City Planning Commission recently approved a planned development request for the Marmalade Courtyards, a 30-unit residential development between 800 North and Reed Avenue off 300 West.  The project will be less than two blocks north of the Marmalade Block and will include a mix of townhome and condos.

Two blocks south of the library on 400 West, construction is underway on the 4th West Apartments, a five-story, 497-unit mixed-used development at 255 North 400 West.

Continue to the next page to see images of the Marmalade Branch.