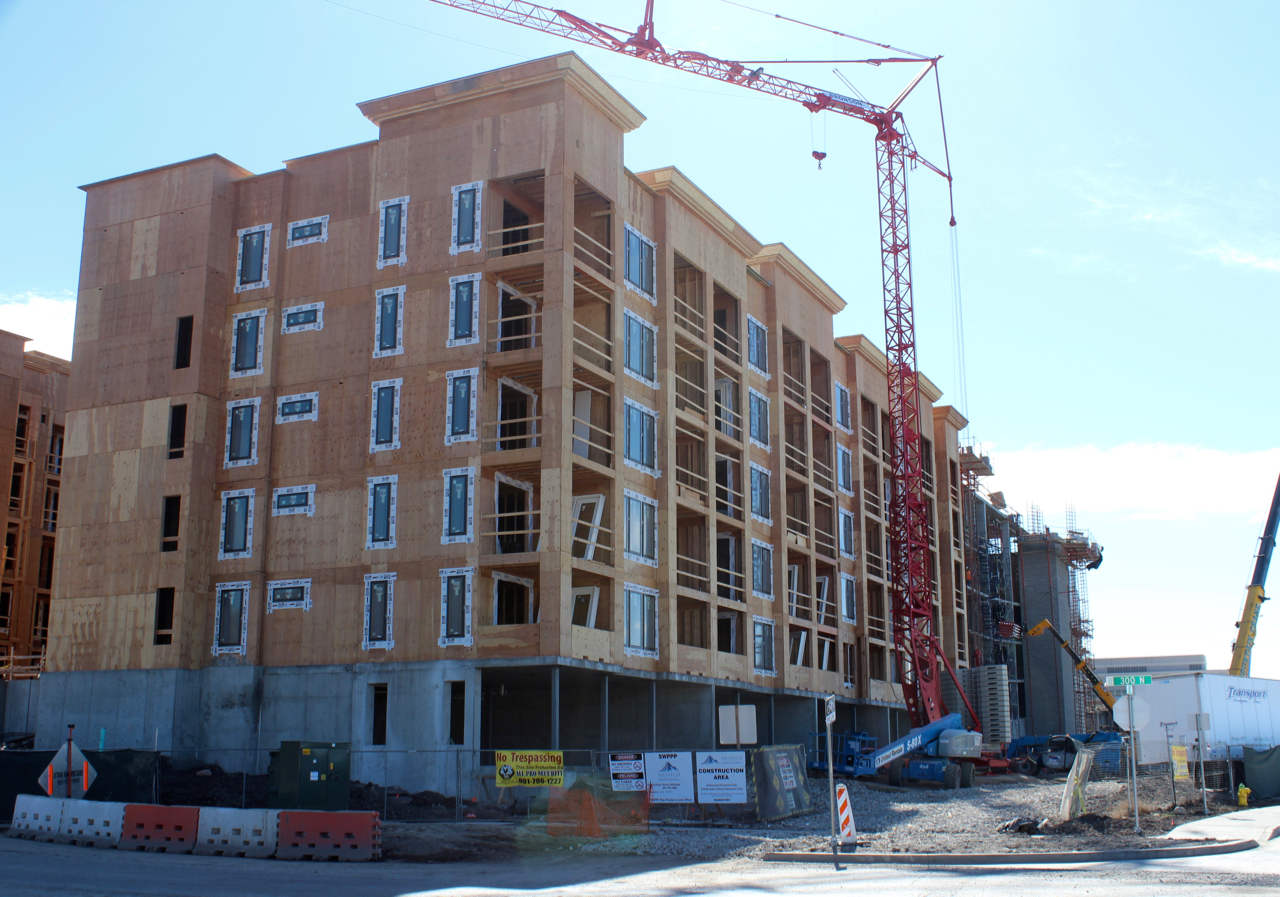 Salt Lake City is experiencing unprecedented growth.  According to James Wood, Ivory-Boyer Senior Fellow at the Kem C. Gardner Policy Institute, more residential units will be development downtown in the next 10 years than were developed in the previous 100.   Wood’s estimation appears in his recently released report from the Kem C. Gardner Policy Institute assessing the downtown housing market.  The report looks at current, historical and future trends of the downtown housing market.  While the report shows expansive downtown growth over the next several years, Wood expects that growth to taper off in the next decade.

According to Census Data, in 2010 there were 5,200 rental units in the downtown market area (I-15 to 700 East and North Temple to 400 South).  Wood estimates that an additional 1,900 units have been added since 2010, bringing the total to 7,100 rental units in and around downtown.  Wood estimates there are an additional 2,000 units currently under construction.   That number grows to 2,670 if you include the Liberty Boulevard Apartments, under construction near the 400 South and 700 East intersection, and the 4th and 4th and the Milagro Apartments that are in the early stages of construction (with hundreds more under construction in the Sugar House and Central Ninth neighborhoods).  In all, Wood estimates that 3,000 more units and 20,000 new residents will be added to the downtown market by 2020.

Wood assesses that the low rental vacancy rate, currently hovering around 3 percent, means that Salt Lake’s downtown market will be able to absorb the new units.  But by 2020, Wood expects the growth to slow and rents to stabilize as the vacancy rate returns to a more normal level.

While Wood’s report just looks at the greater downtown area, a report commissioned by Mayor Jackie Biskupski’s office anticipates that the city will add 7,610 residential units and 28,000 new residents in the next 10 years.  That report, by Lewis Young Robertson & Burningham, Inc. and is part of the Impact Fee Draft Plan intended to replace the current Impact Fee Facilities Plan adopted in 2012.

The numbers in both reports could be conservative as both plans don’t separate the demand for market rate from the demand for affordable units.  City officials estimate that there is an affordable housing gap of 7,500 units in the city.  The City Council acting as the Board of Directors of the Redevelopment Agency of Salt Lake looks to expand affordable housing in the city through the redistribution of RDA funds, which could add hundreds of new affordable units to the market over the next several years.

Both reports look at historical housing trends to predict future growth.  As the current growth has surpassed historical growth rates, the city could very well surpass current projections.  Building Salt Lake estimates that there are over 6,500 residential units in development or under construction, meaning that the city could add the 7,610 expected new units in as little as five years instead of ten.