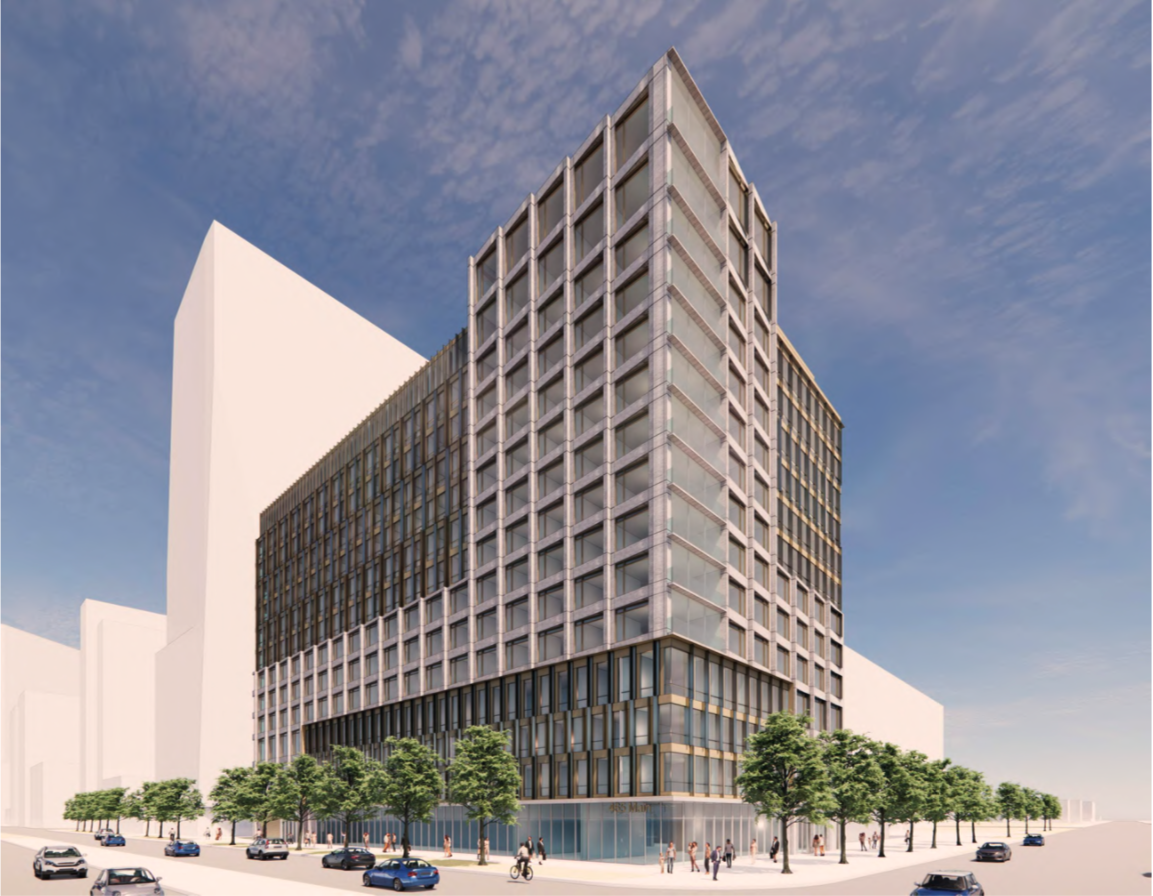 We now have specifics about the adjoining residential high-rise that will continue the movement of the city’s urban core southward in the latest proposed infill project of south Downtown.

The development would continue the ongoing trend of high-rise building in Salt Lake City’s center, where local and out-of-state developers are teeing up what will become a rapid transformation of the city’s skyline and urban ground-floor over the coming three years or so.

The 465 Main apartments will infill a vacant site near the Salt Lake County District Attorney’s office on the east side of Main. Its 235-foot Main Street frontage would hold space for retail, a lobby, mailroom, entryway and 28-foot wide parking entrance.

The parking entrance would be just south of the entrance of another parking garage, setting up what may be a 60-foot pedestrian dead zone, though it will replace an existing 440-foot gap that is currently managed by the county.

The frontage on the car-dominant 500 South will be just under 100 feet long, with a lobby and no retail.

“The ground floor will be pedestrian retail that engages the street and the TRAX line. The upper floors will all be residential apartments, with a fifth-floor amenity deck and a rooftop terrace,” the Provo-based PEG Companies wrote in the design review submission. “Parking will be housed behind the first floor retail and will be a parking stacker system.”

Car parking will be stacked within seven out of 15 levels.

The 465 Main apartments and neighboring office tower will be built on 1.58 acres of land that’s owned by Salt Lake County.

An adjacent portion of the county’s land will see the construction of 23 stories and 425,000 square feet of Class A office space by Hines and JLL.

The multiple levels of private car parking would be built after the City Council is likely to get rid of minimum parking requirements for new residential buildings in the D-1 Downtown zone. It continues a trend of new buildings exceeding existing and future parking minimums while the city grapples with the debate over a parking ordinance rewrite.

Parking is known to drive up the cost of housing, as space that’s used to store idle cars could otherwise be used for housing human beings and affects the bottom line of development.

The City Council is set to consider updating the parking minimums in parts of the city this summer.